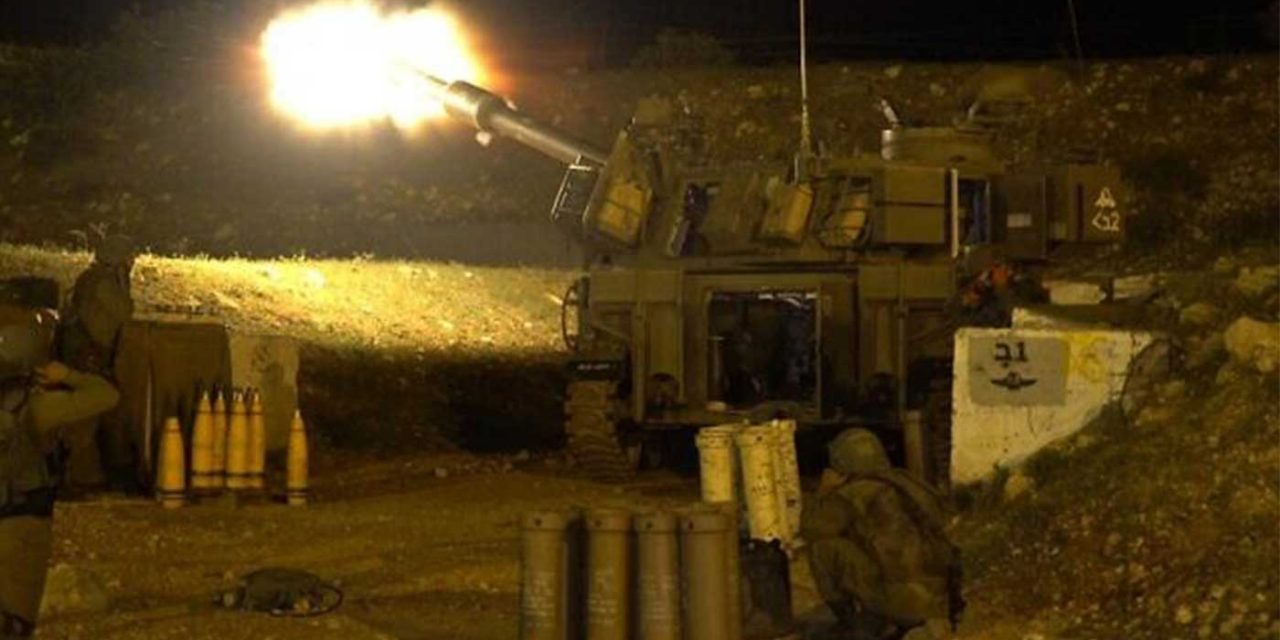 A rocket was fired into Israel from Lebanon in the early hours of Monday morning. The IDF responded by striking Palestinian terror sites in Lebanon.

The rocket was fired at Israeli civilians, exploding in an open area near Kibbutz Matzuva.

Palestinian terror factions operate inside Lebanon and it is likely the rockets same from one of these groups. It is also likely that Hezbollah had given approval for the rockets to be launched prior to the attack.

“IDF artillery is now attacking targets in Lebanon and firing at the launch area in retaliation for the rocket fired into Israeli territory,” the IDF said in an initial statement. Later it said it struck the launch area with dozens of artillery shells, as well as “an infrastructure target,” without elaborating further.

IDF has published video of artillery fire against a position in southern Lebanon in response to rocket fire from the country overnight. pic.twitter.com/HVT3ZVvHOe

“We reacted in a quick, deadly and effective way,” said Captain Yotam Zeituni, the commander of the artillery battery that responded to the rocket fire.

There were no immediate reports of casualties or damage in Lebanon. No terror group has claimed responsibility.

IDF spokesperson Ran Kochave said he believed it was a Palestinian attack.

“It is estimated that these are Palestinian factions and that this is related to the Ramadan period and the events of the Temple Mount,” he said.

The United Nation’s peacekeeping force that operates on the border between Israel and Lebanon called for calm following the retaliation.

“A rocket was launched from Lebanon toward Israel early this morning. Israel Defense Forces are returning fire with dozens of shells. UNIFIL Head of Mission and Force Commander @aroldo_lazaro urges calm and restraint in this volatile and ongoing situation,” UNIFIL tweeted.

Let’s continue to keep Israel in our prayers. They are being attacked by terrorists on their borders and from within, so they must be vigilant as always to the evils of the radicals who hate them.