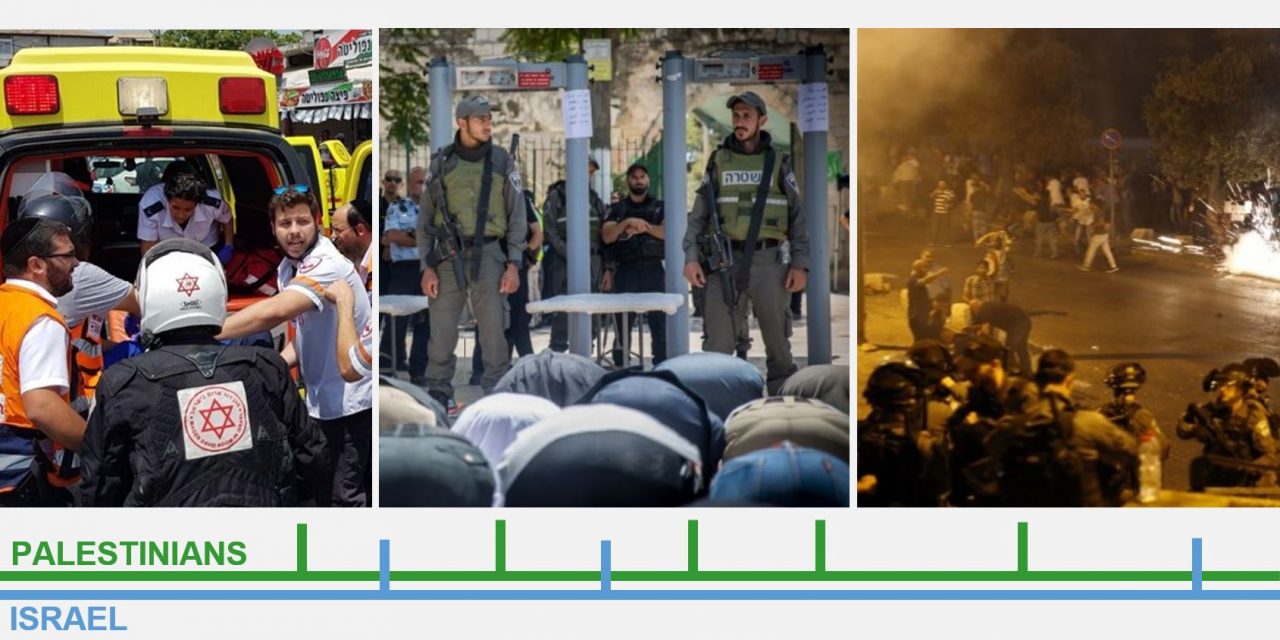 Over the past week, tensions have escalated over access to Jerusalem’s Temple Mount. Following the deadly Palestinian terrorist attack at the Temple Mount on 14 July, Israel responded by increasing security and placing metal detectors at the entrances. The move sparked outrage from the Islamic world with Palestinian leaders inciting violent protests.  But the international media has almost put aside the real cause that has led to these tensions, placing equal responsibility on Israel, or even worse, blaming on Israel entirely.

This is why we have created a timeline of events that have led to the recent escalation since 14 July 2017, which has come after months and years of incitement by Palestinian leadership and lack of condemnation from the international community.