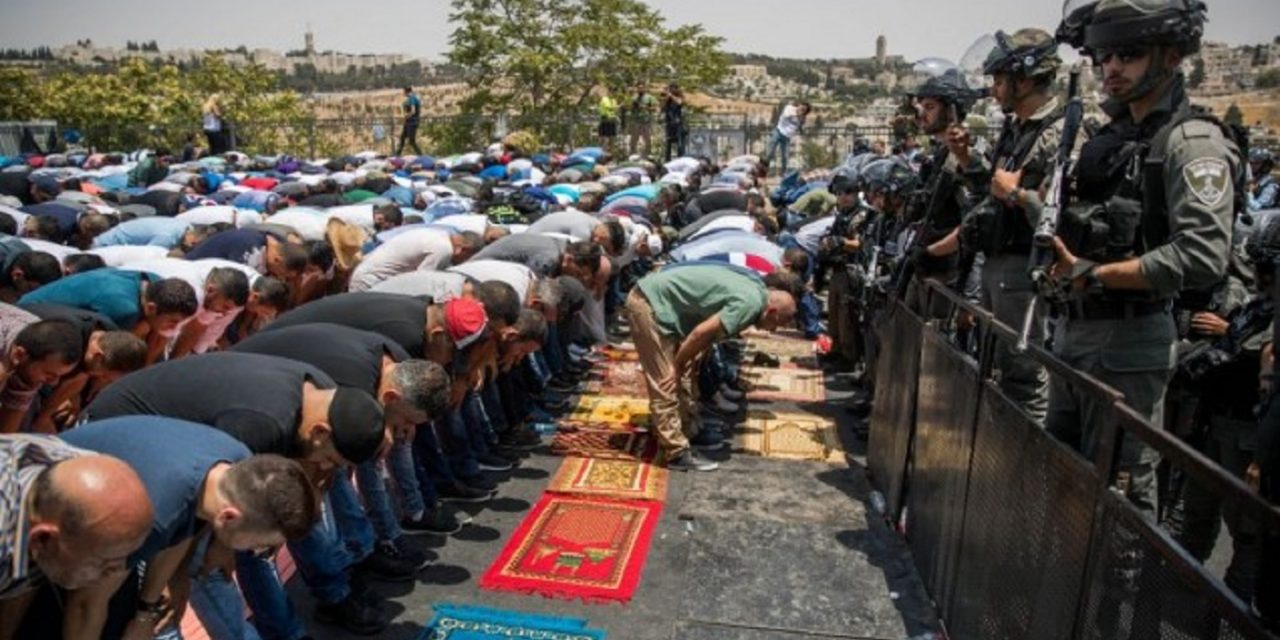 Muslim leaders have urged followers to keep up their prayer protests and avoid entering the Temple Mount, even after Israel dismantled metal detectors which initially triggered the tensions.

Israel said it would replace the metal detectors with new security arrangements based on “advanced technology” to be installed in the next six months – which reportedly refers to sophisticated cameras.

However Muslim clerics have demanded that Israel should restore the situation to what it was before it installed the metal detectors last week.

Mohammed Hussein, the top Muslim cleric, or mufti, in Jerusalem, said: “We need to know all the details before we decide to pray inside the compound.”

Muslim worshippers responded with dozens performing noon prayers in the streets outside the Temple Mount on Tuesday.

The continued protests meant that the escalating crisis between Israel and the Muslim world, which began in mid-July, was not defused, even after Israel backed down over the metal detectors.