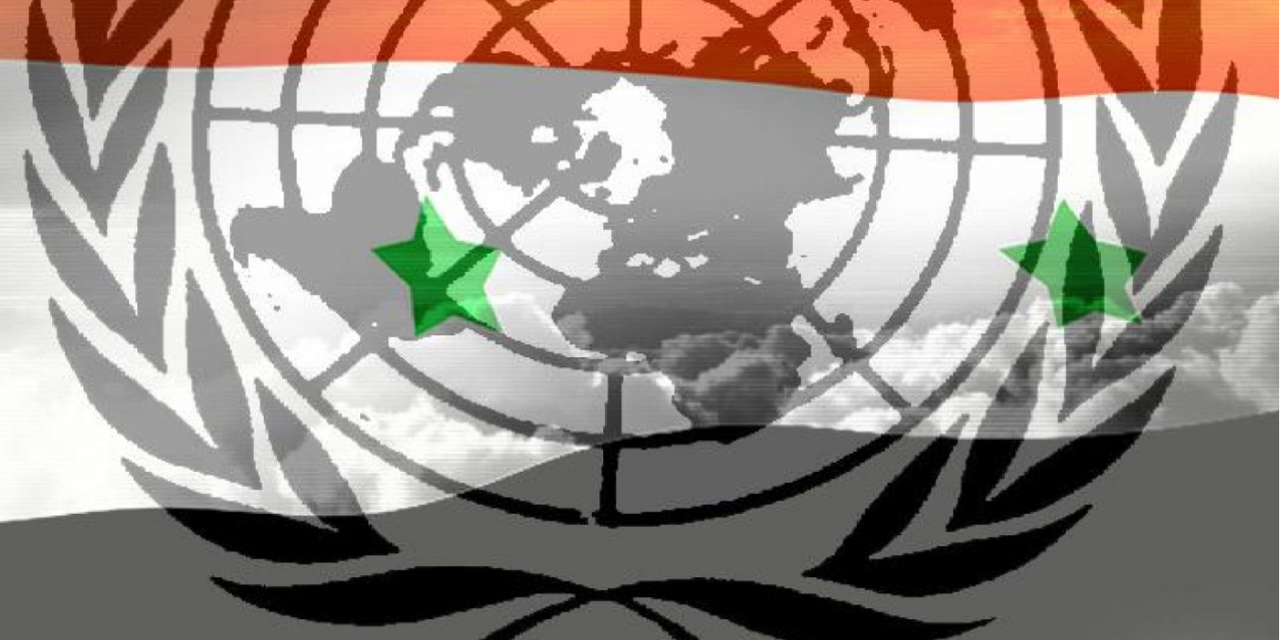 Syria is set to chair the UN Disarmament Conference, which deals with the control of nuclear weapons, according to UN Watch.

Syrian Ambassador Hussam Edin Aala will chair from 28th May until 24th June.

It comes despite the Syrian regime allegedly launching a chemical attack near Homs last Saturday.

This not only further questions the credibility of the UN but would legitimise the Assad regime, which has been accused of war-crimes.

The 65-nation Conference on Disarmament, based in Geneva, has also negotiated the Nuclear Nonproliferation Treaty, considered the cornerstone of nuclear disarmament efforts, as well as the convention against biological weapons

The UN Watch executive director, Hillel Neuer, has strongly stated his views regarding this rather cynical appointment.

Neuer stated that “Having the Syrian regime of Bashar al-Assad preside over global chemical and nuclear weapons disarmament will be like putting a serial rapist in charge of a women’s shelter.”

“The Assad regime’s documented use of chemical weapons remains the most serious violation of the Chemical Weapons Convention in the treaty’s twenty-year history,” said Neuer. “We urge the UN to understand that at a time when Syria is gassing its own men, women, and children to death, to see Syria heading the world body that is supposed to protect these victims will simply shock the conscience of humanity.”

Whilst some may excuse that this is only part of an automatic rotation, UN Watch is urging the UK, the US, France, Germany and the UN chief Antonio Guterres to reject this and refuse to send ambassadors.

In the past, there have been cases where countries have tolerated similar decisions. Canada and the US pulled out while Iran was chair in 2013 and When Syria was elected to a UNESCO human rights committee in 2013, the head of that UN body went on record to say that the election was wrong. “Given the developments in Syria, the director-general does not see how this country can contribute to the work of the committees.”

“A country that flagrantly violates the chemical weapons convention, and which was reported to the UN Security Council by the International Atomic Energy Agency for its covert construction of a nuclear reactor and found in breach of the Nonproliferation Treaty, should be barred from any formal positions in UN bodies dealing with the such vital matters as biological, chemical and nuclear weapons disarmament,” said Neuer.

Neuer stressed that “The Assad regime simply cannot be a credible chair of this or any other United Nations body. Syria’s use of deadly chemical weapons and its illegal pursuit of nuclear weapons, in breach of its disarmament obligations, run counter to the objectives and fundamental principles of the Conference on Disarmament itself. Syria’s chairmanship will only undermine the integrity of both the disarmament framework and of the United Nations, and no country should support that.”

About the Conference of Disarmament

The Conference of Disarmament (CD) reports to the UN General Assembly and is billed by the UN as “the single multilateral disarmament negotiating forum of the international community.”

Established in 1979 after a special UN General Assembly session, the CD is made up of 65 countries who have been divided in recent years on key issues.

The conference and its predecessors have negotiated such major multilateral arms limitation and disarmament agreements as: