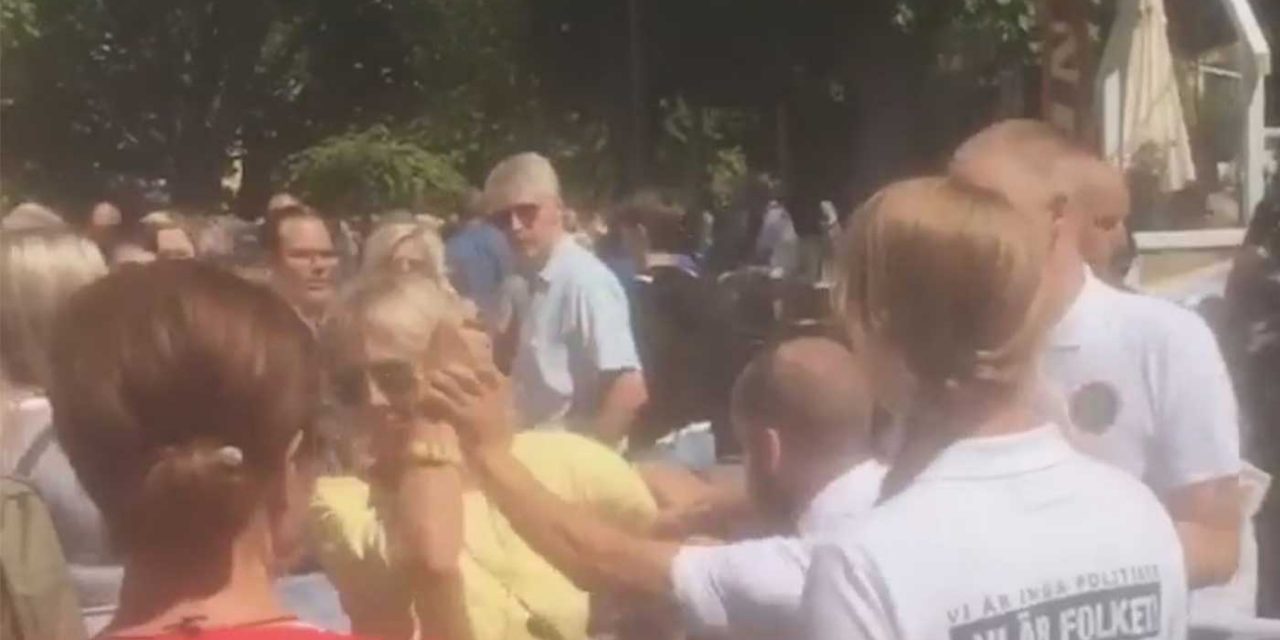 Two Swedish supporters of Israel have been assaulted by Swedish Neo-Nazis at a political festival this week.

The incident took place on the island of Gotland, south of Stockholm, where Almadelan Week, an annual festival for political, media and political groups, was taking place.

At the event, the Israel-Sweden Friendship Association had a pavilion, an annual occurrence for the group.

The Neo-Nazis, part of the Nordic Resistance Movement gathered around the pro-Israel pavilion for what they said was a “protest demonstration”.

Shocking footage shows the Neo-Nazis holding their banner over the Israel flag. When a woman, Christina Toledano Asbring, tried to intervene, several men violently grabbed and shook her before pushing her to the ground.

Other members of Israel-Sweden Friendship Association began calling the police and calling for help.

Another member of the group, Stefan Dozzi, who is the pro-Israel group’s secretary was also lightly injured in the scuffle. She was hit in the head by one of the Nazis and was treated by medics for minor injuries.

Christina Toledano Asbrink, the woman who was assaulted in the video said she was both angry and upset, but said “we will not be cowed into silence. We’re still here”.

The day before the incident, it is reported that members from the same neo-Nazi group came by “asking strange questions”.

No arrests have been made, but police are said to have increased their presence and are monitoring the activities of the neo-Nazis.

We often hear from anti-Israel demonstrators that the “far right” to which they mean to be “neo-Nazis” support Israel or hold Israeli flags during demonstrations. How do they explain this one?