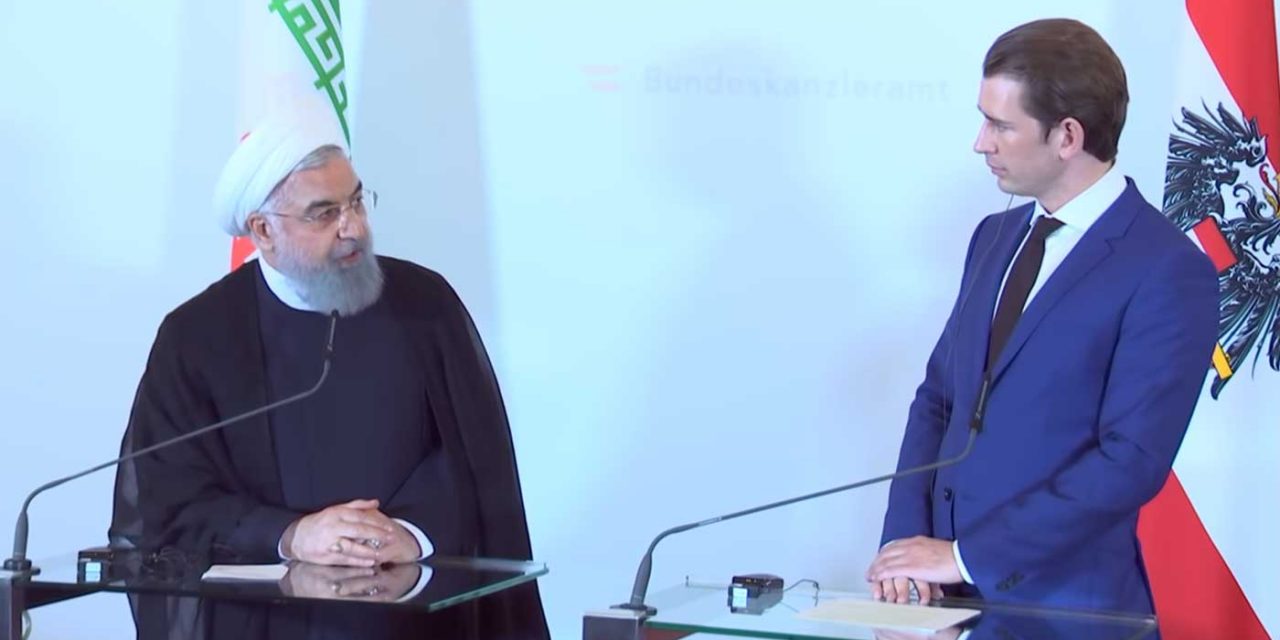 Austrian Chancellor Sebastian Kurz had strong words for Iranian President Hassan Rouhani when they met for a press conference in Vienna on Wednesday.

Kurz said it was “absolutely unacceptable” to question Israel’s right to exist, to call for the destruction of the Jewish state or to deny the Holocaust.

He also emphasised that Austria was “unconditionally committed” to Israel’s security and to combating anti-Semitism.

Kurz said all of this directly to Iranian President Rouhani.

“The concerns of Israel have to be taken seriously. Austria is unconditionally committed to the security of Israel and its citizens,” said Kurz, according to a statement from an official spokesperson.

“During this memorial year (Israel’s 70th anniversary) we are particularly aware of our historic responsibility. We strongly condemn all forms of anti-Semitism as well as any form of downplaying or denial of the Holocaust,” he added.

In my meeting with President #Rouhani I also emphasized that #Israel’s security is non-negotiable for us. Questioning Israel’s right to exist or downplaying the #Holocaust is absolutely unacceptable. 2/2

Rouhani has regularly called for the destruction of Israel. Last month, on Al-Quds Day (the day calling for  Rouhani’s message to the Iranian people was a repeat of this call.

“I believe the land of Palestine will be returned to owners of the land with the help of god.”

His hard-line talk has drawn praise from Iran’s elite, but below the surface an anti-regime feeling is being stirred.

For the past few weeks, millions of Iranians have taken to the streets to protest against the Ayatollah’s and Rouhani’s regime and their funding of terrorism in the region.

Protesters chanted phrases such as “Death to Palestine” and “Not Gaza. Not Lebanon. I sacrifice my life only for Iran”.

Another video shows a different crowd chanting “Palestine and Syria are the reasons for our misery”.

All of these chants link directly to the Iranian regime’s funding of terrorism.

In Gaza, Iran gives money and arms to Hamas and the Palestinian Islamic Jihad terror organisations. In Lebanon, Hezbollah is being heavily financed by the Iranian regime. And in Syria, Iranian troops are in the country, backed up by Hezbollah fighters. Iran funds terror here in order to carry out attacks (presently or in the future) against Israel.