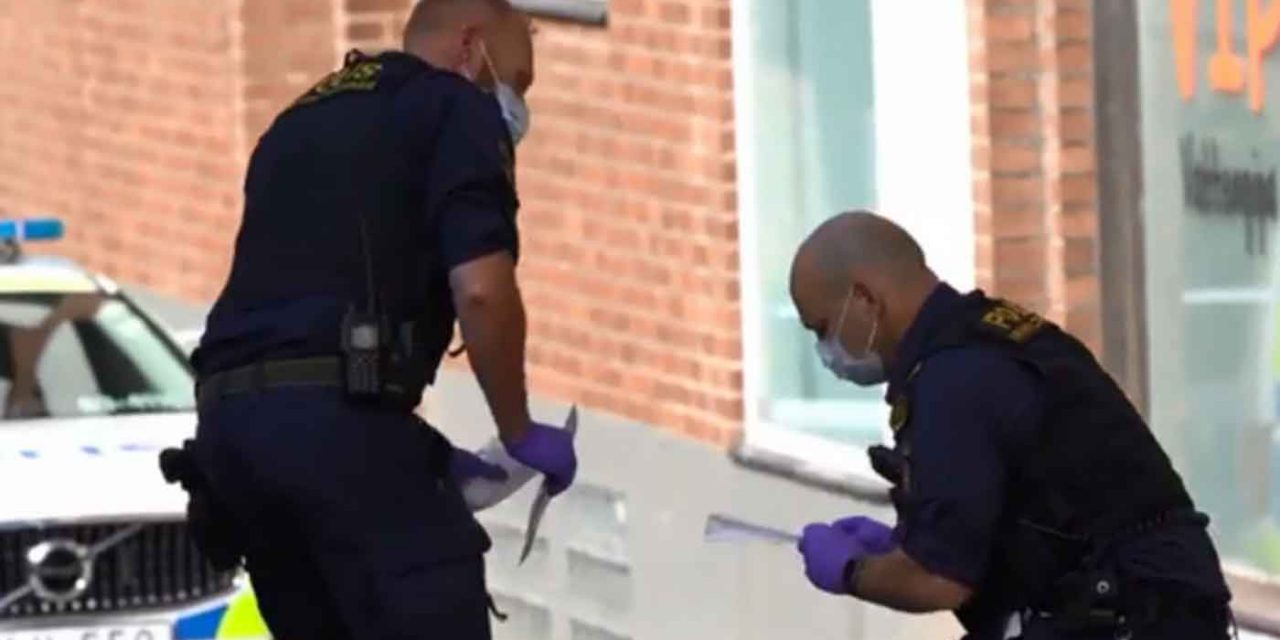 Update (15/05/2019): A man was arrested on Tuesday night in Denmark in connection with the stabbing of the Jewish woman in Sweden. It is said that the suspect was known to police and they issued an arrest warrant. There is speculation that the suspect was Muslim and committed the attack because the woman was Jewish, in other words, it was an anti-Semitic attack (although this is not confirmed). The woman was the wife of the Jewish leader of Helsingborg’s Jewish community. She remains in a critical condition.

A Jewish woman is fighting for her life after she was stabbed on the street in the centre of the Swedish city of Helsingborg early on Tuesday morning.

The woman, who is around 60 years old and reportedly an active member of the city’s Jewish congregation, was on Tuesday afternoon in hospital being treated for life-threatening injuries.

According to Swedish daily Aftonbladet a witness to the stabbing saying the woman cried out in English, “Help me! Help me!”

#BREAKING: Jewish female in her 60's was stabbed 9 times and critically wounded in the Swedish city of #Helsingborg pic.twitter.com/06DZiESfE9

“We don’t know if it’s a coincidence or if the attack has something to do with her being active in the congregation,” one of the congregation’s members told Swedish state television broadcaster SVT.

“We are deeply shocked. It’s a really wonderful and helpful person who has been subjected to this tragic event.”

A police source told the Sydsvenskan newspaper that officers were as yet unsure if the attack was anti-Semitic. “That is something we are analyzing right now,” the source said.

Police have increased security around Jewish centres in the city as a precaution, local media reported.