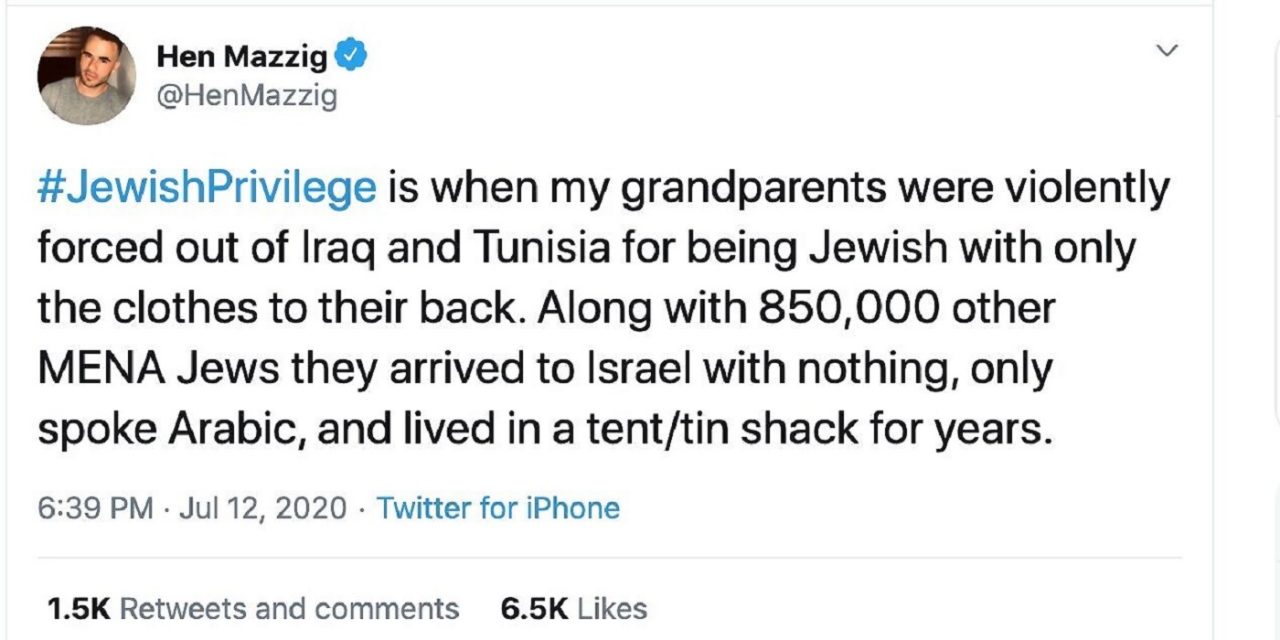 The Twitter hashtag “#JewishPrivilege” has been used by anti-Semites and conspiracy theorists for years, but over the last few days has instead become a locus for personal accounts highlighting discrimination faced by Jews over the centuries and today.

The campaign, reportedly kicked off by Israeli writer and activist Hen Mazzig, has drawn Jewish celebrities and others, and brought attention to anti-Semitic hate continuing to spread on social media.

Mazzig used the tag to tweet about his family’s history of being evicted from their homes in Iraq and Tunisia, and encouraged others to use the hashtag as well.

“#JewishPrivilege is when my grandparents were violently forced out of Iraq and Tunisia for being Jewish with only the clothes to their back,” Mazzig wrote. “Along with 850,000 other MENA [Middle East and North Africa] Jews they arrived to Israel with nothing, only spoke Arabic, and lived in a tent/tin shack for years.”

“I want all my Jewish followers to share the ‘Jewish Privilege’ them and their families experienced,” continued Mazzig, who has over 30,000 followers. 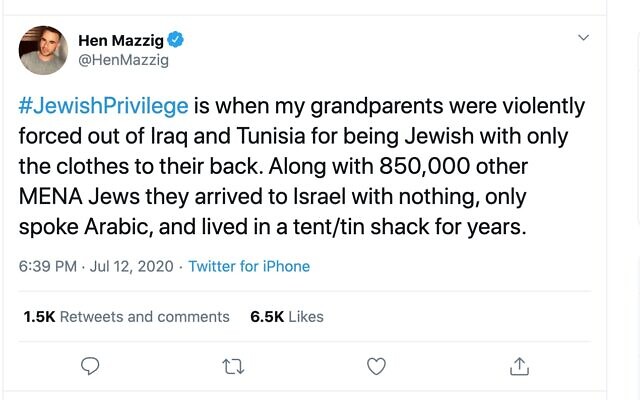 Mazzig later told the Jewish News: “The idea that there is an inherent ‘Jewish Privilege’ is anti-Semitic.”

“When I saw the hashtag trending last week I was dumbfounded,” he said. “I encouraged my followers to share family stories to flip the conversation and expose how insane this idea is.”

There have since been over 100,000 posts on Twitter with the hashtag, some still with anti-Semitic content, but many by Jewish people highlighting their own experiences.