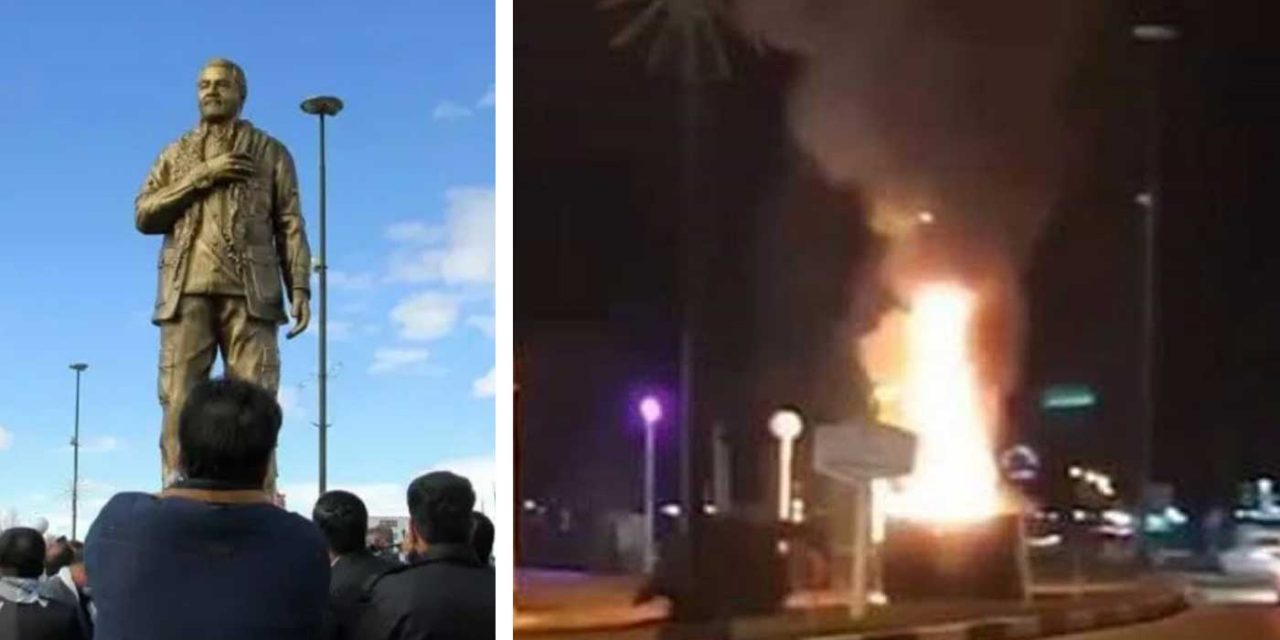 Soleimani was assassinated by a US drone strike next to the Baghdad International Airport on January 3, 2020. The second anniversary of the assassination was marked this week.

Video reportedly from the scene on Wednesday night showed the statue engulfed in a pillar of fire in the middle of a roundabout.

Mohammad Ali Nekounam, the representative of Supreme Leader Ali Khamenei and the Friday prayer leader of Shahrekord, compared the burning of the statue to the assassination of Soleimani, saying “this crime in the dark of night is like the same crime in Baghdad airport that in the privacy of the night and at the height of cowardice, and it will make Hajj Qasim position in the hearts more stable.”

The statue of Soleimani had just been unveiled on Wednesday morning. The six-meter tall statue was worth about 150 million Tomans or about $35,500, according to ISNA.

This is not the first time a statue of the former Quds Force commander has been torched in Iran.

In August of last year, a statue of Soleimani was torched in the city of Yasuj in southwestern Iran.