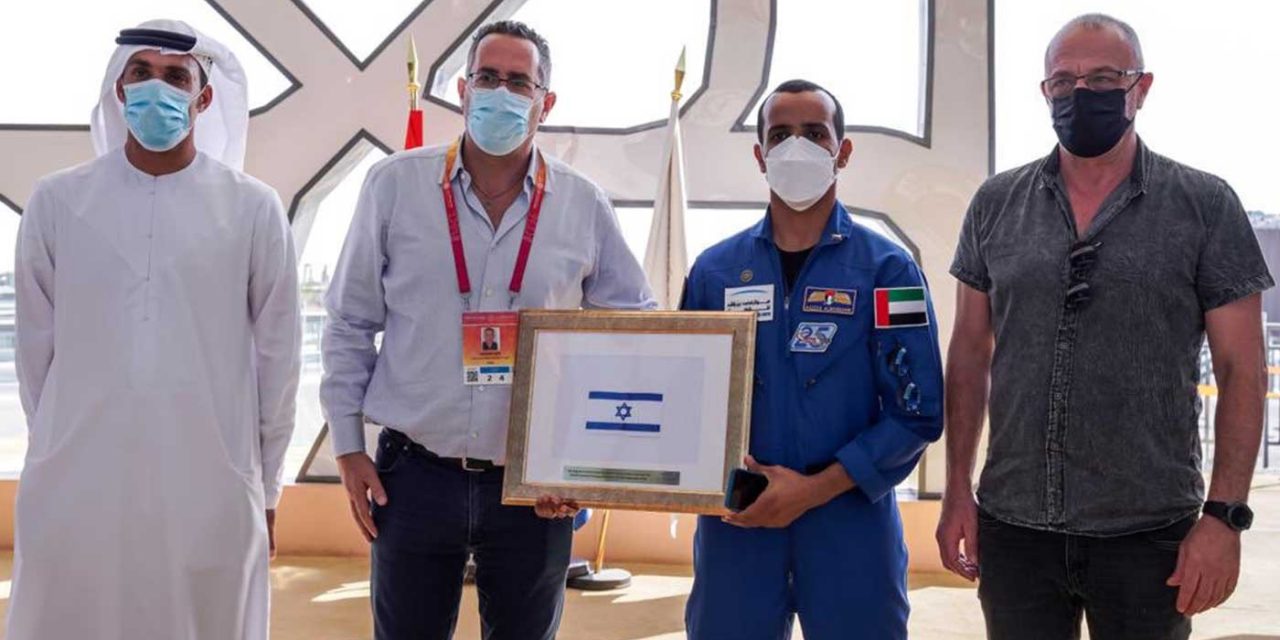 The first Emirati astronaut brought an Israeli flag with him when he traveled to the International Space Station in 2019, the director-general of Israel’s Foreign Ministry said Thursday.

Alon Ushpiz said in a tweet that Hazzaa al-Mansoori gifted the flag to Israeli officials during a visit this week to the Israeli pavilion at the Expo 2020 in Dubai.

This morning we hosted a very dear & special guest at the Israel pavilion at @ExpoDubai2021, the first Emirati astronaut. @astro_hazzaa gifted us with an Israeli flag he took with him on his first mission to the International Space Station. Thank you (& may the force be with you) pic.twitter.com/DGdgXzJmSG

“This is a gift for all Israelis,” al-Mansoori said at the pavilion, according to the Ynet news site.

“I am happy to be here and to give the Israeli flag as a gift to the people here and to the public in Israel,” he said.

The astronaut’s trip — the first by an Arab to the International Space Station — came nearly a year before Israel and the United Arab Emirates agreed to normalize diplomatic ties as part of the United States-backed Abraham Accords.