‘Shoot a Jew in the head’ graffitied near Toronto university 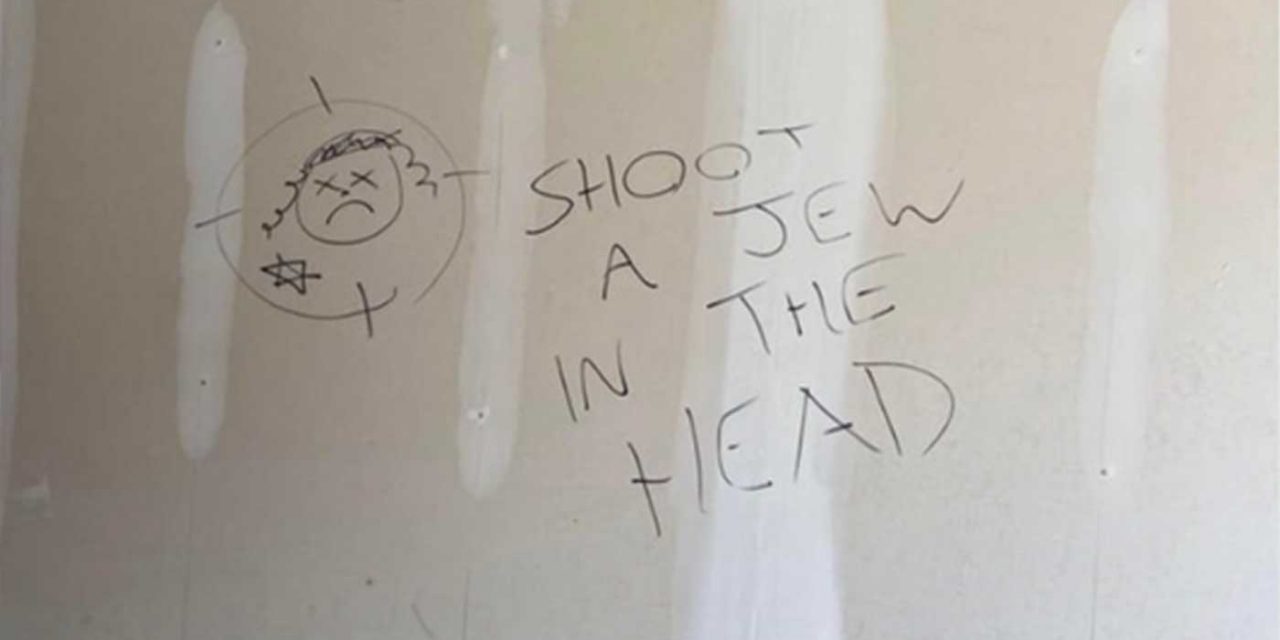 Graffiti inciting to shoot Jews in the head was discovered near Toronto’s York University on Wednesday, the university said in a statement on Thursday.

The graffiti, according to an image shared by B’nai Brith Canada, depicts a dead Jew with a kippa and sidelocks in a gun scope’s crosshairs. Next to the cartoon, the text “shoot a Jew in the head” is scrawled on the wall.

06/08 – Graffiti in the Village outside of York University says to "Shoot a Jew in the head". @YorkUniversity @bnaibrithcanada @jaimekr #Jewish #Toronto #Antisemitism #Canada #YorkUniversity pic.twitter.com/2PmGyOerAh

“The university learned of hateful and antisemitic graffiti that was reported to be found in “The Village” neighborhood yesterday,” York University said in its statement. “Many students live in this area close to the Keele Campus. York University denounces this hateful, antisemitic act and reported to [Toronto Police]Hate Crimes Division.”