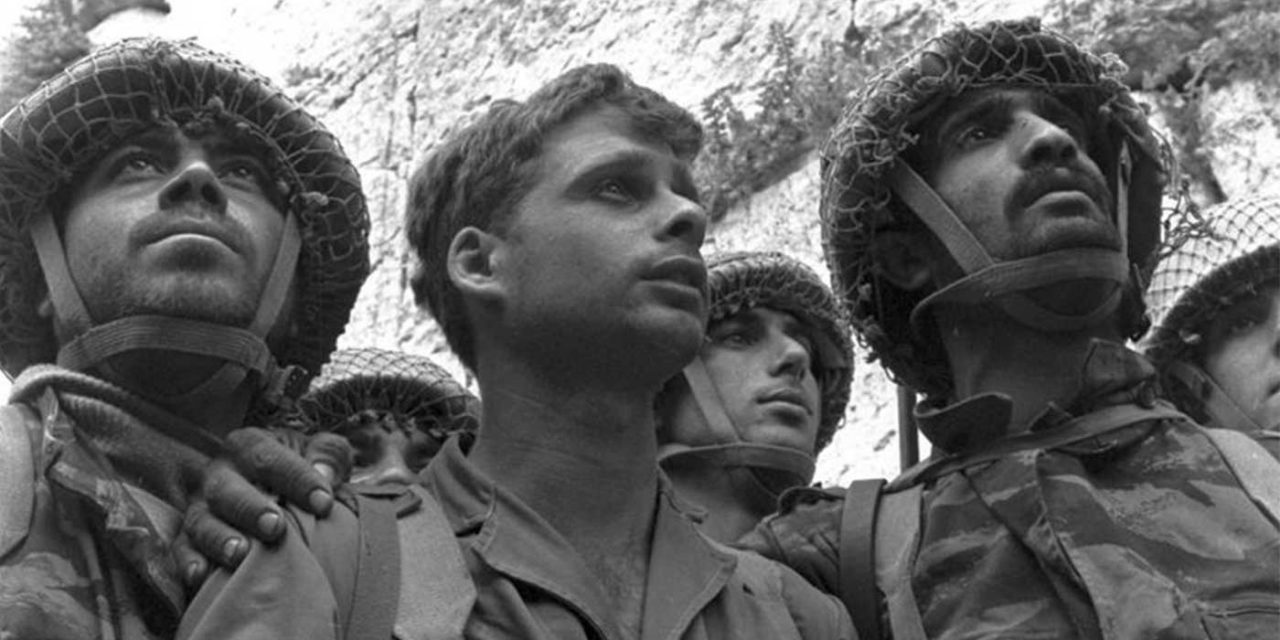 In 1967, Israel faced an invasion of nearly half a million Arab troops positioned along every border. Increasing terrorism and attacks along Israel’s borders had plagued Israelis for years. Arab leaders spoke openly of their desire to “wipe Israel off the map,” and to massacre every Jewish man, woman, and child. Israel’s allies in Europe and the United States refused to intervene and warned Israel not to start a war.

But by June 1st, it was clear that if Israel did nothing, the Arab armies on its borders would indeed wipe out the Jewish state. Lebanon, Jordan, and Iraq joined Syria and Egypt in preparations to invade Israel. Then, in the early morning of June 5th, Israel’s air force launched a surprise attack on Egypt’s planes while they were still on the ground.

Israel would continue to fight and win miraculous victories over the enemy armies for five more days. By the end of the Six Day War, Israel had captured enough land to triple in size. The land Israel captured during the Six Day War included the Sinai Peninsula, the Golan Heights, the Gaza Strip, and the ancient biblical heartland of Judea and Samaria. And finally, after thousands of years of waiting, they liberated the Old City of Jerusalem.

Most of the land Israel won would eventually be willingly exchanged for promises of peace, but Jerusalem was too precious to give up. After 19 years of painful separation, the Jewish people again had access to their holiest sites. Under Israeli authority, Jerusalem was made safe for people of all religions to reside and freely worship according to their own faith traditions.