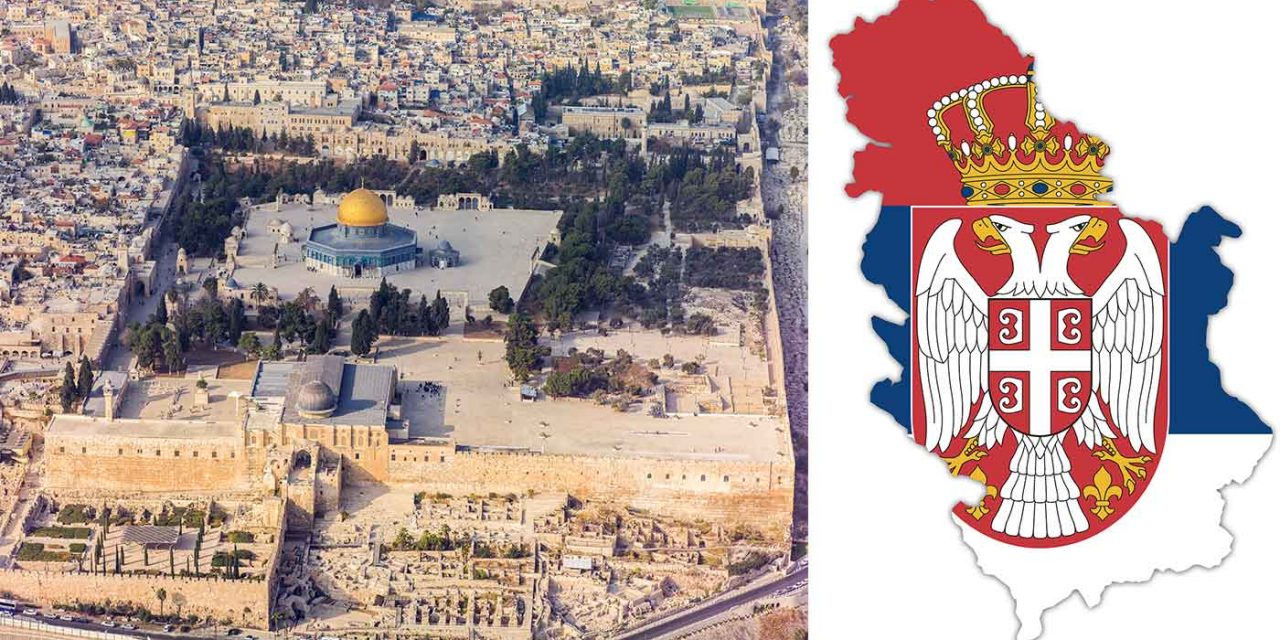 Serbia is planning to open an “official state office” in Jerusalem, the country’s president announced last week, joining a growing number of countries that have diplomatic missions in Israel’s capital city.

“We are in a very complex situation in our region. And you should understand all the difficulties we are facing. But I want to say that we’re trying to find the best possible way to do something officially in Jerusalem,” Aleksandar Vučić told the AIPAC Policy Conference in Washington, DC.

President Reuven Rivlin thanked his Serbian counterpart, whom he called a “dear friend.” for the plans to open state representation in the capital. “Another sign of the strong and deep relations between our countries and peoples. May many others follow,” he tweeted.

I want to thank our dear friend @avucic for telling #AIPAC2020 that #Serbia will soon open an official state office in #Jerusalem, our capital. Another sign of the strong and deep relations between our countries and peoples. May many others follow.
Хвала, господине председниче! pic.twitter.com/WFoIASaLR7

Whilst this is a step in the right direction, it is not exactly moving the Embassy to Jerusalem. The reason for this is because the European Union, which Serbia is a member, sees East Jerusalem as the capital of “Palestine”. This is despite the fact that the Jewish people are the only people to have had Jerusalem as their capital city in all of history. Moreso, all of Judaisms most holy sites are located in East Jerusalem, such as the Western Wall and the Temple Mount.

Serbia is, however, ahead of the UK in its treatment of Israel.

The UK has its Embassy in Tel Aviv, which is not the capital of Israel. By contrast, the UK has a consolute in East Jerusalem which is exclusively for the Palestinians. This is a shameful double standard that must be addressed.

This is why we are calling on the British government to move our embassy to Jerusalem. It is the right thing to do.