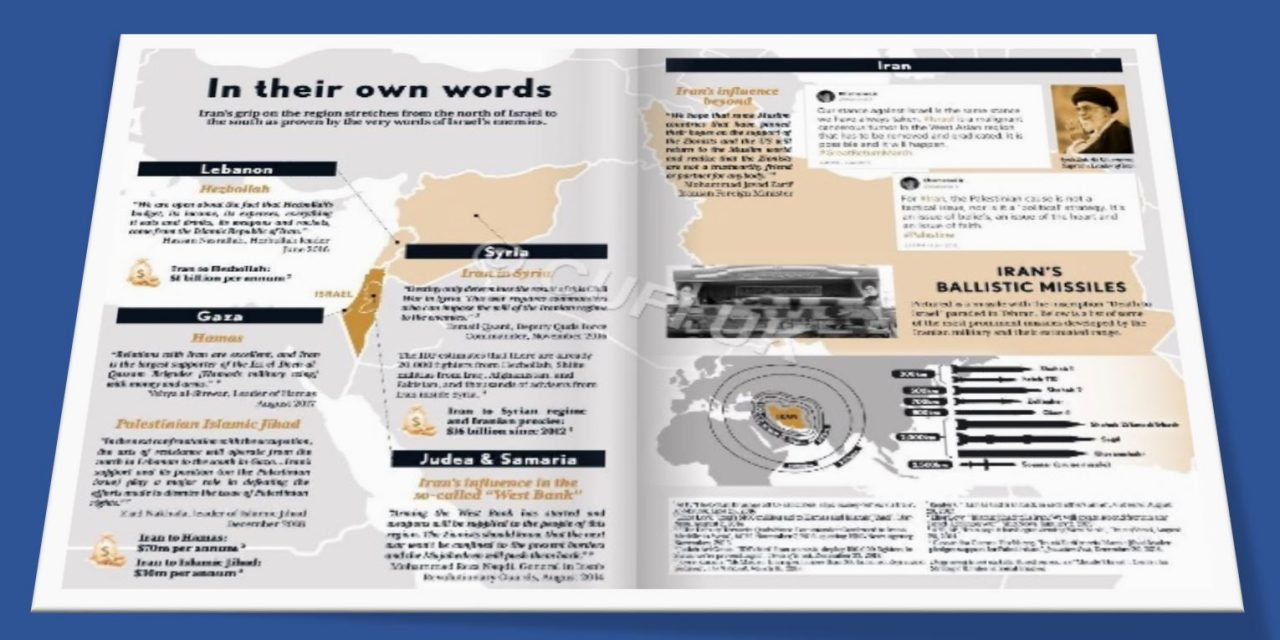 Iran will be increasing its funding of Palestinian terror group Hamas to $30 million per month in exchange for intelligence on Israeli missile capabilities.

In exchange for the funding, Tehran asked Hamas to provide intelligence about the location of Israel’s missile stockpiles, the report said.

That will represent a massive increase in Iranian support for the Gaza rulers. A report by the Ynet news site from August 2018, citing Palestinian sources, said Iran’s payments to Hamas at the time amounted to $70 million per year (less than $6 million per month).

CUFI UK produced a map that shows the extent of Iran’s reach across the Middle East, including its funding of Gaza-based terror groups.

“In their own words” highlights what the major players, including Hamas, Hezbollah and Palestinian Islamic Jihad have themselves admitted regarding support they receive from Iran. As the map shows, Iran is extending its foothold across the region with an influence that surrounds Israel from the north and south. Note that the map doesn’t reflect this week’s announcement of $30 million per month.

You can view the map in our recently published ‘Operation Mordecai’ campaign booklet. 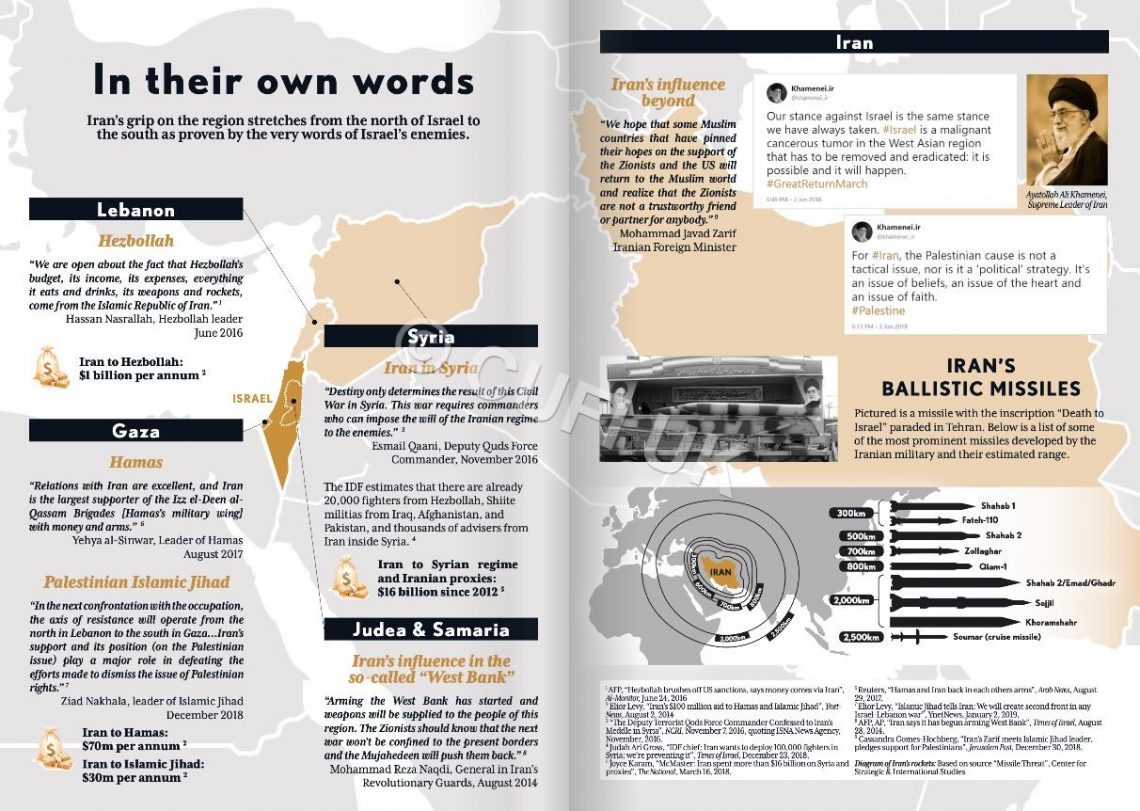