The world body for scouting has launched an “urgent investigation” after the son of a man killed by terrorists last year expressed outrage that his father’s murderer was being hailed as a role model for Palestinian scouts.

According to Jewish News, Micah Lakin Avni reacted with horror after learning that a Palestinian youth training course had been named in honour of “martyr” Baha Alyan, one of the two murderers. Avni’s 76-year-old father Richard Lakin, a former headteacher in the United States, died after being shot and stabbed on Bus 78 in Jerusalem last October. He was one of three people killed, with a further 15 people wounded.

UK Scout leader Simon Jacobs wrote to Scott Teare, secretary-general of the World Organisation of the Scout Movement [WOSM] on Tuesday, expressing his concern after reading a article by Avni about the honour bestowed on killer Alyan.

“I was horrified to learn that the Palestinian Scout Organisation, which had only been given full voting rights in the movement earlier this year, is now training its new leaders to see a cold-blooded terrorist murderer as a rolemodel,” he wrote.

On Wednesday Stephen Peck, global director for communications at the WOSM, said: “We are investigating and will respond as soon as possible.”

He added: “Due to the nature of the issue and the challenges of communication this may take some time. We appreciate the gravity of the allegations and will address the issue accordingly. WOSM is currently working urgently to address this matter with the relevant people.”

The Palestinian Scout Association has 18,700 members and was only readmitted as a full voting member of the world body six months ago, after 10 years as a non-voting conditional member. 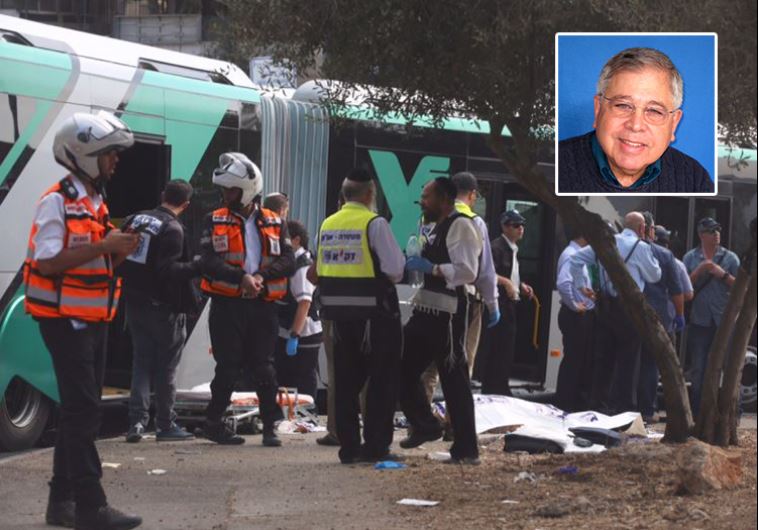 Richard Lakin was one of three people killed in terror attack on Bus 78 in Jerusalem.

In the UK, where Londoner Robert Baden-Powell founded the movement in 1910, Scout leaders reacted with horror at the news.

A spokesman told Jewish News: “We condemn any act of terrorism. Anyone seeking to harm another is behaving in a unacceptable manner. We provide guidance to all volunteer leaders to help people when terrible events like this take place.”