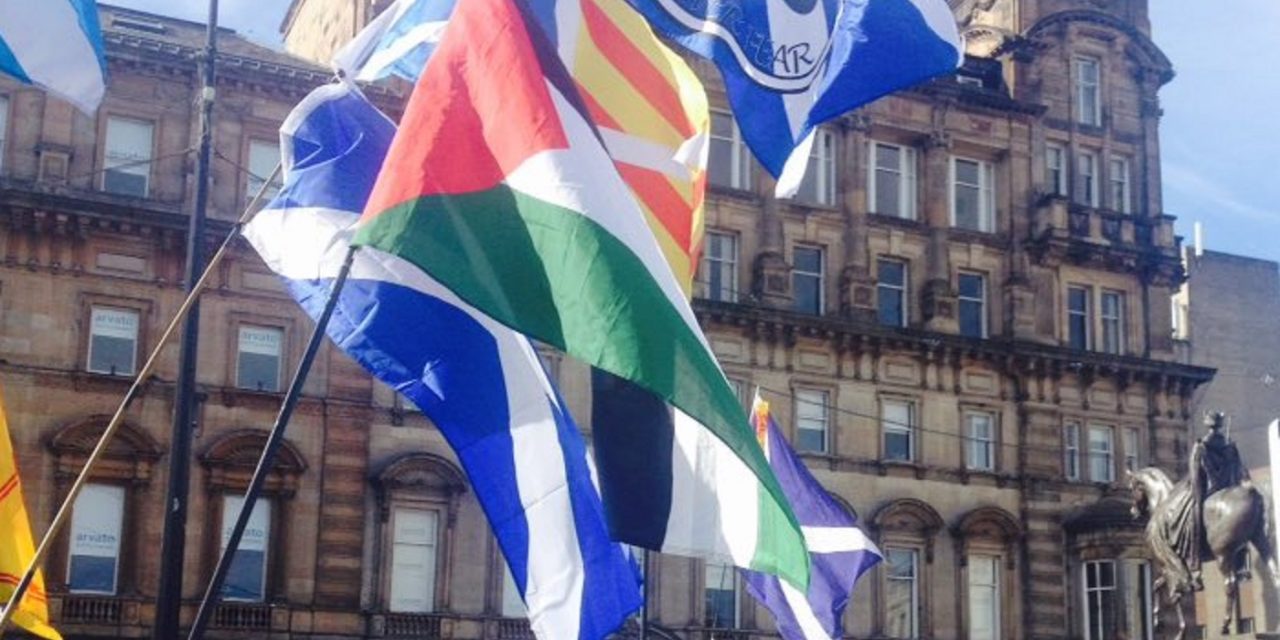 Scottish Palestine Solidary Campaign has been named as one of the groups that took part in an event with the Iranian regime, leaders of Hamas and Islamic Jihad and other terrorist groups.

Revelations by Jerusalem Post this week reported that several BDS groups in Europe and North America took part in the event earlier this year.

The report says that Hamas leader Ismail Haniyeh praised the Boycott, Divestment and Sanctions (BDS) organisations in his address at the Tehran event, saying: “We see good results to the work of our diaspora in raising awareness, cutting relations with the occupation and delegitimizing it.”

Two related events were broadcast simultaneously from Gaza and Tehran, on January 18, with the Gaza event called “Year to Confront Normalization” and the Iranian event called “Together Against Normalization.” Both Gazans and Iranians reiterated their opposition to the four Arab states,– the United Arab Emirates, Bahrain, Morocco and Sudan, – which normalizsed relations with Israel last year.

One of the organizers of the Gaza event, Sheikh Yusuf Abbas, declared that their campaign “mainly aims to make everyone understand that normalization is treason.”

More than 60 organizations took part in the Gaza event, organized by The Global Campaign to Return to Palestine, a broad network including many BDS groups. Among the participants were Western groups, such as the US Palestinian Community Network, Malcolm X Grassroots effort in the US, Collectif Palestine Vaincra, in France, Scottish Palestine Solidarity Campaign, Sardegna Palestina in Italy, Palestinian Community in Belgium and Luxembourg, and International League of Peoples’ Struggles, based in Australia.

Haniyeh and Ziyad Nakhala, the head of Palestinian Islamic Jihad, addressed the Tehran event, as did Speaker of the Iranian Islamic Consultive Assembly Mohammed Bagher Ghalibaf, speakers of the parliaments of Turkey, Lebanon, Syria, and the deputy speaker of Yemen’s legislature.