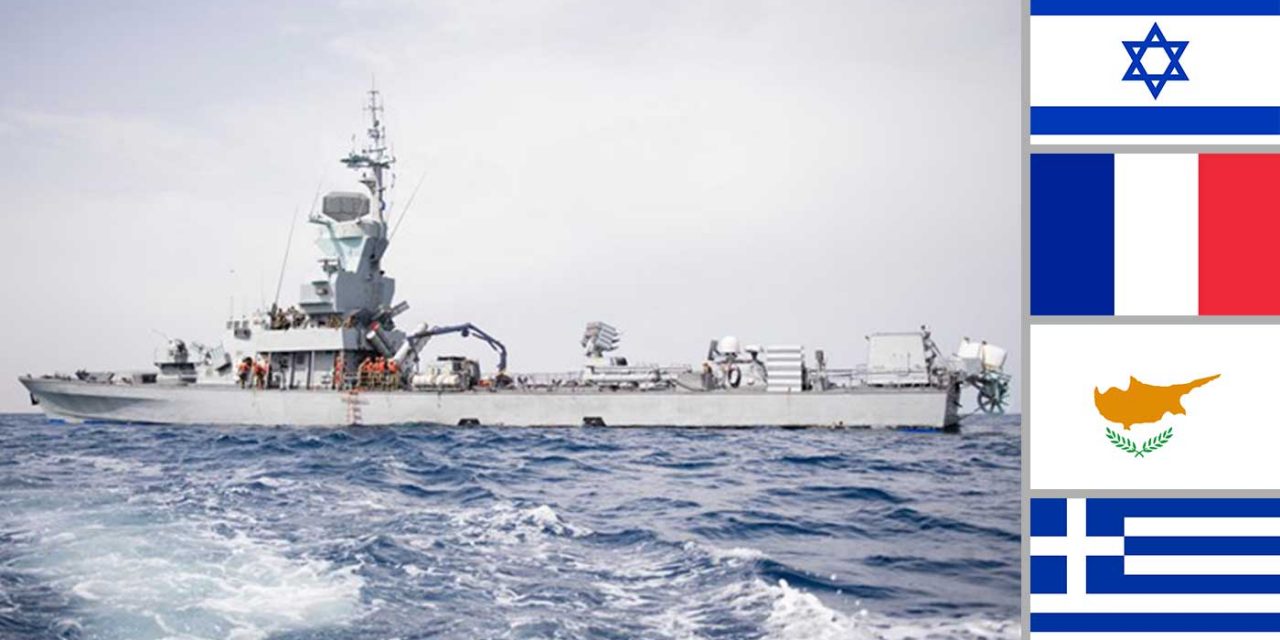 This week, Israel led an international naval exercise in cooperation with France, Cyprus and Greece.

The naval exercise, called ‘Noble Dina’, took place in the Mediterranean Sea West of Cyprus with the four naval forces running drills together such as anti-submarine procedures and search and rescue scenarios. They also simulated ship battles, among others.

Arutz Sheva reports that during the exercise, the Israeli Navy utilised a submarine, as well as a Sa’ar 4.5 Class Missile Boat housing anti-submarine systems as well as implemented a combination of long-range and aerial means of cooperation.

The purpose of the yearly exercise is to strengthen the cooperation between the navies involved and to enrich their repository of operational knowledge with the navies reporting that the exercise achieved these goals, as well as strengthening the common language between the participants. The training concluded on Thursday.

Head of Naval Operations, Rear Admiral Eyal Harel: “Over the past week, the Navy led a large-scale exercise in which it implemented capabilities in underwater warfare, search and rescue, convoy escort and surface combat. These exercises are of paramount importance in strengthening the Navy’s connection with foreign fleets who share common interests.”