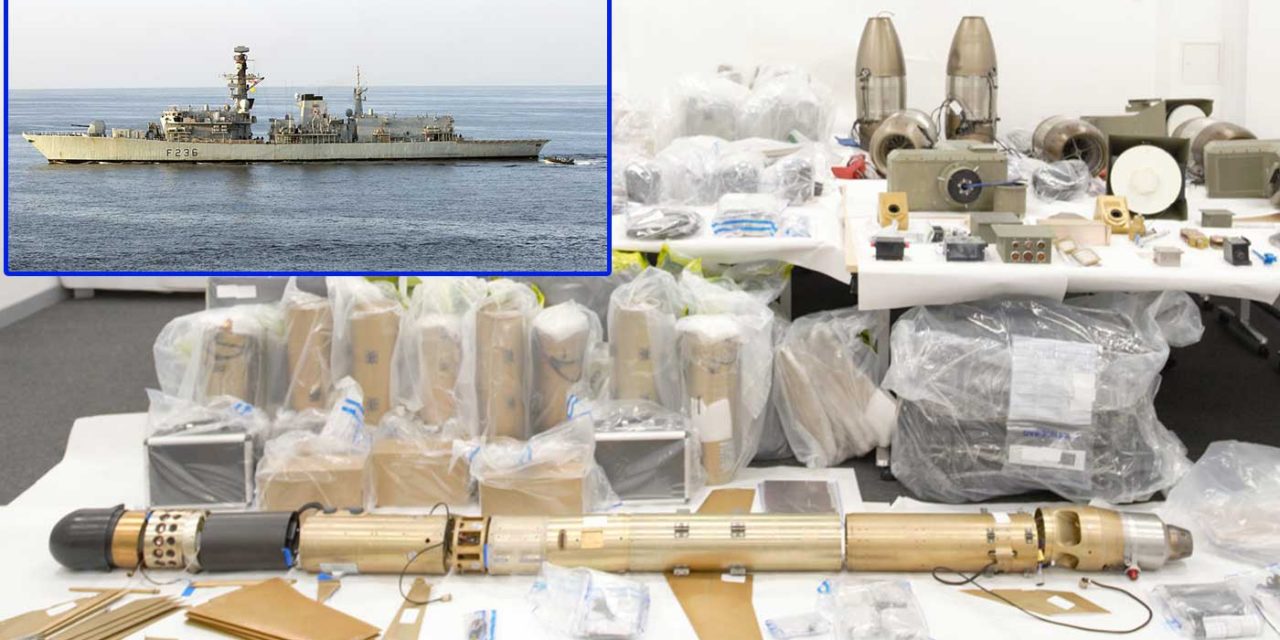 A British Royal Navy vessel seized a sophisticated shipment of Iranian missiles in the Gulf of Oman earlier this year, officials said Thursday, pointing to the interdiction as proof of Tehran’s support for Yemen’s Houthi rebels in the embattled country.

The British government statement was striking in that it provided some of the strongest findings to date that Tehran is arming the Houthis against the Saudi-led military coalition with advanced weapons smuggled through the Persian Gulf.

The UK Embassy in the United Arab Emirates described the seizure of surface-to-air missiles and engines for land-attack cruise missiles as “the first time a British naval warship has interdicted a vessel carrying such sophisticated weapons from Iran.”

“The UK will continue to work in support of an enduring peace in Yemen and is committed to international maritime security so that commercial shipping can transit safely without threat of disruption,” said James Heappey, Minister for the Armed Forces.

Iran’s mission to the United Nations rejected the UK’s findings as “groundless,” saying that Iran has “never transported weapons or military equipment to Yemen” in violation of the UN arms embargo and “always upheld its international obligations.”