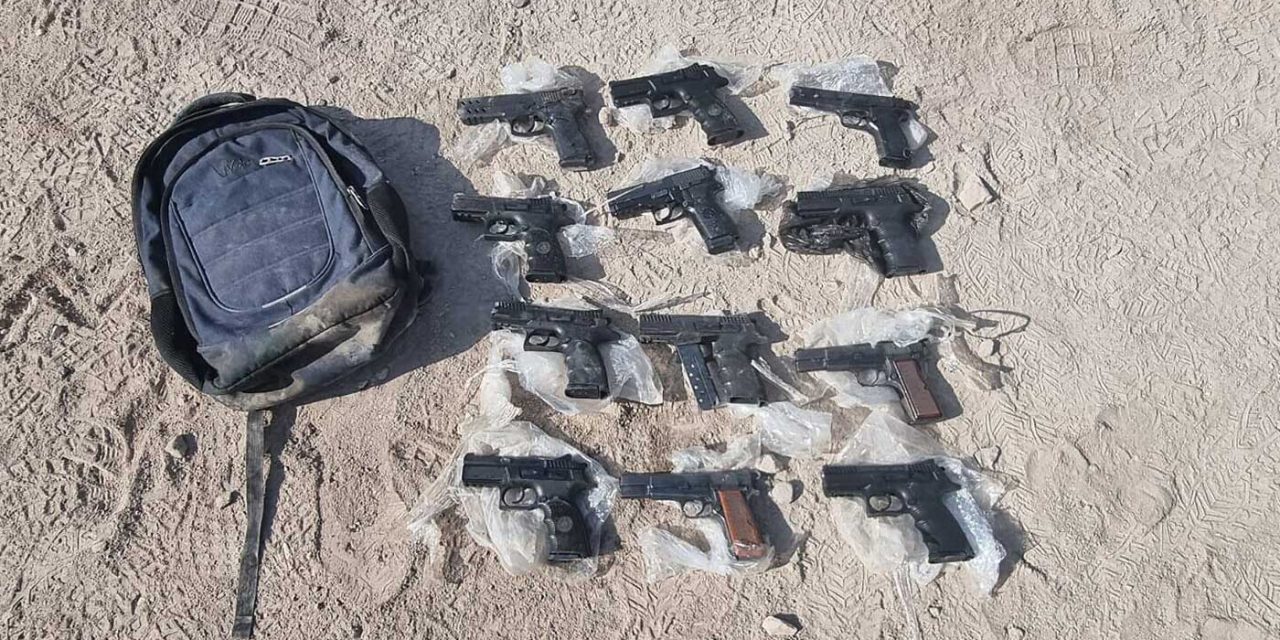 According to Israel Police and the Israel Defense Forces, the two men in their 30s from Bedouin villages in the Tel Arad area were caught after a brief chase near the town of Neve Ur and found to be in possession of 12 pistols.

Police said they had been following the pair for some time as part of an “undercover investigation” into smuggling attempts in the area. Friday’s arrest was a joint effort between various police and military units operating in the area.

Law enforcement officials have previously indicated that guns smuggled in from Jordan are often sold to Arab Israelis, for both criminal and terrorist purposes.

The military and police have stepped up efforts to halt smuggling attempts along the Jordanian border in recent months.