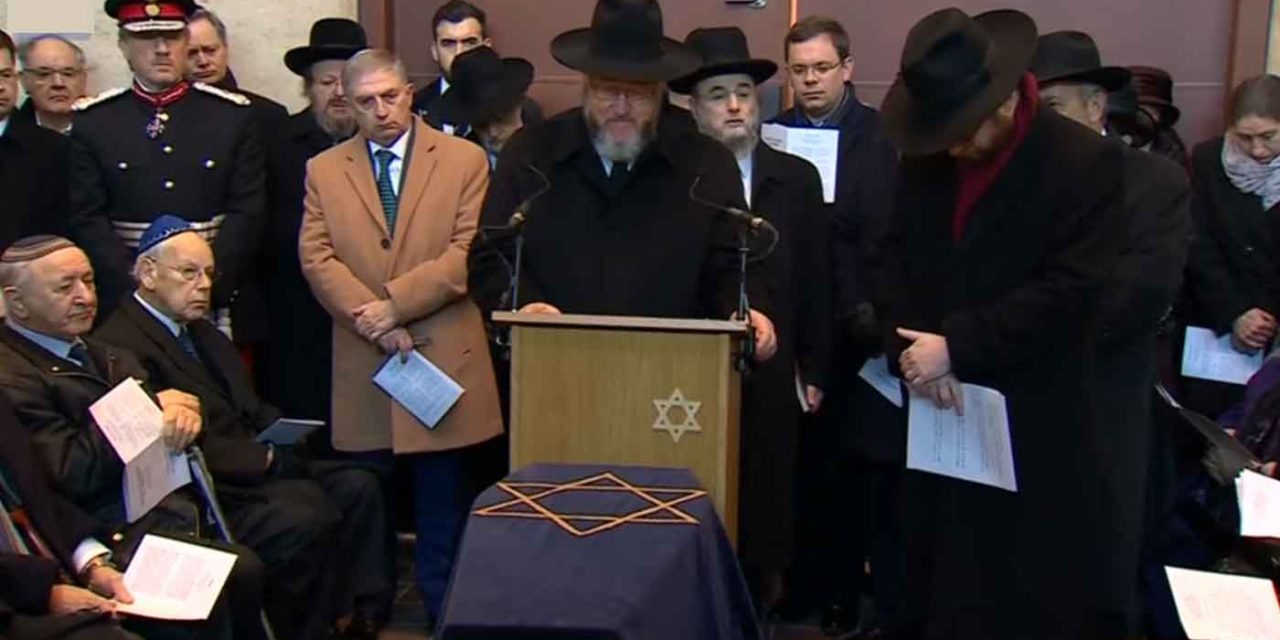 The remains of six unidentified Holocaust victims were laid to rest on Sunday at a Jewish cemetery in Bushey, Hertfordshire.

The remains were discovered by a survivor at Auschwitz, and according to tests, come from five adults and a child, were given to the Imperial War Museum by an unnamed individual – thought to be a survivor – in 1997 as part of a collection of Holocaust-related items said to have originated at Auschwitz.

Some people have pointed out the significance of the number, with six victims being buried representing the six million Jews who were killed during the Holocaust.

The funeral took place on Sunday 20th January at the United Synagogue’s New Cemetery in Bushey, Hertfordshire. The remains were placed inside a coffin along with soil from Israel, highlighting once again the strong connection the Jewish people have to the land of Israel.

The funeral was attended by around 1,200 people, including 50 Holocaust survivors, as well as the UK Chief Rabbi Ephraim Mirvis and Israeli Ambassador to the UK Mark Regev.

Chief Rabbi Mirvis delivered a eulogy saying the victims “were stripped of their dignity, both in life and in death. And we will now have an opportunity to accord them appropriate dignity with a funeral.”

“We remember you every day of our lives. You give us constant inspiration. You represent more than one million other children who were murdered. We have been given the privilege to show you dignity here at your funeral,” he added.

The Chief Rabbi reciting the “El Malei Rachamim”, the mourner’s prayer, and Kaddish, by the grave at today’s burial ceremony for the remains of six Holocaust victims pic.twitter.com/7DQhGzLxQ6

Prince Charles sent a personal letter ahead of the funeral, in which he wrote: “As patron of the Holocaust Memorial Day Trust, I just wanted to write and say how moved I was to hear about the arrangements being made to provide dignified and final rest to six victims of the Holocaust.”

He offered his “most heartfelt condolences” to the Jewish community.

Conservative MP James Brokenshire, who serves as communities secretary, said the funeral was a reminder of the need to combat discrimination.

“We must continue to challenge racism, anti-Semitism and bigotry and where hatred can lead. That’s why this has been such a unique occasion to be able to give some dignity, some respect, some acknowledgement to those six souls who lost their lives in the Holocaust,” the Jewish News quoted him as saying.

“I hope it will bring people together and underline that message of never again, never forget, and that none of us can simply stand by the side and allow this to happen.”