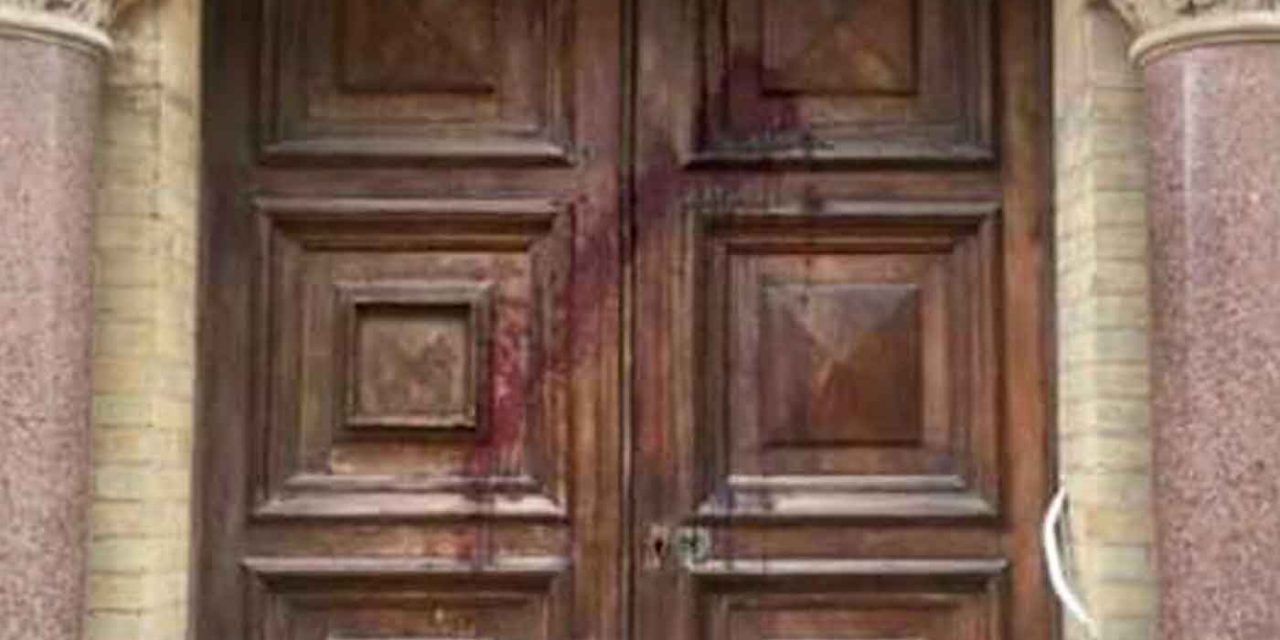 A blood red liquid has been thrown over a historic synagogue in Brighton on the eve of the anniversary of Kristallnacht.

Worshippers found the doors to the 144-year-old building had been splashed with a dark red substance on Friday.

The attack happened at the Middle Street Synagogue – a Grade II listed building – in Brighton, East Sussex, causing concern for the local Jewish community especially as it happened at such a significant time. 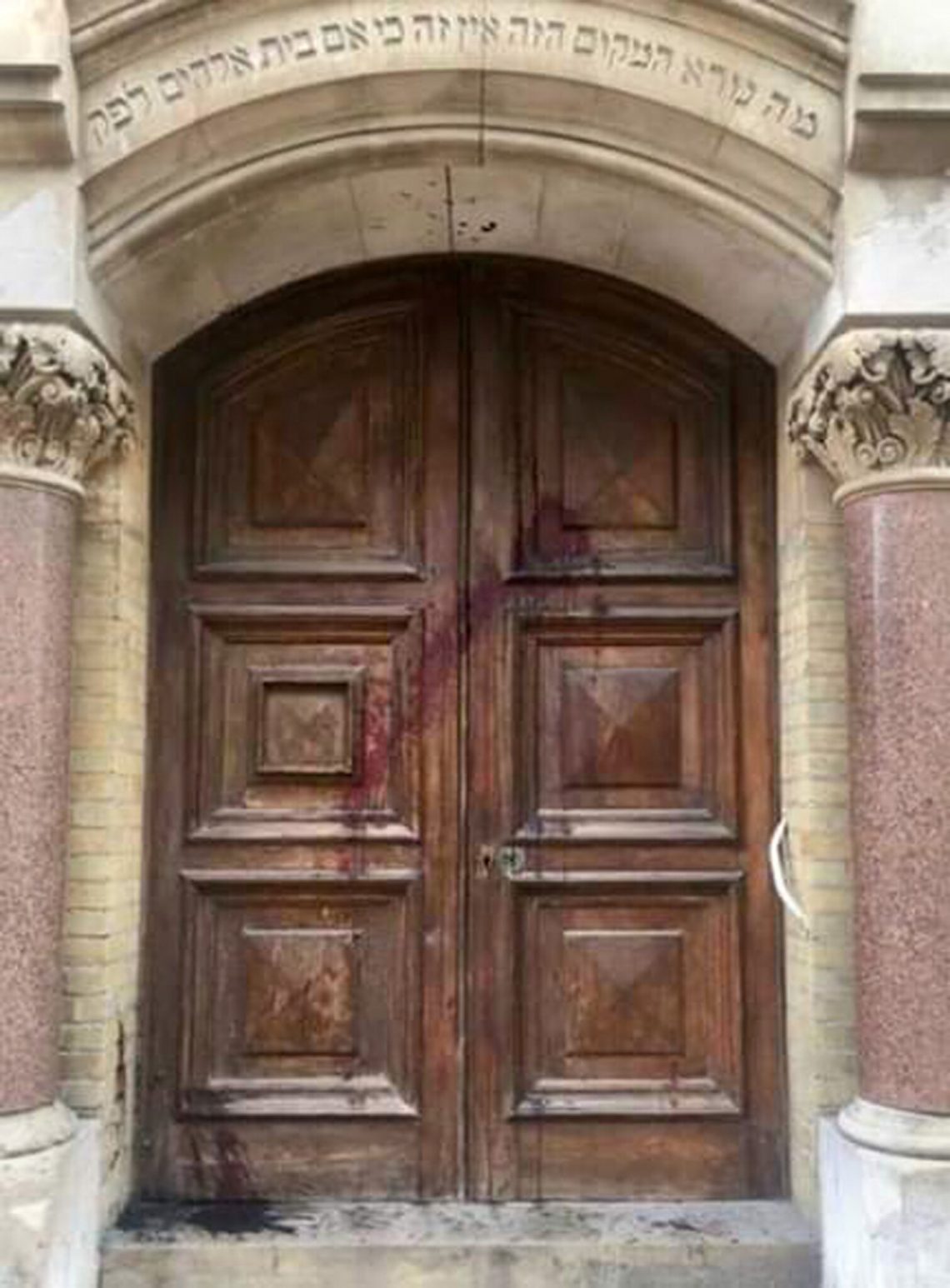 Kristallnacht, or the “night of broken glass”, is marked as the first major act of aggression by the Nazis against Germany’s Jewish population.

During the 1938 pogrom Nazi paramilitary forces ransacked Jewish homes, hospitals, shops and schools with sledgehammers. They destroyed around 267 synagogues throughout Germany, Austria and the Sudetenland and 7,000 Jewish businesses were damaged or destroyed.

The name Kristallnacht – translated as Crystal Night – comes from the shards of shattered glass that lined German streets in the wake of the pogrom.

Stephen Silverman, Director of Investigations and Enforcement at Campaign Against Antisemitism, said: “This cowardly act of vandalism against a historic synagogue comes just months after a prominent Labour activist called for a march on a synagogue nearby.

“It is yet further evidence of the extent to which anti-Semites have come to feel empowered to demonstrate their hatred of Jews.

“It is vital that the perpetrator is apprehended and feels the full force of the law.”

However, police appear to be downplaying the incident, saying that the red paint was actually “just” red drink. And even though they have not questioned the vandal, they are saying the incident was not malicious.

A spokesman for Sussex Police said: “This hadn’t been reported to us, but it had come to our attention and we visited the synagogue over the weekend.

“However, it appears that the ‘paint’ was a red drink and given the central location, this was not taken to be malicious.

“It was also suggested that posters were ripped down outside the location, but CCTV shows this to be caused by the weather.”

It seems we will not know if this incident was anti-Semitic in nature as police appear to have concluded the case without questioning the vandal. In this current climate we believe the police must take all actions of this nature seriously. If this was not anti-Semitic, then so be it, but if it was and they do not follow up on the incident then the anti-Semite may be empowered to act out in this manner again. Additionally, not alerting the public to the threat of anti-Semitism does not help combat it.