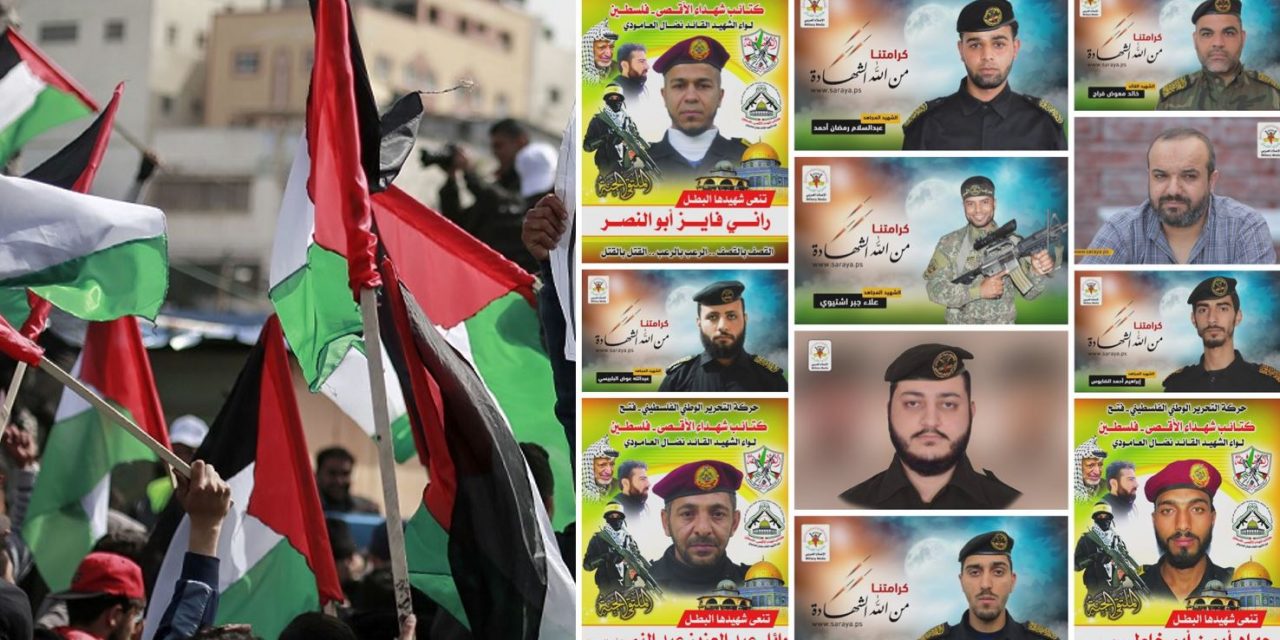 A protest is being planned for outside the Israeli embassy on Saturday in support of members of the Palestinian Islamic Jihad terror group killed this week by targeted strikes by Israel.

The demo calls upon members of the “Palestinian community, Arab and Muslim communities” in protest to the Israeli strikes which it says killed “30 martyrs”, despite nearly all of those killed being members of Islamic Jihad, which is proscribed in the UK.

In the last few hours, Palestinian Islamic Jihad confirmed 4 of their fighters have been killed by IDF airstrikes in the #Gaza Strip. #Israel pic.twitter.com/JUjPj3e5hu

Earlier this week Islamic Jihad fired over 450 rockets from Gaza into Israel in response to Israel’s targeted strike of one of its commanders,  Bala Abu al-Ata, who Israel explained was planning attacks against Israel in the near future.

The event has now been removed from Facebook, but CUFI made the following screen-grab which we understand is still going ahead. 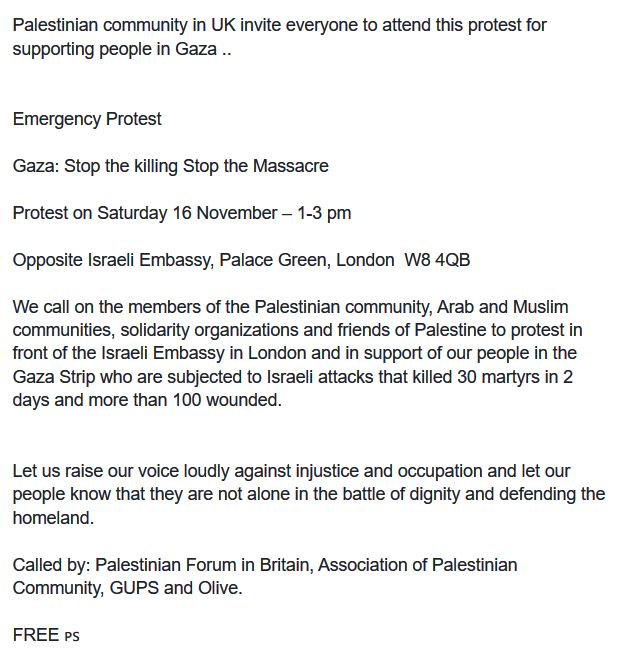