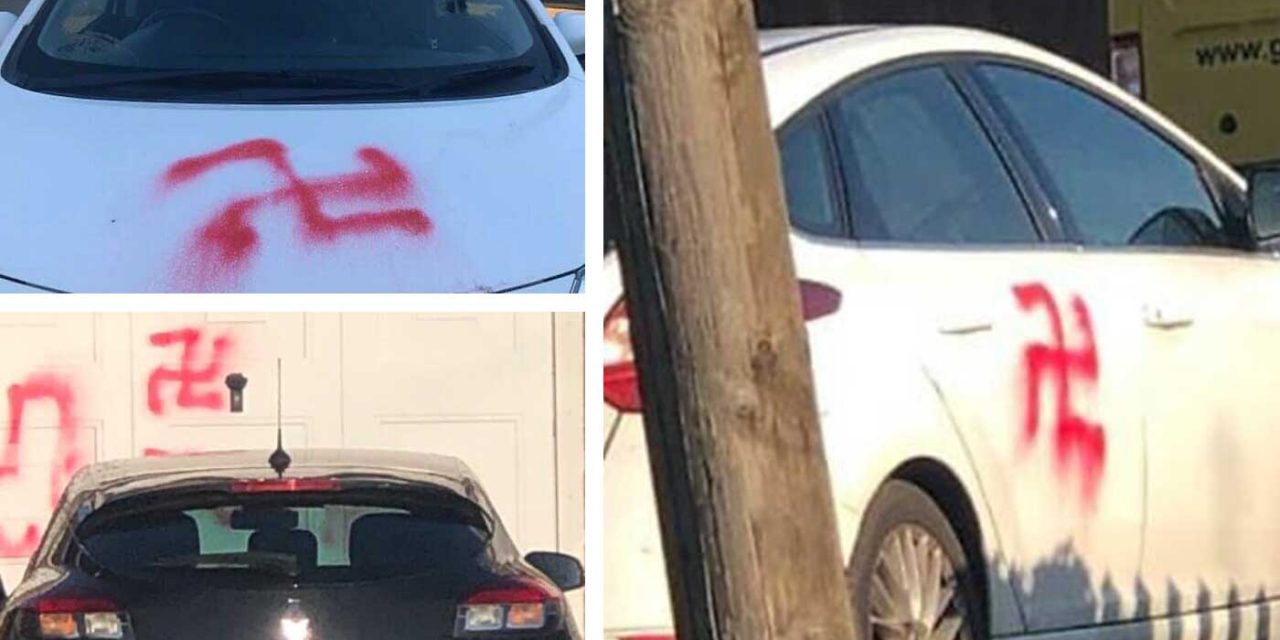 Swastikas and antisemitic messages were sprayed over cars and garages in red paint in Canvey Island on Remembrance Sunday.

Eight antisemitic, racist and homophobic graffiti in Ferrymead, Lincoln Way and Southwalter were reported to police.

It is believed that the damage may have occurred between midnight and 5am on Sunday.

Officers are treating the incidents as a hate crime and have visited over 250 houses to reassure residents, as police enquiries continue.

Holly Roache, 26, from Southwalters, took a photo of her neighbour’s car after it was daubed with a swastika in red paint.

“We were shocked, we couldn’t believe it,” she told Jewish News.

Canvey is home to a small but growing Orthodox Jewish community which has families settle there in recent years.