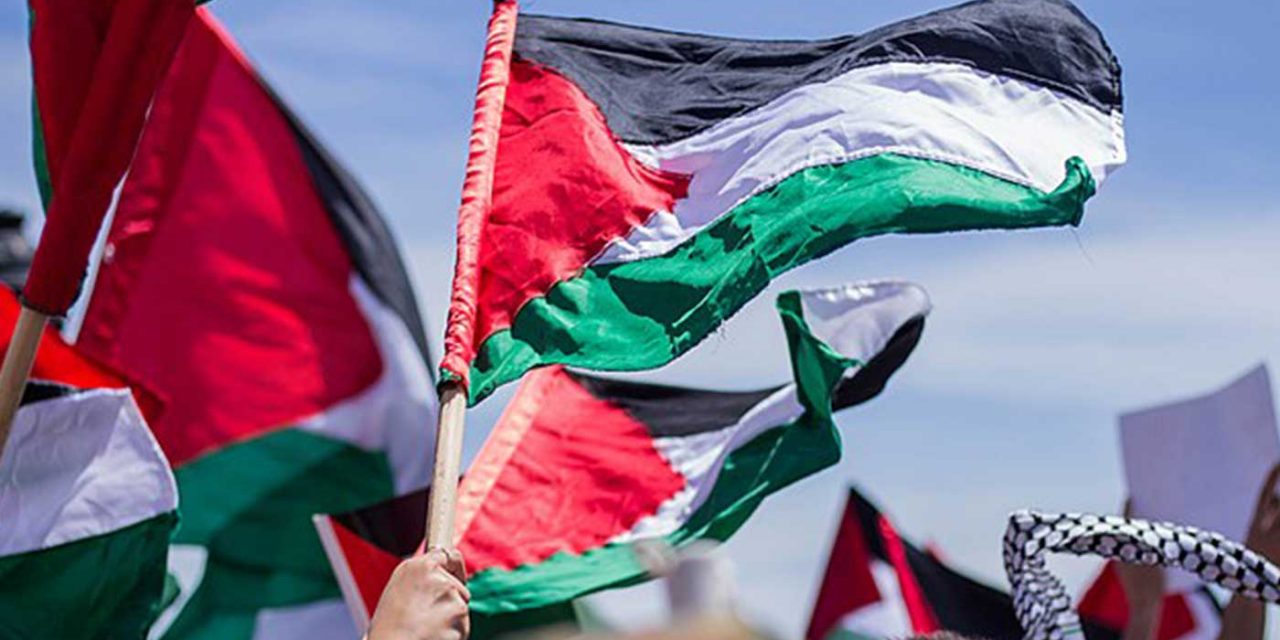 Hundreds of protesters gathered in front of the Consulate General of Israel in Manhattan on Wednesday in what was billed as an emergency rally to support the Palestinian Arab cause “by any means necessary.”

As dozens of police officers lined up around the area, the protesters began calling to “globalize the intifada.” Tensions are high in Israel, where Arab rioters have clashed with police on Jerusalem’s Temple Mount, following weeks of Arab terror attacks on Israelis.

Multiple activist groups organized the rally, including Within Our Lifetime, Samoudin and the Palestinian Youth Movement. Organizers refused to speak with the New York Jewish Week, calling it part of the “Zionist media.”

On Tuesday, the Simon Wiesenthal Center, a Jewish advocacy group, called on the city to prevent the rally because organizers used what the center called “the language of incitement.”

There was no violence at Wednesday’s rally. It started with chanting over drums of the pro-Palestinian phrase, “From the River to the Sea.” Other chants included “We don’t want no two state, we want all of it,” and “Israel, go to hell.”

The group then marched to the fountain in front of the Plaza Hotel at 59th Street, blocking traffic and waving Palestine Liberation Organization flags along the way.