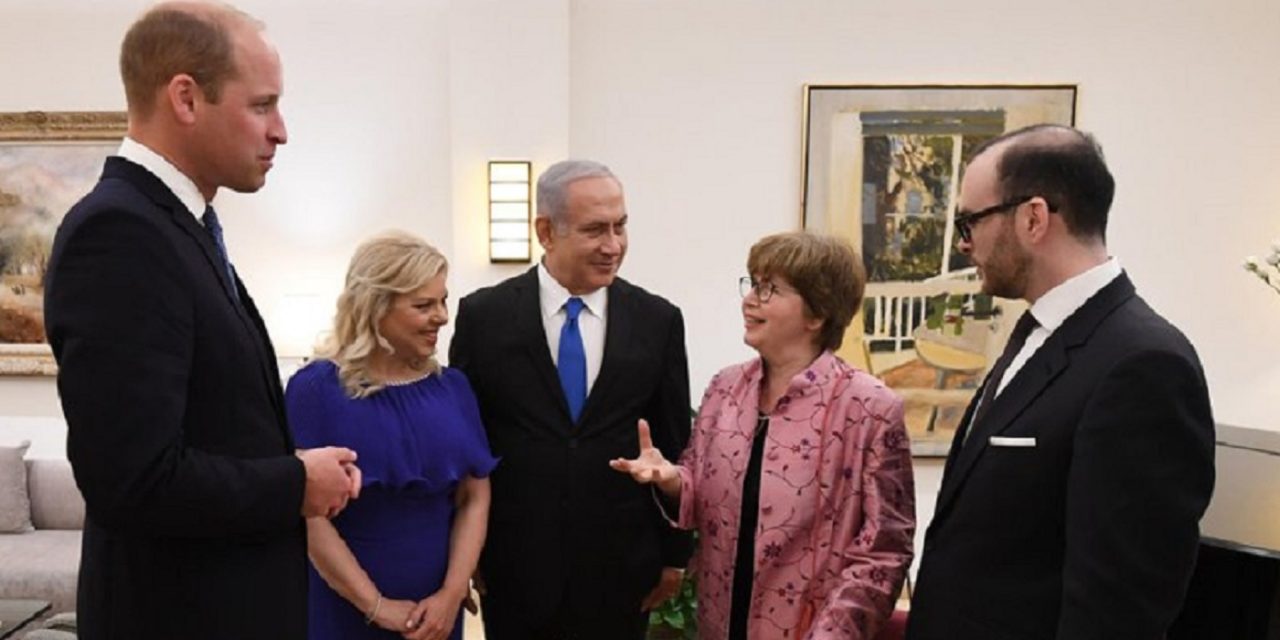 The Duke of Cambridge has met with two descendants of a family sheltered by his late great-grandmother during the Holocaust.

Princess Alice, the mother of Prince Philip, hid Jewish widow Rachel Cohen and two of her five children in her home. On Tuesday, on the second day of the first ever official Royal visit, Prince William joined Prime Minister Netanyahu and his wife Sara in meeting Edith and Phillipe Cohen in Jerusalem.

Prince William was presented with a replica of Princess Alice’s Righteous Among the Nations certificate.

Earlier in the day, Prince William paid tribute to his great-grandmother in his personal message during a visit at Yad Vashem, Israel’s national Holocaust memorial. In the message, the Duke wrote,

“Every name, photograph and memory recorded here is a tragic reminder of the loss suffered by the Jewish people. The story of the Holocaust is one of darkness and despair, questioning humanity itself. The actions of those few, who took great risks to help others, are a reminder of the human capacity for love and hope. I am honoured that my own great grandmother is one of these Righteous Among the Nations.”