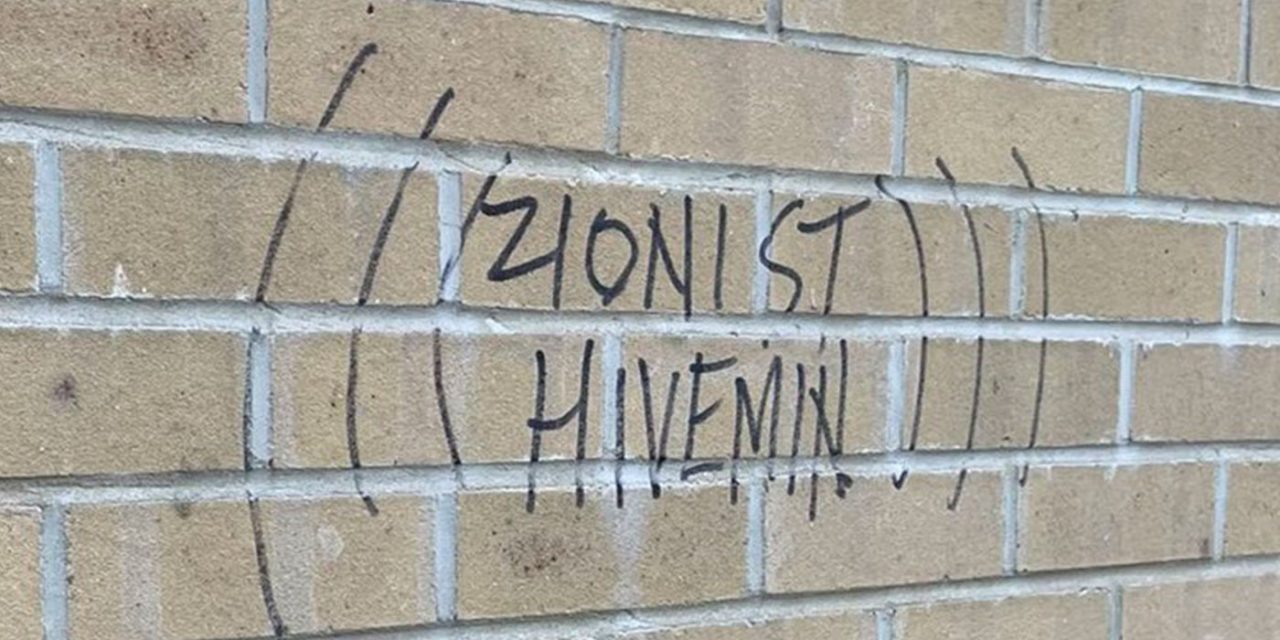 Police are investigating after anti-Semitic graffiti was daubed on a wall in Bethnal Green on Wednesday.

The graffiti read “(((Zionist Hivemin)))”, with the second word likely being a misspelling of ‘hivemind’.

The local authority was asked to clear up the vandalism on Wednesday.

A spokesperson for the Metropolitan Police said: “On the afternoon of Wednesday, 27 October police were made aware of antisemitic graffiti on a residential property in Durant Street, E2.

“Officers have asked the local authority to remove the graffiti. Enquiries are ongoing.”

Some readers may be confused about the writing and how it is deemed anti-Semitic.

First of all, the three brackets around the name are used by certain anti-Semites to highlight something (or someone) that is Jewish. Anti-Semites, particularly Neo-Nazis, would type the names of people with the echo around their name to indicate that person was Jewish either to highlight that person to others or give added meaning to what they were talking about.

The “Zionist Hivemind” meaning comes from conspiracy theories about Jews and Zionists having a “hive mind”. This is an anti-Semitic trope that degrades people by ascribing animal characteristics to them for the purpose of degrading them and taking away their individuality. It suggests Jews do not have free will and are ‘mindless zombies’ serving a cause rather than being individuals with their own free will. It also suggests that people will not believe the things they believe of their own free will but are being controlled. None of which are true.