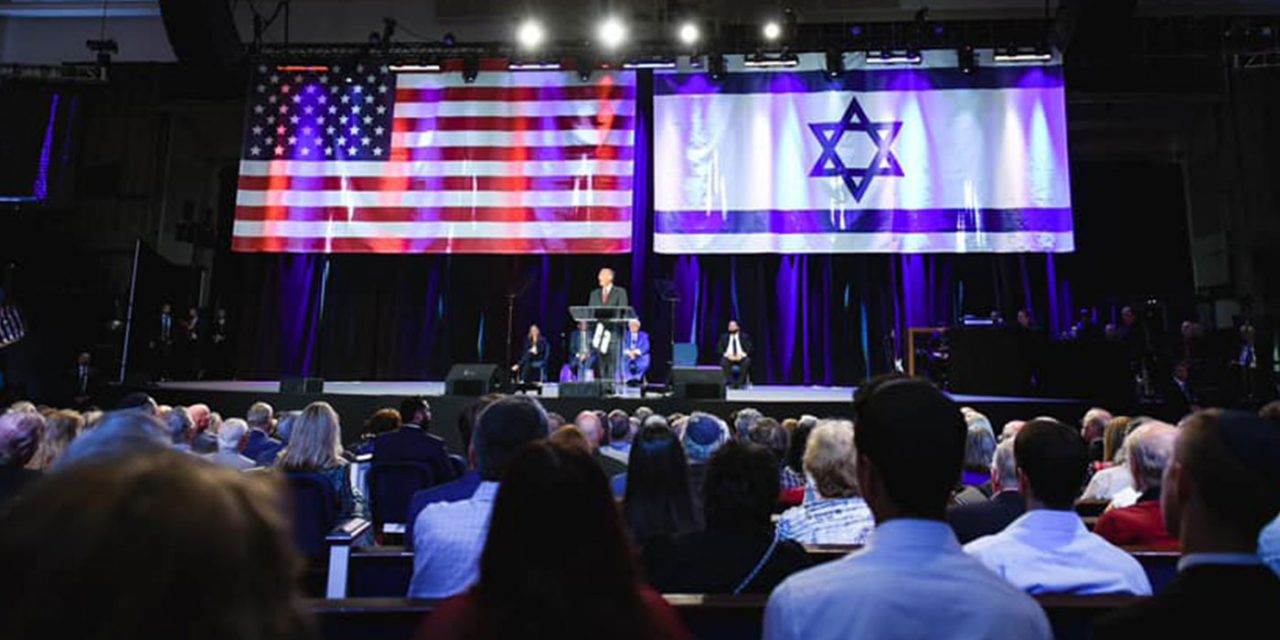 This past week, Cornerstone Church, the home church of CUFI founder and Chairman Pastor John Hagee held its annual Night to Honor Israel. While love for Israel and the Jewish people was being preached inside, hatred was being chanted outside.

The protests outside came from two groups, Jewish Voice for Peace, a far-left group that supports boycotting Israel and Neo-Nazis, the far-right, anti-Semitic white supremacists.

While both groups hate each other, they are sadly united in their anti-Israel sentiment.

In contrast, CUFI, and Christian Zionists, are united in standing up for Israel and the Jewish people wherever and whomever they are – left-wing, right-wing or anywhere in between – CUFI stands with Jews worldwide. And importantly, we will always protect the world’s only Jewish State – Israel.

“It is our duty to speak out in defence of the Jewish people. We continue to confront antisemitism in all of its forms, wherever it can be found – in the schoolhouse, in the church house, in your house or at the White House, we are fighting the good fight until victory comes,” Pastor Hagee said from the pulpit.

Former Secretary of State, Mike Pompeo was equally strong in speaking out against anti-Semitism.

“The world must know that our Jewish friends are not alone,” Pompeo said. “Rejecting anti-Semitism is central to our understanding of who we are as Christians.”

“It’s become I am a champion of religious faith that I’m here today to tell you that the United States must stand with the Jewish people and Israel in the fight against this oldest bigotry, anti-Semitism,” he added.

Their words were particularly appropriate considering what was taking place outside.

The white supremacists outside engaged aggressively, directly outside the venue, with church staff and security. For most observers, it was clear the neo-Nazis sought to provoke a fight. What they didn’t realise is that no matter the racial epithets hurled, nor the aggressive body language displayed, they weren’t going to pierce the poise and professionalism of Pastor Hagee’s staff.

From the church car park to the halls of Congress, Christian supporters of Israel are polite, professional and strong. And no amount of hatred will ever change that.

If the bigots had any impact that day, it was to remind us of the importance of our work in combatting anti-Semitism. We will never allow the Jewish people to stand alone again.

We will always fight hatred with love.