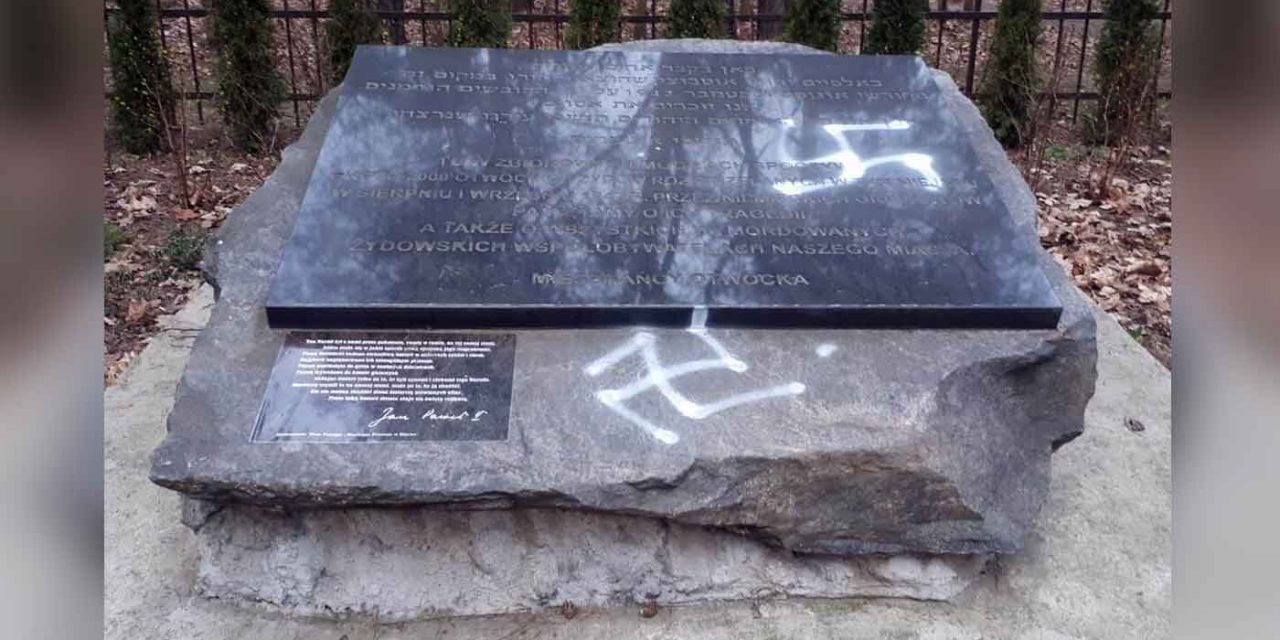 A memorial stone at a gravesite for around 2,400 victims of the Holocaust has been desecrated with swastikas in Otwock, Poland.

The stone stands at Reymonta in Otwock and commemorates the inhabitants of the city who were murdered in August and September 1942 by Nazi occupiers. It is the place of the execution, but also the collective grave.

There is a plaque on the stone which reads: “Here, in the mass graves, about 2,400 Otwock Jews are buried in this place in August and September 1942 by German occupiers. Let us remember about their tragedy and about all murdered Jewish fellow citizens of our city. Inhabitants of Otwock.”

Two swastikas were discovered on the stone on Saturday, with the police being notified that afternoon. The local authorities have launched an investigation into the crime.

On 19 August each year, on the anniversary of the liquidation of the ghetto in Otwock by the Nazis, the town’s community holds a ceremony around the memorial stone with a March of Remembrance and Prayer.