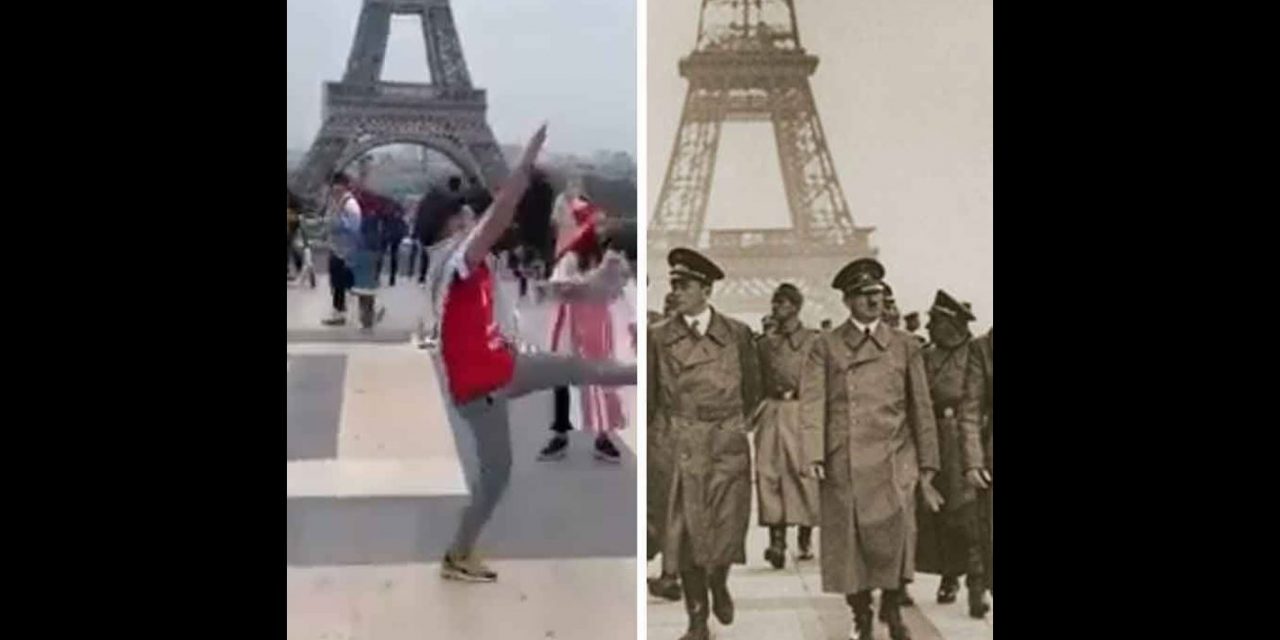 A pro-Palestinian demonstrator at a Far-Left march in Paris on Sunday was filmed making Nazi salutes.

More than 10,000 people marched through the streets of Paris in an “anti-Islamophobia demonstration” two weeks after a man with far-right connections fired shots in a mosque in the southwestern city of Bayonne. Whilst members of hard-left parties attended the march, others in the centre stayed away over concerns that it threatened France’s tradition of secularism, whilst others claimed that the demonstration was run by Islamists.

A video surfaced on social media showing a group with Palestinian flags in front of the iconic Eiffel Tower making what appeared to be Nazi salutes during a traditional Dabke dance. But observers of the video were quick to point out that the traditional dance requires dancers to hold their hands behind their backs and not in a fashion that resembles a Nazi salute. They also don’t kick their legs forward in such a manner.

Even more chilling is the reminder that the demonstrators were filmed on the exact spot where Adolf Hitler posed for photographs during his 1940 visit to occupied France.

meanwhile in #Paris yesterday the #Nazi salute complimented the Dabke dance by a group of #palestinian supporters with the Eiffel tower in the background . pic.twitter.com/jiHzpcbuAb