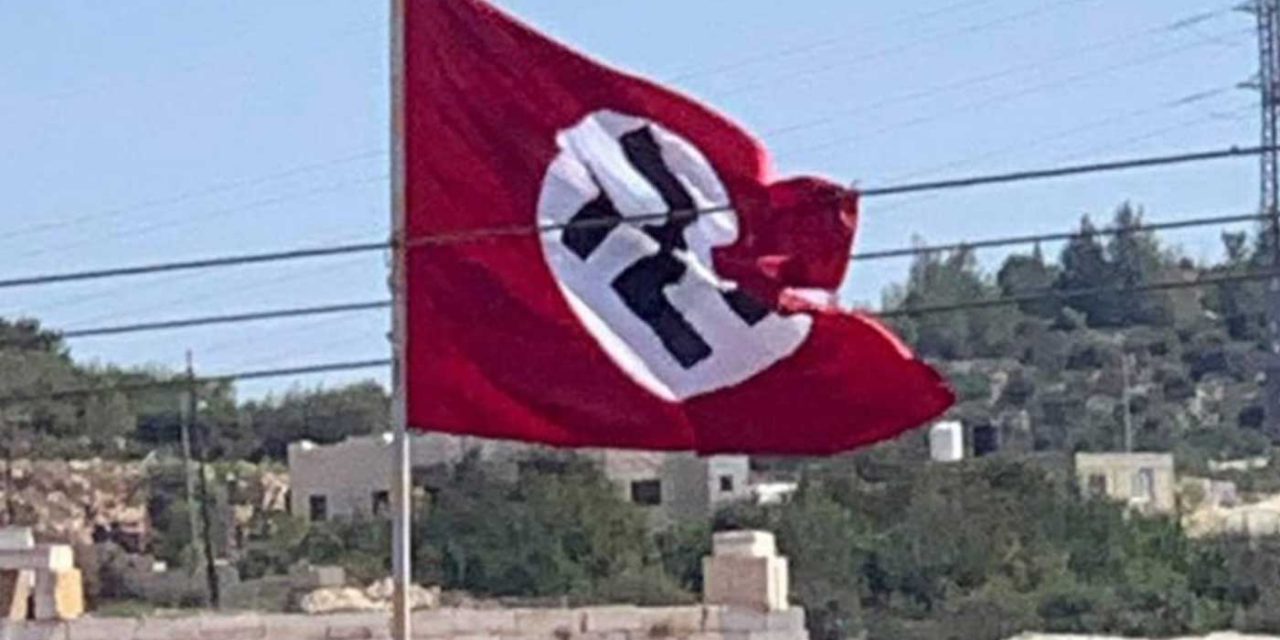 Palestinian protesters hung a Nazi flag bearing the swastika symbol in the West Bank (Judea and Samaria) village of Beit Ummar near Hebron on Saturday.

The flag was attached to electrical cables near an Israel Defense Forces post.

Video from the scene showed IDF soldiers shooting the flag down.

Palestinians have used the Nazi swastika symbol in protests against Israel in the past. In August this year, Palestinians protesting against an illegal Israeli outpost in the West Bank set fire to a Star of David combined with a swastika. And during the terrorist led border riots of 2018, Hamas supporters erected a Palestinian flag with a swastika on it to provoke the IDF.

It should be noted that during World War II, the Nazis were friendly with the Palestinian leadership. The Grand Mufti of Jerusalem admired Hitler and even visited a death camp where Jews were being imprisoned.

Sadly, the same anti-Semitism of the Nazis is still alive and well in the enemies of Israel. They all seek to destroy the Jewish people and that is why we must always stand against their hatred.