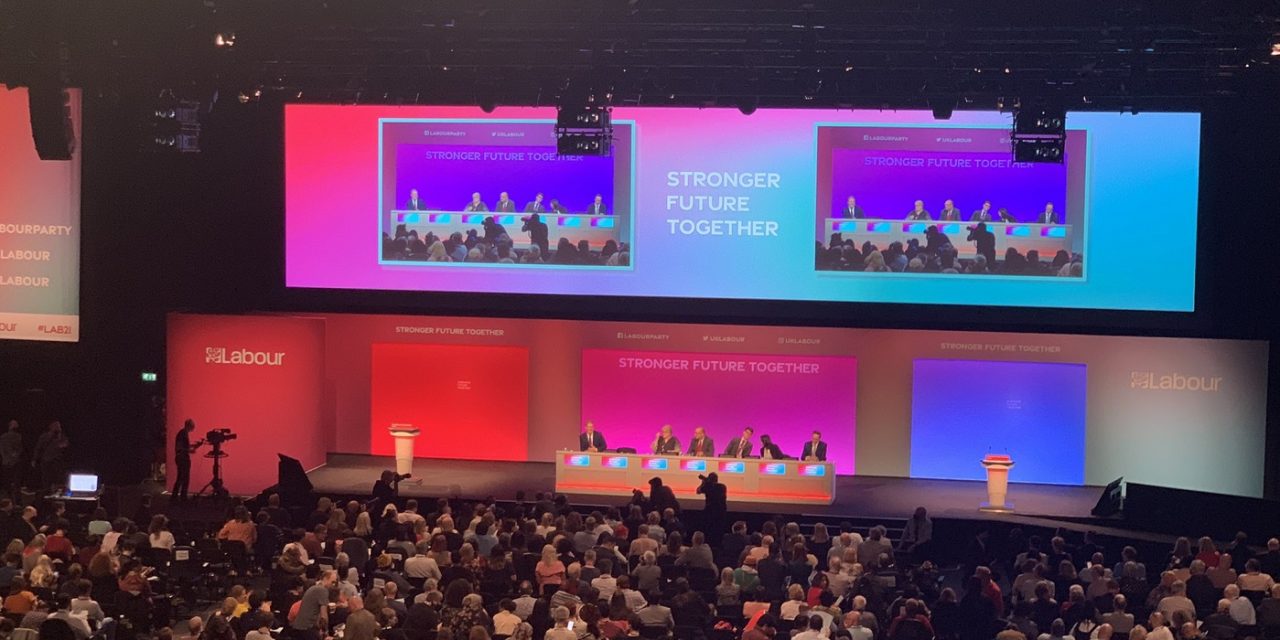 Delegates at the Labour conference in Brighton have voted in favour of demanding sanctions against Israel, wrongly defining Israel’s practices as “apartheid” and failing to condemn Hamas.

The motion, tabled by Young labour, appeared to pass with a 2 – 1 majority following a show of hands in the arena causing the Labour leadership to distance itself from the outcome.

According to the Independent, the shadow foreign secretary, Lisa Nandy, distanced herself from the motion, saying that Labour must follow a “fair and balanced approach”, while Labour leader Kier Starmer reportedly clashed with the members who supported the motion.

The motion also demanded actions against “the building of settlements, reverse any annexation and ends the occupation of the West Bank and the Blockade of Gaza.”

Human rights groups were quoted in the motion as “concluding unequivocally that Israel is practicing the crime of apartheid as defined by the UN.”

Addressing delegates inside the Brighton Centre, Labour Friends of Israel chair McCabe said the Young Labour motion was “completely hostile to the people of Israel.”

Reminding the room that to buy a house in Israel also means you have to “build a bomb shelter” the LFI chair said after the motion was passed:: “This motion is completely unacceptable, grossly inaccurate and morally repugnant.

“It does not represent Labour’s longstanding policy in support of a two state solution, backs the toxic BDS movement which singles out the world’s only Jewish state, and propagates the apartheid smear.

“It will undermine the process of rebuilding Labour’s relationship with Britain’s Jews and with Israeli progressives who are fighting for peace, coexistence and reconciliation.

“This vote shows that there are still too many in the party who remain unhealthily obsessed with Israel. We must continue to work to restore our party’s proud tradition of support for Jewish self-determination and the State of Israel.”

“Conference condemns the ongoing Nakba in Palestine, Israel’s militarised violence attacking the Al Aqsa mosque, the forced displacements from Sheikh Jarrah and the deadly assault on Gaza,” said the motion.

The motion also committed the Labour party to implementing sanctions including ceasing UK-Israel arms trade and trade with Israeli settlements.

The motion on Israel & Palestine that condemns Israels illegal settlements, calls for a ban on arms sales to Israel & supports sanctions, and notes many organisations are calling what is happening in Israel & the occupied territories apartheid, passes at Labour conference. #Lab21 pic.twitter.com/xoenk9olhv

Luke Akehurst, who sits on Labour’s NEC also condemned the motion saying: “Disgusting that mover of Palestine motion compared Israel to Franco and delegitimised Israel as “settler colonial”, a clear denial of Jewish self determination and possible breach of IHRA definition.”

Full text of the historic motion on Palestine passed at #LabourPartyConference2021 #Lab21 pic.twitter.com/byDTUxmTEb