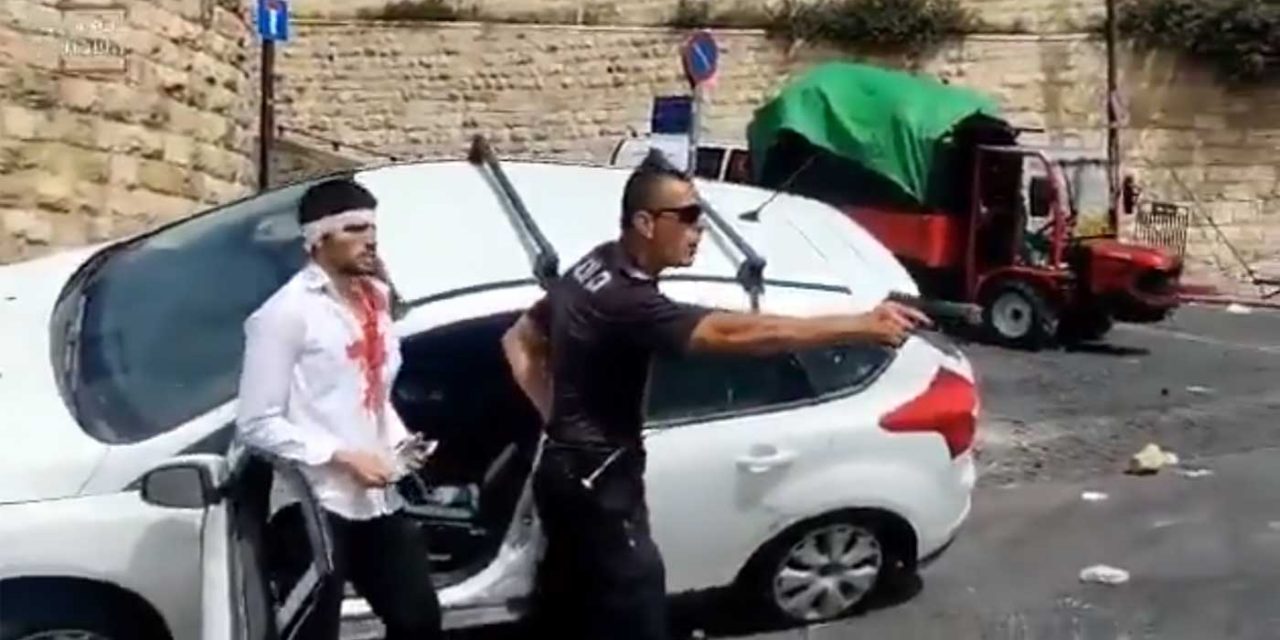 A Palestinian mob attempted to lynch a Jewish Israeli during violent riots in Jerusalem over the weekend. Thankfully, a brave police officer thwarted their efforts, however, anti-Israel activists have tried to make out this was an Israeli attack on civilians in a shocking lie.

The incident started when the victim, a resident of central Israel, accidentally drove into the Palestinian-controlled area just south of Jerusalem whereupon he was attacked by a group of local Arabs, who surrounded his vehicle and prevented him from driving off.

The Palestinian mob threw rocks at the Israeli’s car smashing the windows and injuring him. The driver tried to safely flee the scene. Seeing the road was blocked with traffic ahead, he attempted to turn around but was attacked further, with someone opening his car door and attacking him off-camera.

In his attempts to get away from his attackers he lost control of the vehicle and crashed into a side barrier, hitting a Palestinian attacker at the same time. He was then punched, kicked and hit with rocks before an Israeli police officer came to his aid and shot his gun in the air causing the attackers to flee.

It wasn’t over, however, as a smaller group of Palestinians returned and attempted to attack the Jewish civilian, grabbing him by the kneck and wrestling with the police officer before being forced away again.

Sadly, many anti-Israel activists have tried to frame this incident as an Israeli car ramming. They frame it that the ‘innocent’ Palestinian who was hit by the car was simply stood there when the Israeli decided to attack him. The truth is the opposite. The Israeli took a wrong turn and his attempts to peacefully drive through the area caused him to be near-lynched by a violent mob simply because he was Jewish. And the ‘bystander’ as Sky News called him was actually attacking the Israeli before he was accidentally hit by the car.

Let’s not let the lies prevail. Please share the truth!