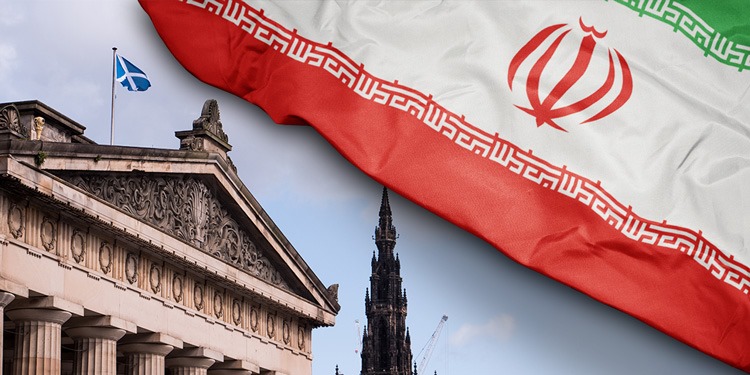 Iran is “almost certainly” trying to help the SNP win the election in Scotland with online propaganda campaigns designed to cause constitutional turmoil within the UK, a think tank has warned.

A report by the Henry Jackson Society said that online specialists acting on behalf of the Tehran regime were using fake accounts on platforms such as Twitter and Facebook to encourage the break up of Britain. It claims that Iran’s activities in cyber space are “designed to attack the constitutional integrity of the United Kingdom”.

Tactics include setting up fake accounts that launch attacks on Unionist parties and politicians and spread information designed to boost the case for Scottish separation.

Some view the break up of the UK as having the potential to hit Britain’s status as a military power, with the SNP determined to rid Scotland of nuclear weapons from their base on the Clyde. There is no alternative location in the UK where the Trident fleet of nuclear submarines could easily be moved to.

The findings are part of a wider investigation into Iran’s increasing attempts to interfere in foreign elections.

The report said Iran had been shown to attempt to interfere in the 2014 independence referendum, setting up hundreds of fake accounts which were later deleted by Facebook as part of a clampdown on foreign meddling.

The society’s report states: “Iran has shown itself to be a country which engages in Russian-style disinformation campaigns, repeatedly establishing fake websites and internet accounts in an effort to disrupt the political systems of liberal democracies.

“Whilst there is no suggestion that Scottish nationalist politicians have encouraged or endorsed Iran’s interference, it sets a troubling precedent with the issue of a potential second referendum on Scottish independence a deeply contentious one.”

The report said the Islamic republic could no longer be considered a “third tier” country in terms of cyber capabilities. It added: “Iran has become increasingly sophisticated in both the scope and choice of its target.”

In a Facebook report from February this year, an image was reproduced of a post from a fake Iranian online persona mocking the Scottish Conservatives.

The Henry Jackson Society report said that Iran had actively courted SNP politicians, including Alex Salmond, who has since quit the party and is standing in the Scottish elections for the Alba Party.

In 2015 Mr Salmond, then the SNP’s foreign affairs spokesman at Westminster, embarked on a visit to Tehran and launched a campaign to develop closer ties between Scotland and Iran.

The report stated: “The values of the United Kingdom are very different from those of the Islamic Republic of Iran – a country which continues to hold British citizens hostage, and whose leading religious authority sentenced a British author to death.”

The report added: “Tehran has put considerable effort into developing its political relationships with Scottish political elites who advocate independence.

“Several Scottish nationalists have embraced this approach, even visiting the country in search of a future working relationship, and developing ties with representatives of the Iranian state at home.”

Scottish Conservative candidate for Perthshire North, Murdo Fraser, said: “This is not the first time we have seen such meddling by hostile foreign regimes, but it is deeply concerning that Iran’s operation to manipulate Scottish democracy is becoming increasingly sophisticated.”

Asked about the claims of Iran meddling in the current campaign on Monday morning, James Cleverly, the Foreign Office minister, refused to comment on the specific allegation but said the UK had “serious concerns” about Iran’s “destabilising behaviour, not just in the region, but also more broadly”.

He added: “And indeed, how the international community responds to this kind of accusation or concerns about cyber actions like this will be one of the things on the agenda of the G7 meeting that the Foreign Secretary will be hosting with foreign ministers from our economic and international partners in this forthcoming week.”

A spokesperson for the SNP said: “The SNP will always work to counter the spread of disinformation.

“That is why we led the calls for the Russia report to be published, so work could start sooner rather than later to tackle the threat of foreign interference in UK and Scottish politics. However, we have been disappointed by the slow nature of the UK Government’s response.”