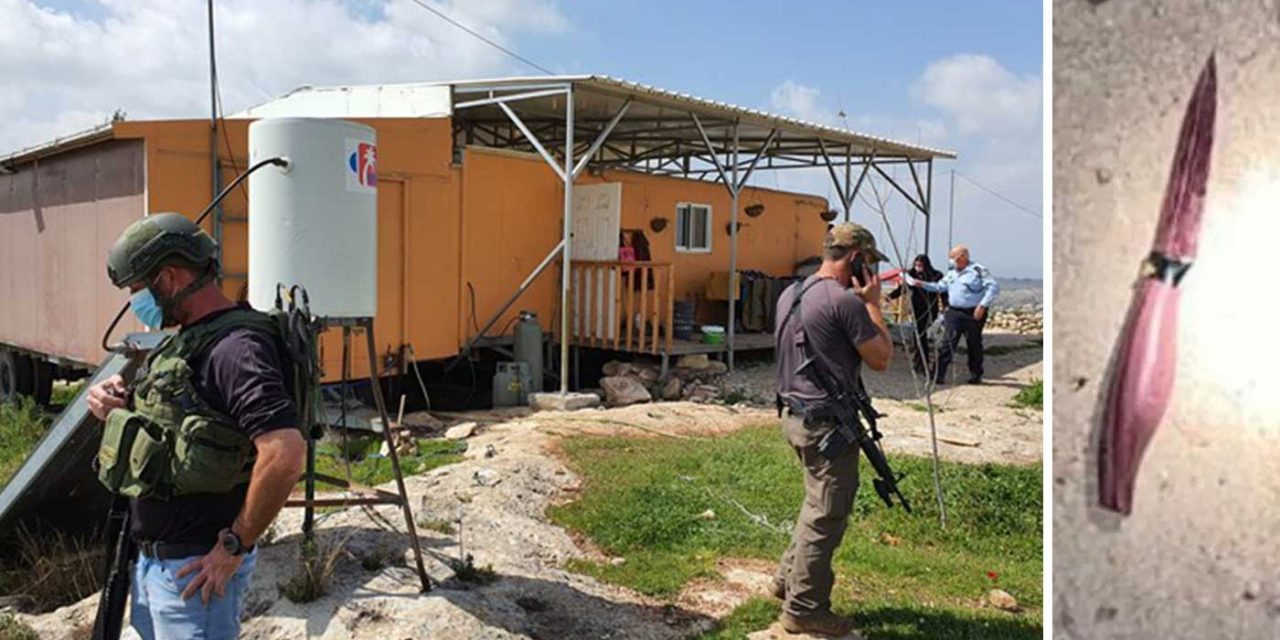 A female Palestinian terrorist was apprehended after she attempted to murder an Israeli woman and her family.

The terrorist went to the Sde Ephraim farm on Monday, armed with a knife, and entered the farmhouse where she tried to stab an Israeli woman and attack the family.

The assailant was neutralized & security forces are operating in the area.

The wife was able to call for help and residents overpowered the woman and detained her until security forces arrived and arrested the woman.

Thankfully, no one was injured in the attack.