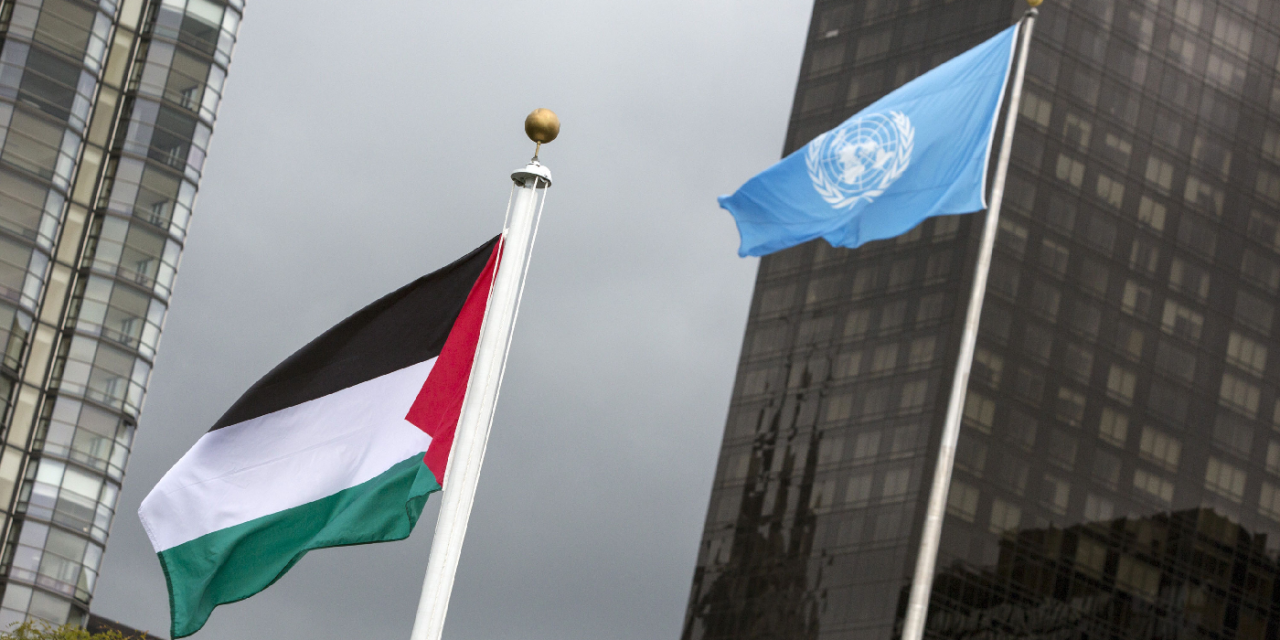 The Palestinian Authority (PA) filed official requests this past week to join eight international treaties, including the United Nations’ International Convention against Apartheid in Sports and the Nuclear Non-Proliferation Treaty.

These are only some of the attempts by the PA at trying to improve their pseudo-state validity via the back door.

Membership in organisations such as these would provide the Palestinians with new opportunities to challenge Israel’s legitimacy and besmirch the Jewish state on global stages. The PA has launched a diplomatic campaign against Israel and has been utilizing such forums as a platform for that purpose.

In 2014, the PA applied for membership in 15 international treaties, including the Convention on the Elimination of All Forms of Discrimination against Women, the Fourth Geneva Convention and the United Nations Convention against Corruption. UN Secretary-General Ban Ki-moon accepted the Palestinian entry into 10 of the treaties as non-state members.

More recently, Palestinian leader Mahmoud Abbas vowed to apply to 22 international treaties, including 18 of the UN, in December, in an attempt at countering the US influence exerted by moving the US embassy to Jerusalem.

The United Nations’ World Tourism Organization (UNWTO) in September turned down a request by the PA to join the organization as a member state.

Israel’s ambassador to the UN, Danny Danon, said, “The Palestinian leadership is mistaken in thinking that it can establish facts on the ground by making detours and unilateral moves. Instead of ignoring the United States and Israel, the Palestinians should stop encouraging terrorism and incitement.”

The UN bias against Israel has become evident again and the Palestinian Authorities keep promulgating an anti-Israel agenda in the Human Rights Security Council (HRSC).

The Palestinians have announced on several occasions that they have abandoned US-led peace negotiations after Trump’s declaration on Jerusalem and instead will attempt to obtain full Palestinian United Nations (UN) membership, seek further Security Council (UNSC) resolutions and prosecute Israel at the International Criminal Court (ICC).

Yet, the HRSC has adopted five resolutions against Israel, including an arms embargo and the relinquishing of the Golan Heights.

Such resolutions were passed by an abysmal vote of 27-4 and 25-7, respectively, with 15 abstentions each.

As usual, the United States, represented by Nikki Haley, condemned these acts.  And remarkably, the UK and Australia backed it up as well.

“When the Human Rights Council treats Israel worse than North Korea, Iran, and Syria, it is the Council itself that is foolish and unworthy of its name. It is time for the countries who know better to demand changes. Many countries agree that the Council’s agenda is grossly biased against Israel, but too few are willing to fight it,” said Haley.

Consequently, Haley warned that the US may opt to leave the Council.

“When that happens, as it did today, the Council fails to fulfil its duty to uphold human rights around the world. The United States continues to evaluate our membership in the Human Rights Council. Our patience is not unlimited. Today’s actions make clear that the organization lacks the credibility needed to be a true advocate for human rights,” she stated.

The resolutions also drew a harsh response in Israel. On Saturday, a Foreign Ministry spokesman slammed the Council as a “sham, a mockery of the noble purposes it pretends to represent,” while Prime Minister Benjamin Netanyahu called the resolutions “detached from reality by the circus of the absurd known as the Human Rights Council.”

.@UNHumanRights Council is a sham, a mockery of the noble purposes it pretends to represent. It is an exclusively anti #Israel platform, manipulated by bloodthirsty dictatorships hiding their own massive human rights violations by attacking Israel. @IsraelMFA @IsraelinGeneva

It is not surprising that the five resolutions were presented by the countries of the Organization of Islamic Cooperation under the council’s “agenda item 7” which concerns Israel.

Israel is the only country that has a dedicated agenda item at the council, a mechanism that Israel, the US, and some European countries say is discriminatory. This evidences the success that the Palestinians have had in imposing an anti-Israel narrative at the UN.