UN passes FIVE resolutions against Israel, but Britain IMPROVES its stand with Israel 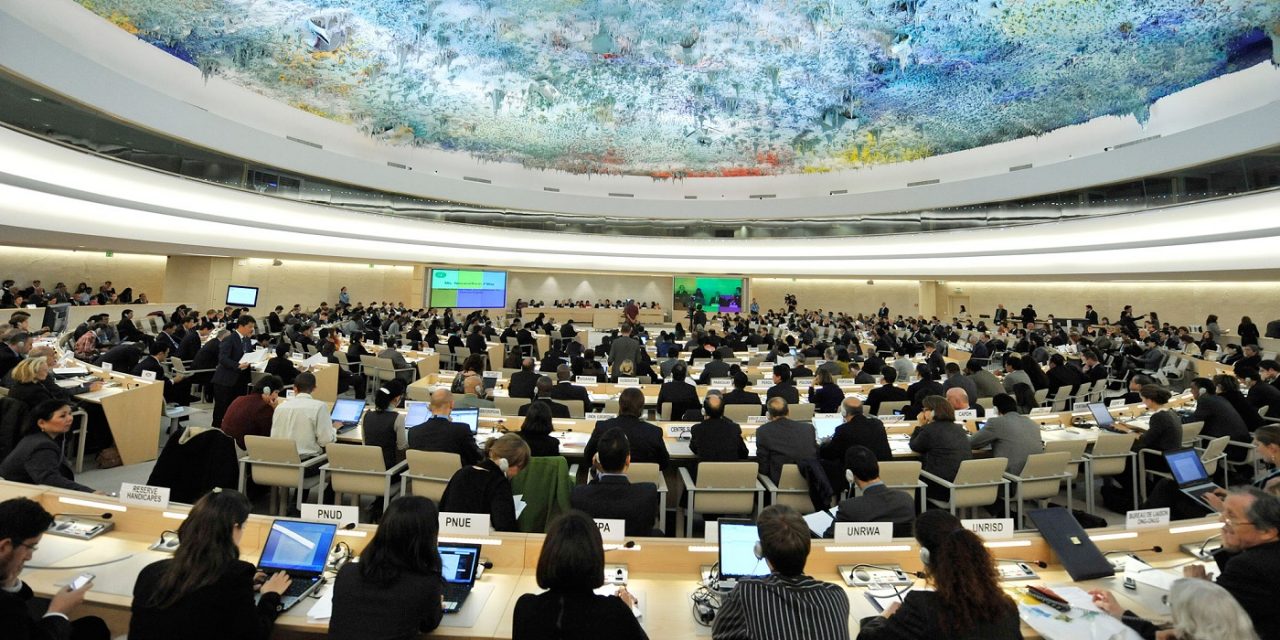 The UNHRC on Friday passed five resolutions attacking Israel, but only two regarding Syria and one each on Iran and North Korea. The council has long been noted for its fierce animosity toward Israel, with Israel being the council’s only permanent agenda item.

The UK delegation voted against two of five resolutions on Israel raised at the 37th session of the Human Rights Council (UNHRC) in Geneva.

The first was a motion calling for the withdrawal from the Golan Heights and the second called for an embargo on arms sales to Israel. But UK diplomats supported a resolution urging a return to pre-1967 borders of the state of Israel, and one on human rights.

Whilst we wanted to Britain to vote no in all resolutions, the outcome indicates a move away from total siding with the UNHRC in its bashing of Israel.

The watchdog group UN Watch noted that the stance was part of a pattern the UK began in 2016, slowly switching to active opposition to the UNHRC’s treatment of Israel. In 2015, Britain voted yes or abstained on all UNHRC resolutions on Israel. In 2018 it voted no twice and abstained once.

“We are proud of the UK Government for honouring its promise to ‘call time’ on this by voting against two of these motions and abstaining on another. It is time that the UN became a place of truth and fairness, not a den of lies and bias, and it is good to see the UK leading the way on this.”

The watchdog group UN Watch noted that the stance was part of a pattern the UK began in 2016, slowly switching to active opposition to the UNHRC’s treatment of Israel. In 2015, Britain voted yes or abstained on all UNHRC resolutions on Israel. In 2018 it voted no twice and abstained once.

“In last year’s March 2017 session, Britain exercised its first No vote in recent years — on an absurd resolution condemning Israel for violating the human rights of Syrians on the Golan Heights — and it delivered an exceptional statement calling out the anti-Israel bias of the UNHRC, warning they would switch all votes to No if the imbalance were not removed,” UN Watch said.

“This year, Theresa May’s government was true to its word by switching yet another vote to No, on an absurd resolution condemning Israel for not following up on the malign Goldstone Report, whose core charges Judge Goldstone himself famously retracted.

“The UK’s initial switch in 2016 from Yes to Abstain on two resolutions relates primarily to its opposition to the introduction that year of a ‘database’ that would blacklist companies doing business with Jews living east of the 1949 armistice line. Britain stated in March 2016 that it would not cooperate with the blacklist, and it reiterated its opposition on Friday as well.”

Following Friday’s vote, US Ambassador to the UN Nikki Haley blasted the council, saying, “When the Human Rights Council treats Israel worse than North Korea, Iran, and Syria, it is the Council itself that is foolish and unworthy of its name.

“It is time for the countries who know better to demand changes. Many countries agree that the council’s agenda is grossly biased against Israel, but too few are willing to fight it.

“When that happens, as it did today, the council fails to fulfill its duty to uphold human rights around the world.”

Haley hinted that the US may reevaluate its membership on the council.

Source: The Algemeiner with edits