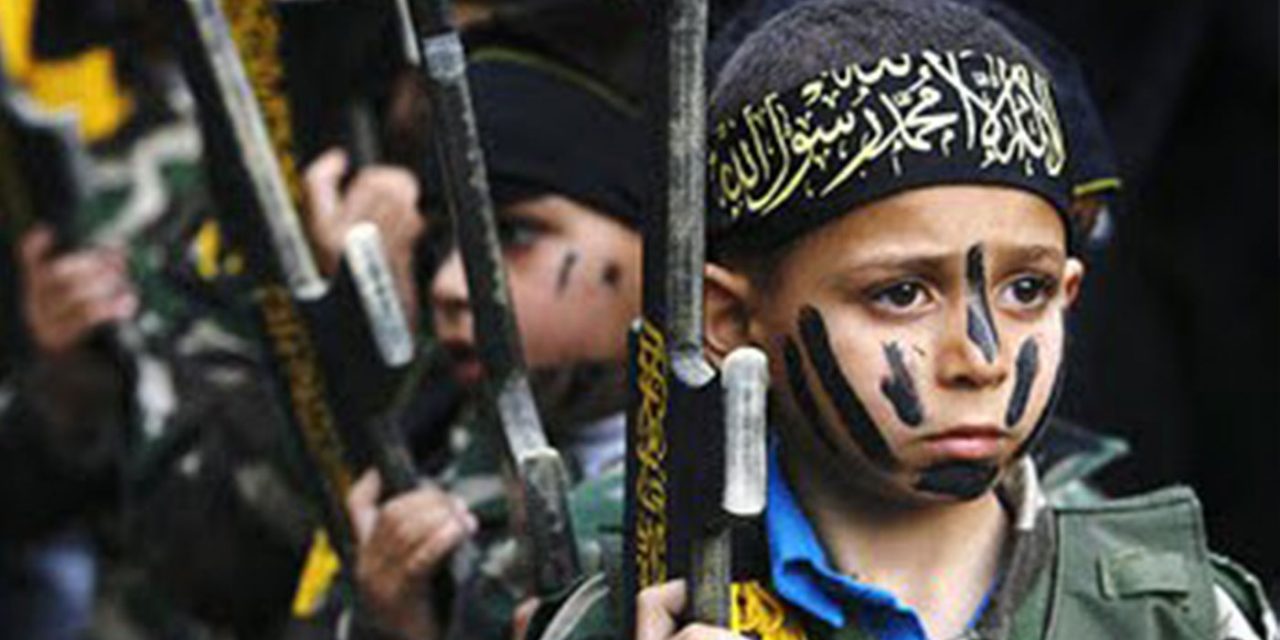 The Palestinian Authority continues to brainwash children into believing that “martyrdom” is the highest honour they can obtain in life.

The official newspaper of the Palestinian Authority last week wrote an article that spoke of how children try to touch martyrs to receive their “glory” and to be able to brag to their friends.

Referring to the “images that remain” when “parting from the Martyrs,” the paper described:

“A boy is hanging out the window of a room and watching the parting from the Martyr… He comes out quickly and tries to touch the head of the Martyr. He wants to reach the glory in order to brag to his friends that he touched a Martyr…”

Palestinian Media Watch reports that not only do some Palestinians believe that the martyr’s “glory” rubs off on you if you touch them, but also that the dead terrorist is now a “groom” on his way to marry 72 virgins in Paradise.

According to Islamic belief, a “martyr” marries 72 dark-eyed virgins in “Paradise“. Therefore, the funerals of martyrs are often times celebrations as they are considered to be a “wedding”. A “martyr” is the highest achievement in Islam, according to PMW.

Most Palestinian “martyrs” achieve their status when they are killed by Israeli forces after they carry out terrorist attacks on Israeli civilians. Whilst the media portrays Israel as the villain for “killing a Palestinian”, the Palestinian leadership celebrates the terrorist as a “martyr”, paying the family and turning the terrorist into a celebrity. This, in turn, continues the brainwashing of children in the Palestinian territories, where they see the glorification of the martyr and aspire to be admired in that way.

The payments to terrorists and glorification of the martyrs are nothing new, it is available for all to see. Yet, world leaders still allow Palestinian leaders to speak of “peace” when they talk at the UN without challenging them on this.

When Palestinian children grow up being taught that martyrdom is the highest honour they can receive according to their religion and in their society, where their family will receive money for life and they will be celebrated as a celebrity, it is no wonder this cycle of violence will never end.