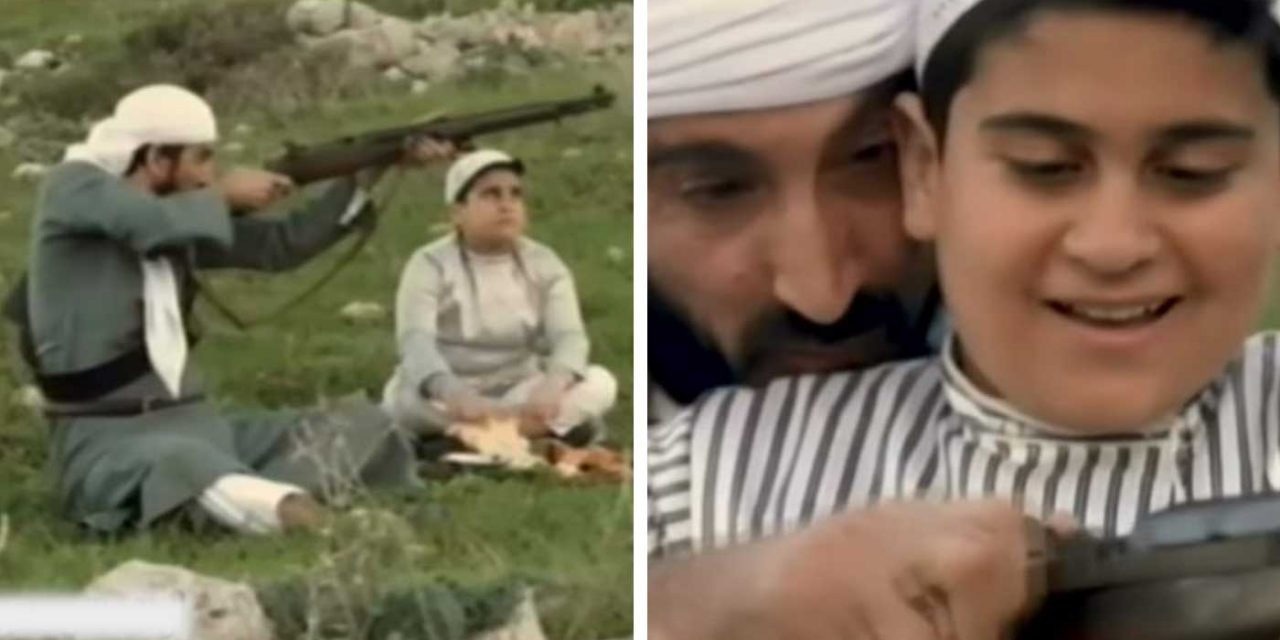 A Palestinian TV series produced for Ramadan this year has shown an uncle teaching his nephew how to shoot “the enemy”, whom they clarify as being “the Jews”. A separate character calls the British “a snake in the grass”.

The TV show is called “Children of the Village Chief” and was aired last month as a special for Ramadan on Official Palestinian Authority TV. The story talks of the 1948 War of Independence and has clear anti-Semitic messages and incitement against Israel.

One scene between two of the main characters is as follows:

Nephew Fares: “Uncle Ibrahim, I want you to teach me how to use the rifle”
Uncle Ibrahim: “Why do you want to learn to shoot?”
Fares: “So that if the Jews come to the village, I’ll shoot them like you shot them at Khirbet Al-Loz.”
(Ibrahim then raises the rifle and shoots a tin can before turning back to Fares)
Ibrahim: “Fares, your weapon will only be pointed at your enemy, and you know who your enemy is.”
Fares: “The Jews, who removed us from our land and our homes, like they removed us from Khirbet Al-Loz.”
Ibrahim: “Therefore, Fares, immediately when you see your target, aim at it well and shoot it. Are you ready?”
Fares: “Ready!”
Ibrahim: “Go ahead, hero.”
(The two characters then shoot the rifle together)

PMW explains that Khirbet Al-Loz is an Arab village in the Jerusalem area which Israeli forces took over during the 1948 Israeli War of Independence without any significant resistance from the villagers.

In another conversation in the series, the Jews are referred to as “cowards” whilst the British are called “a snake in the grass”.

Subhiya: “I don’t know from where they came to us! We have always said that the Jews are cowards, they would not dare to do anything.”
Abd Al-Sattar: “The weapons in their hands are unlimited, and the British are a snake in the grass – before they left they gave [the Jews] everything.”