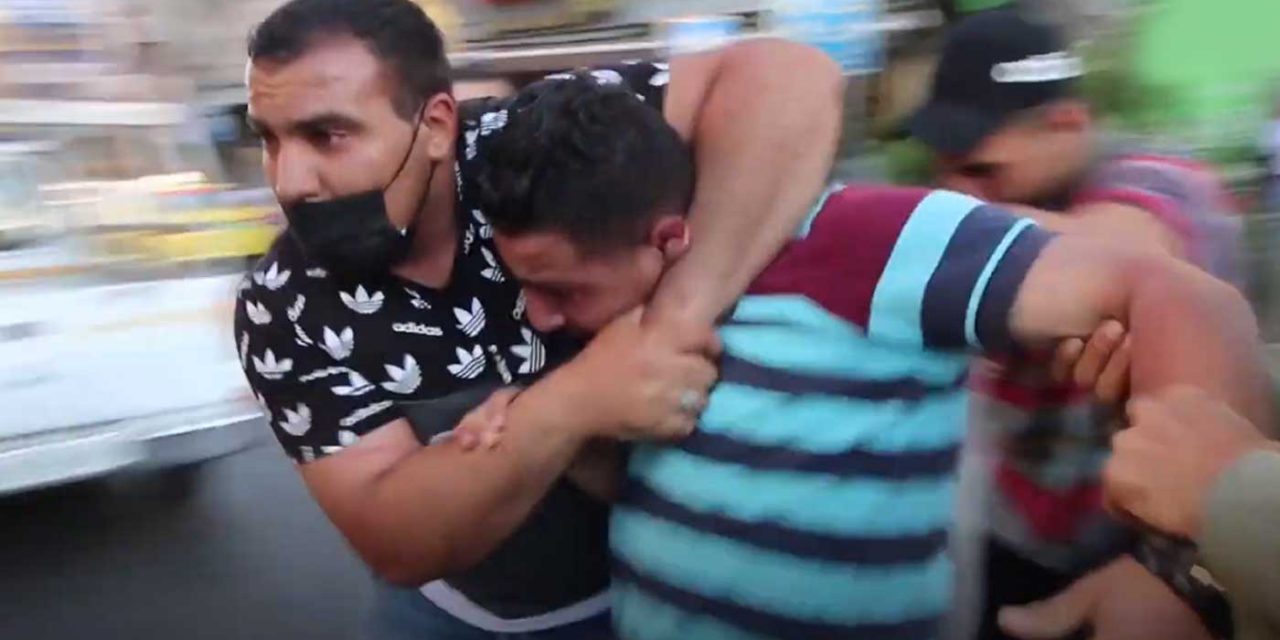 The Palestinian Authority (PA) has come under fire for its brutal crackdown of protests, including attacks on journalists to stop them from reporting on events. The PA’s aggression came after its forces are alleged to have brutally murdered a political rival and critic of Abbas’s regime.

On Thursday, 24 June 2021, Palestinian Authority security forces raided the home of Nizar Banat at his property in Hebron at 3:30 am local time, severely beating him with metal clubs for several minutes before transferring him to a detention centre where he died.

Banat’s cousin Hussein told Reuters news agency: “They kept beating him continuously for eight minutes. If you came to arrest him, take him. Why the brutality? And why the violence?”
The family said that about an hour and a half after the raid the family learned through WhatsApp groups that Mr Banat had died.

This account of the situation was denied by Hebron Governor Jamil al-Bakri who said the public prosecution had issued a summons for Mr Banat and that “during the arrest his health deteriorated”.

“He was immediately transferred to the Hebron Government Hospital. After he was examined by doctors, he was pronounced dead,” he added.

Mr Banat, 43, had been arrested several times by the PA’s forces in recent years.

He often posted videos on Facebook in which he directly accused powerful individuals of corruption. He also urged Western countries to stop providing financial aid to the PA.

He was also a candidate in the elections that were supposed to take place in May but were cancelled at the last minute by Abbas, blaming Israel but likely fearing defeat.

Human rights groups have long accused the PA of carrying out brutal attacks on political rivals and critics of their regime. Abbas, who is 85, is currently serving his 16th year in office despite only being elected to serve one term of four years, a dictator in any other part of the world.

Banat’s death sparked protests in Hebron and Ramallah over the weekend, with thousands calling for an end to the rule of PA President Mahmoud Abbas. PA security forces cracked down on the Ramallah demonstrations, firing tear gas and arresting protesters.

It is during this brutal crackdown by the PA that human rights groups alleged that PA officers in civilian clothes deliberately targeted journalists to ensure that footage of the crackdowns did not reach the press. Some of this targeting of the press is displayed in the video below.

Aseel AlBajeh, of the rights group Al-Haq, said she was confronted by men in civilian clothing who pushed her and took her phone when she was filming Sunday’s protest in Ramallah.

“You feel completely unsafe because you don’t know if the person next to you, dressed in completely normal clothing, is going to beat you up or not,” AlBajeh said.

These attacks on journalists have led to international condemnation.

“We are deeply disturbed by reports that non-uniformed members of the Palestinian Authority Security Forces (PASF) harassed and used force against protesters and journalists over the weekend,” a spokesperson for the U.S. Embassy said.

The Office of the United Nations High Commissioner for Human Rights in the occupied Palestinian territory said one of its rights monitors covering protests in the West Bank city of Ramallah on Sunday was among dozens of people who had been attacked in a “totally unacceptable way”.

“The attack, by persons in civilian clothes, included punching, the use of pepper spray, and attempts to steal a phone being used to document events,” it said on Facebook.

The Palestinian Journalists Syndicate said reporters had been “prevented from covering events and threatened by plain-clothes forces.” It demanded the PA “prosecute those who assaulted journalists, and bring them to justice”.