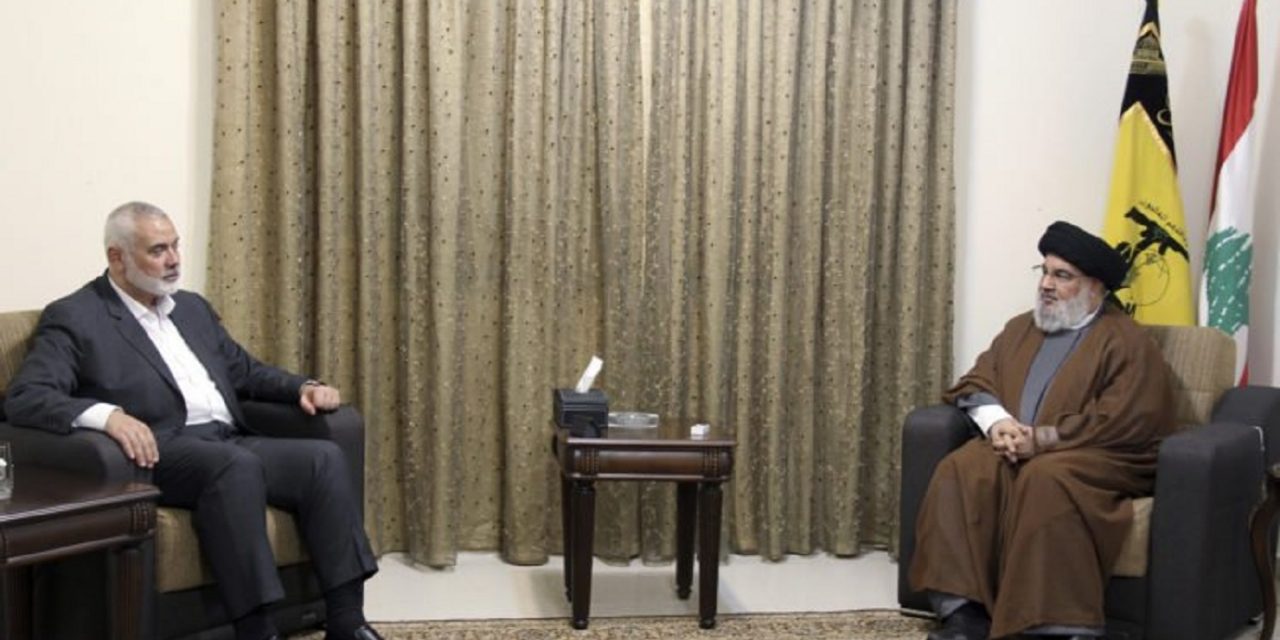 The leaders of Hamas and Hezbollah have met together in Lebanon this week in the latest indication of the close affiliationn between the Lebanese-based and Gaza-based terror groups.

On Tuesday, Haniyeh and Hezbollah leader Sayyed Hassan Nasrallah discussed how they can build on the experience of the latest round of violence, according AP.

There were no comments after the meeting that brought Nasrallah and Haniyeh together. It was the first between the two since September.

Both Hamas and Hezbollah are backed by Iran.

Iran has for decades supported Hamas, the Palestinian terror group that controls Gaza and whose own interests in battling Israel align with Iran’s. Iran has provided Hamas with financial and political support, weapons and technology and training to build its own arsenal of advanced rockets that can reach deep into Israeli territory.

During the recent 11-day conflict between Hamas and Israel, Iran’s supreme leader, Ayatollah Ali Khamenei, commended Palestinians for their battle against Israel and said all Muslim nations must assist Palestinians “with military development, with financial developments.”

Meanwhile, Iran is believed to fund Lebanese-based Hezbollah at least $100 million each year, although both Western diplomats and analysts in Lebanon have stated that the group receives closer to $200 million yearly from the Islamic Republic.