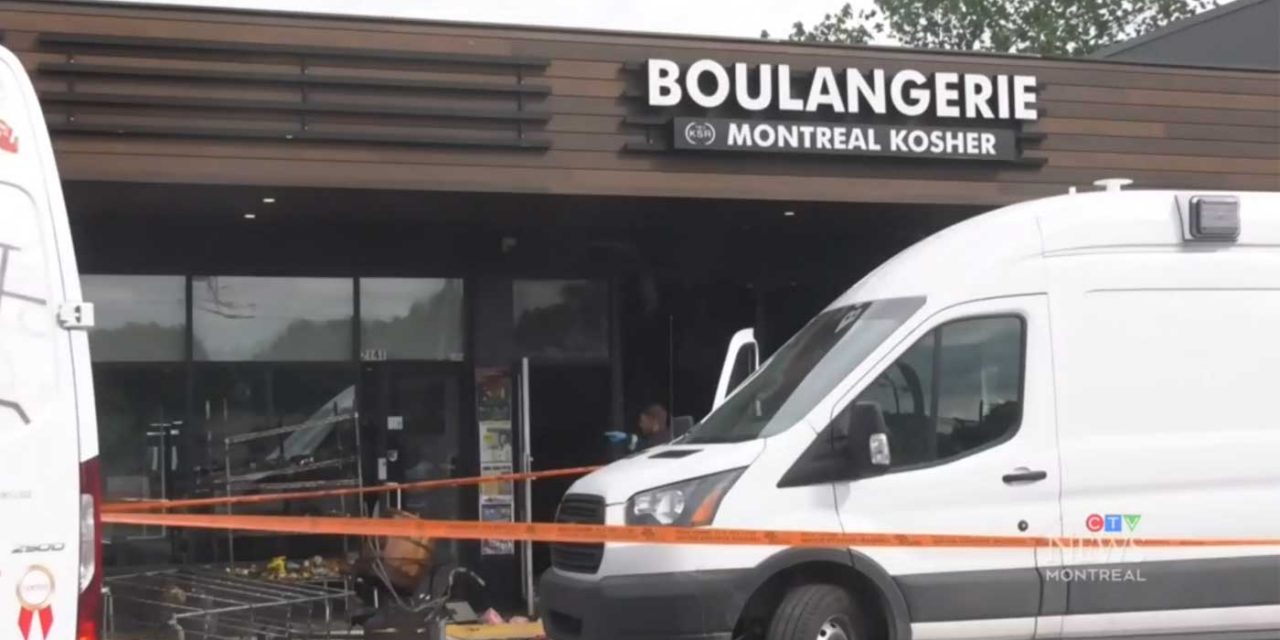 Two kosher restaurants on the same street have been targetted by arsonists in what appears to be targetted attacks on Jewish establishments. Although police fail to recognise these as hate crimes.

Montreal, Canada has seen two of its local kosher eateries attacked in similar style in recent weeks. On Monday, at approximately 1:40am, the Montreal Kosher Bakery had a window broken and an incendiary device thrown inside. Just two weeks earlier, the Chez Benny Express kosher restaurant was also attacked in a similar manner.

While no fire took hold in the first attack, a small fire began in the bakery that was put out immediately after firefighters arrived, according to The Suburban newspaper.

“We are appalled to see Montreal Kosher Bakery, an important business in our community, become the latest victim of a potential hate crime,” tweeted B’nai Brith Canada. “We will continue to stay in touch with the police on this matter and encourage everyone to stay vigilant.”

Investigators are currently searching for whoever was responsible.

Unfortunately, the police are not treating the crimes as hate crimes because they say there is no evidence of them being anti-Jewish, such as anti-Semitic graffiti. However, both attacks have happened using the same equipment and the only two places in the entire city that have been targetted have been visibly Jewish.

“There was minor damage caused to the bakery, only a window at this point that was broken,” said Jean-Pierre Brabant, a spokesperson with Montreal police.

“I know for a fact two weeks ago, a couple of doors down, there was the same damage,” Brabant stated, noting the force does not yet know if the two incidents are linked. “At this point, I know the Benny [incident] is being treated as arson, not a hate crime.”

“This one we are looking at is still arson because nothing leads to say it is a hate crime, no graffiti or anything that mentions hate against Jewish people,” he explained.

As the Jewish community are the only one targeted in these incidents it has understandably spread fear in the community. One woman told CTV News that she and her daughter would eat out every morning at kosher establishments but that they were now too afraid to do this.

We hope authorities will find those responsible and discover the motive behind these attacks.