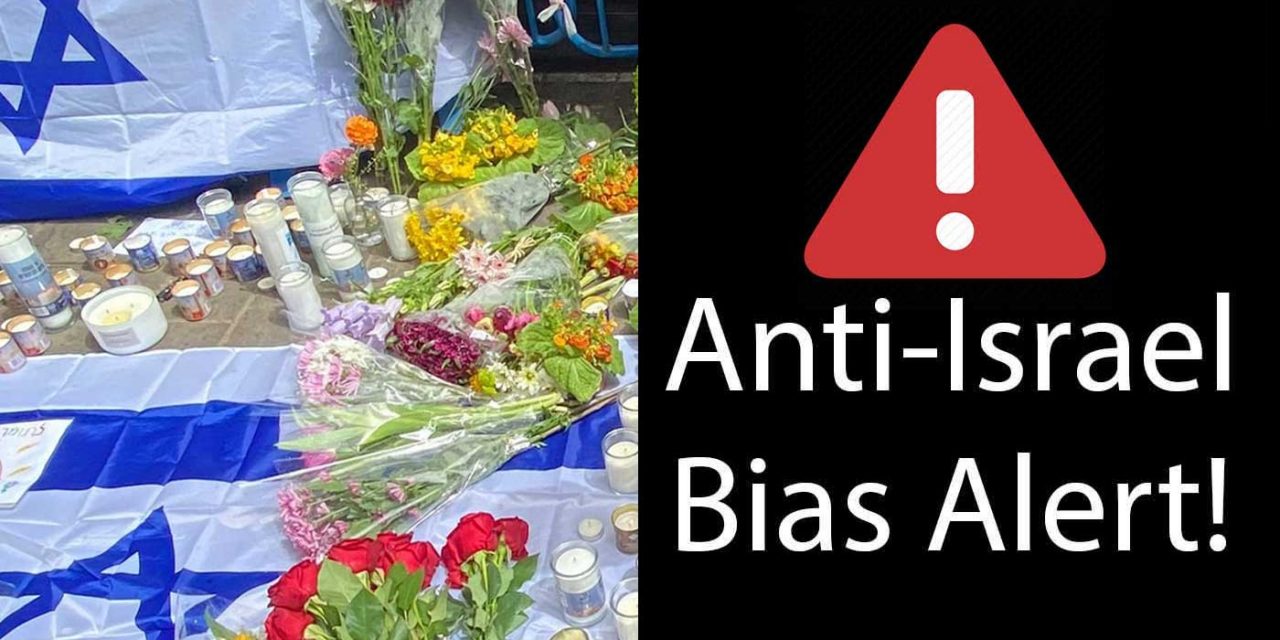 This week we saw another brutal terror attack carried out by a Palestinian terrorist against Israeli civilians. Shamefully, some media outlets failed to tell the true story in their media headlines. And as anyone who works in the social media world knows, headlines are the only part that gets read by the majority of people.

On Thursday evening, three Israelis were murdered by a radical Islamist gunman and fourteen others were wounded. The gunman fled the scene and was later killed in a gunfight with Israeli police.

After such a horrific crime, you would expect headlines to speak of the victims, the Israelis who were murdered, and would highlight the atrocities of the terrorist. Or, you might expect a headline that highlights the wave of Palestinian terrorism against innocent Israelis.

Sadly, that wasn’t the case for every media corporation and two bad examples come from the BBC and The Guardian, with the latter being particularly egregious.

NOTE: Only two of the victims had succumbed to their wounds at the point these headlines were written, the third victim died the next day. 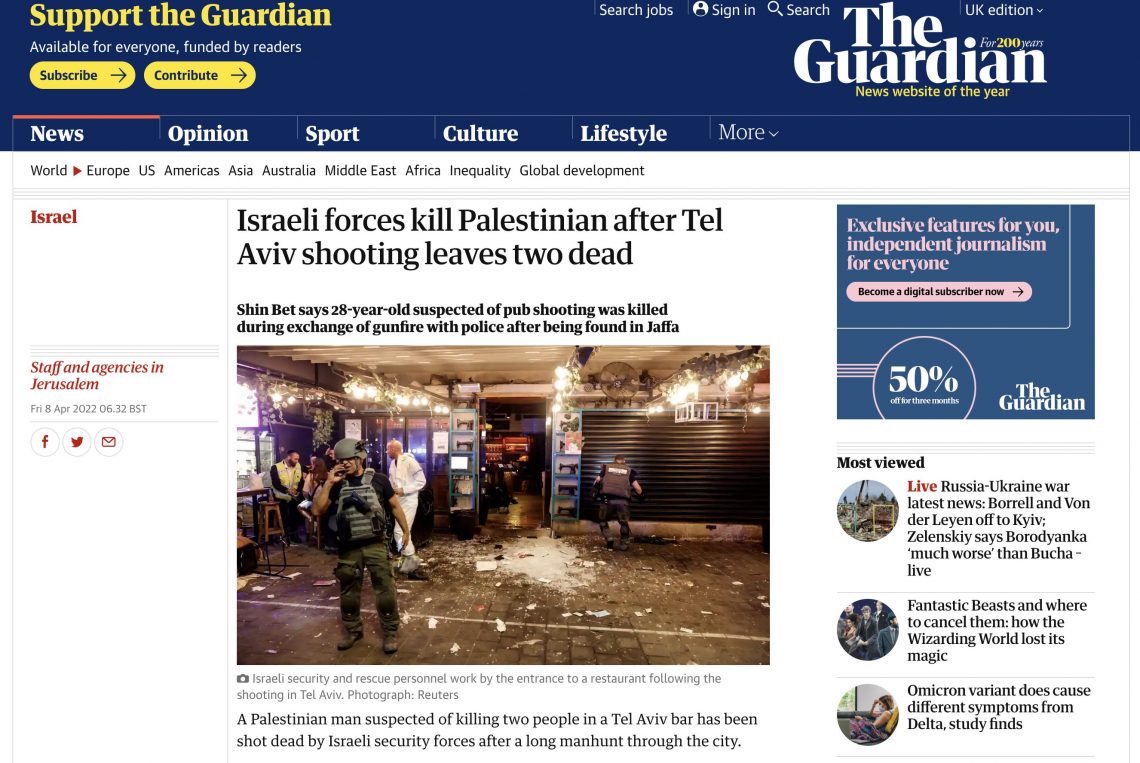 What an awful headline by The Guardian.

This twisting of words may technically be correct, but to the reader, it places the Palestinian as the victim and the aggressor as Israel. It also erases the real victims of the terror attack, the Israeli civilians, who were two friends having a drink together with one looking forward to celebrating his engagement the next day.

Let’s be clear here, the Guardian painted the murderer as the victim. They ‘played defence’ for a terrorist who had a radical Islamist ideology similar to that of ISIS. They also erased the real victims of this terror attack, the Israeli civilians being murdered in cold blood.

Just imagine if they had written the headlines of the Westminster Attack in 2017 in a similar way. They would have read something like, “London police shoot dead Muslim man after deadly Westminster attack.” That headline doesn’t give a true picture of what happened, which was that an ISIS terrorist murdered five people, including one police officer, in a car-ramming and stabbing attack in Westminster.

We would never accept such a warped headline about that event. And we should never accept this whitewashing of Palestinian terrorism, even if it is expected from an anti-Israel newspaper such as The Guardian.

The BBC’s headline was better but still didn’t paint the correct picture of the incident. 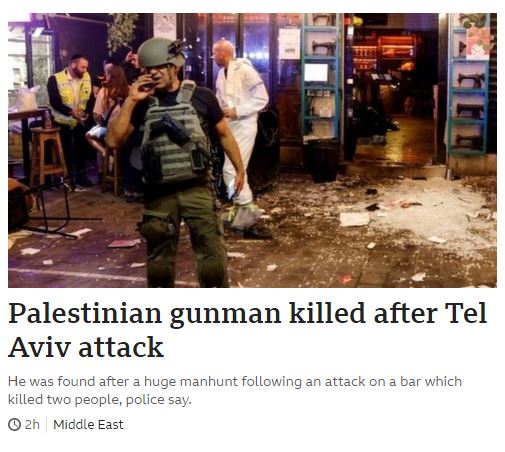 Again, the emphasis is on the Palestinian who died. It doesn’t mention that he was a terrorist who had murdered people. It has no mention of Israeli victims at all. And it could be misunderstood to be simply a domestic shooting rather than a terror attack.

Just to reemphasise this point: This was a radical Islamist terrorist with an ideology similar to ISIS who murdered innocent Israelis.

The BBC should have worded its headline, “Palestinian terrorist murders three Israelis in Tel Aviv.” Or at least something similar. Instead, they again painted the Palestinian as the one killed and failed to mention the victims – they erased the victims of terrorism.

We do accept that The Guardian’s actions were far more egregious in this instance than the BBC. However, we should still hold both to account as even the little things add up to a bigger picture. The Guardian is blatantly anti-Israel, whereas the BBC claims to be neutral while showing us time and time again that it is not. We expect more from our publicly funded broadcaster.