Opinion: It’s hypocritical to condemn the antisemitism you incite 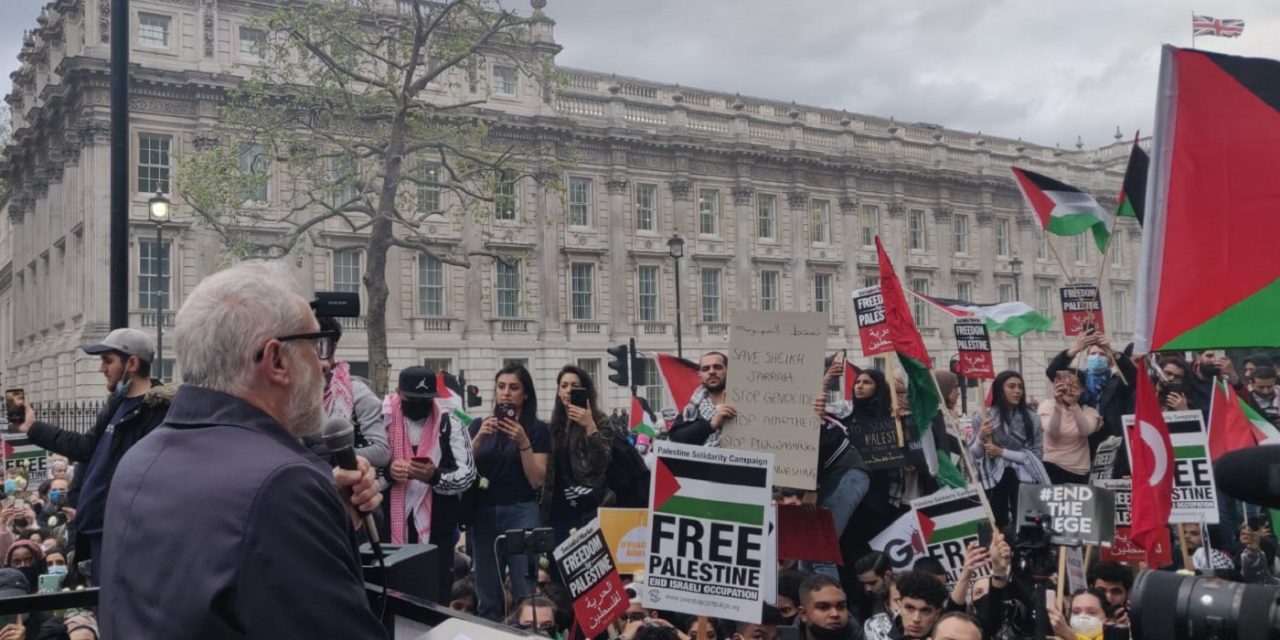 The UK has seen an alarming surge of anti-Semitism over the past week, as 3000 miles away Israel is bombarded with Hamas rockets on a daily basis. Coincidental? Certainly not. The Israel-Gaza conflict of 2014 triggered some of the highest figures of anti-Semitism on record and a similar trend is emerging again.

Those with influential platforms play an important role in shaping the national mood towards Israel. On Saturday MPs Jeremy Corbyn and Diane Abbott were among those addressing the thousands that had gathered, blaming Israel for the ‘occupation of Palestine’ without once condemning Hamas. The next day the former Labour leader was tweeting words intended to comfort the Jewish community in light of the spate of anti-Semitic incidents triggered across London.

The reality is that failure to condemn Hamas is inciting scenes like that we have seen in London and other UK cities at the weekend. Their behaviour, and that of all those who side with attacks against Israel, is causing further division and placing the Jewish community in danger.

At Saturday’s anti-Israel protests in London, footage shows Met Police being attacked with bars and projectiles after pro-Palestinian protesters turned violent. A firework was thrown towards the Israeli embassy and protesters climbed onto a London bus causing disruption in the nation’s capital.

Demonstrator on the ⁦@PSCupdates⁩ demo in London rips apart an Israeli flag after failing to set alight in the rain. pic.twitter.com/shWXHjbQuO

Addressing the crowds earlier in the day, Corbyn and other anti-Israel activists failed to point the finger even once at terror group Hamas for being responsible for the violence.

This  deliberate omission along with verbally attacking Israel only fuels the hatred towards the Jewish state. How can anyone genuinely concerned for the Palestinian people avoid condemning Hamas? Not only are Hamas killing Jews and Arabs in Israel, their use of Palestinian civilians as human shields is a further war crime. One in every seven rockets fired by Hamas have landed in Gaza. Some of these have hit important power supply lines. What’s more, Hamas has even cut the remaining reserves in Gaza to bolster their terror campaign.

Hamas’s goal is clearly stated: to wipe Israel off the face of the earth. There are many with sincere compassion for the Palestinian people – but anyone who genuinely wants peace MUST condemn terrorism. Chants like, “From the river to the sea, Palestine will be free” might be a catchy strapline in a protest, but it effectively means replacing the State of Israel with ‘Palestine’, from the Mediterranean Sea to the Jordan River. It is blatantly feeding the same goal as stated by Hamas – Israel’s destruction.

Mr Corbyn and friends may need to be reminded that such comments are anti-Semitic. Which is why many on social media reacted cynically at his tweet denouncing the rise in anti-Semitism over the weekend. It is hypocrisy to condemn the anti-Semitism that you incite.

I was proud to stand with so many people worldwide – including Jewish comrades – in solidarity with Palestinians at the weekend. Those who use human rights abuses as licence for antisemitic hate only undermine their cause. I have always condemned antisemitism & will continue to.

Reports have since emerged highlighting the extent of anti-Semitism that was witnessed among the thousands that gathered in central London.

Jewish News also reported the presence of banners equating Zionism and Nazism – in contravention of the IHRA definition of antisemitism, while an Israeli reporter filmed a protestor claiming “Zionists” were behind the 9/11 attacks.

Then on Sunday six cars carrying pro-Palestinian protesters, drove through various areas of the London Jewish community with a loud-speaker shouting obscenities against Jews including for the “rape of their mothers and daughters”.

According to latest figures, last week saw a 438 percent rise in antisemitic incidents in the UK. A similar rise has been seen in other countries.

It is often said, ‘what starts in Israel doesn’t stay in Israel’. Any person wanting to genuinely stand against anti-Semitism, must stand with the State of Israel against terror.