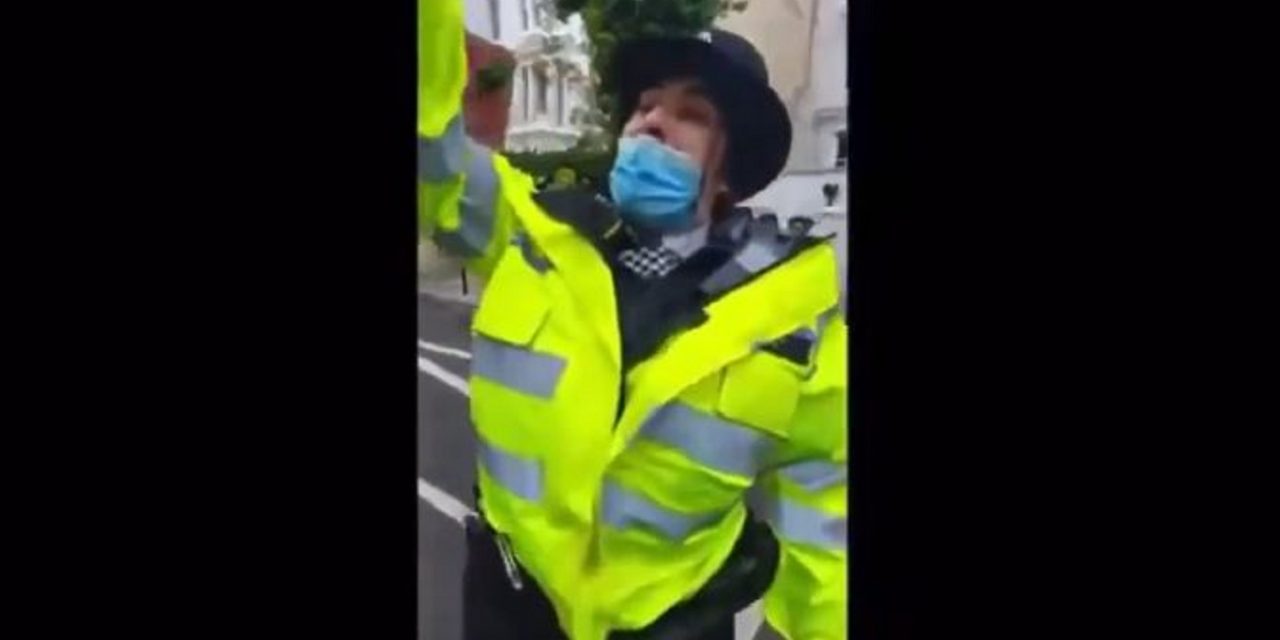 The Metropolitan Police are investigating an officer who was filmed shouting ‘free Palestine’ at the protest in London on Saturday. The uniformed officer was filmed hugging demonstrators and accepting a white rose from one of them.

Responding to someone who posted the clip on Twitter, Police Chief Superintendent Roy Smith said: “I can confirm that colleagues at Met Contact Centre are aware of this incident and it has been passed to the relevant department for investigation.

“Whilst we expect officers to engage they must remain impartial.”

The video shows demonstrators encouraging the officer to ‘jump in’ and join them.

She shakes her head and says ‘I really want to’ and says: ‘If I wasn’t in this uniform’. When she says she is originally from Iran, one of the protesters says: ‘You should be joining us, you’re one of our people, come on man.’ After the demonstrator hugs her and walks away, the officer can then be heard shouting: ‘Free, free Palestine.’

“Don’t worry, the police will protect us.” pic.twitter.com/hz39RnXs7O

A Metropolitan Police spokesman told Jewish News: “We are aware of a video that has been posted on social media which shows an officer joining in with chanting while on duty at a demonstration.

“While officers are encouraged to positively engage with those attending demonstrations, they know they are not to actively participate or adopt political positions. This is vital to ensuring the public have confidence in our officers.

“The Directorate of Professional Standards has been informed and are investigating the full circumstances of this incident and to determine what further action is appropriate.”