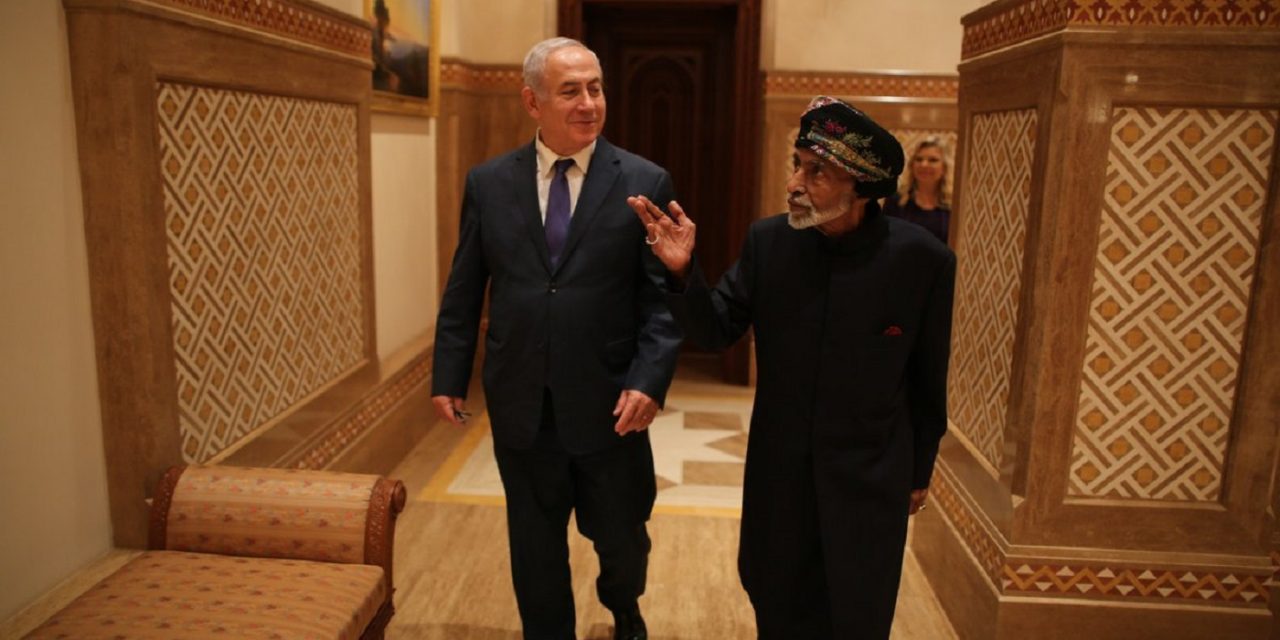 Oman has publicly called on Middle East countries to accept Israel after Prime Minister Netanyahu made an unannounced visit to the Arab Muslim state, which has no diplomatic ties to Israel.

Three days after unusually inviting Netanyahu to Oman, the Arab state asked its neighbours to accept and recognise the Jewish state as a key and equal partner in the Middle East.

“Israel is a state present in the region, and we all understand this,” Yousuf bin Alawi bin Abdullah, the sultanate’s minister responsible for foreign affairs, told a security summit in Bahrain.

“The world is also aware of this fact. Maybe it is time for Israel to be treated the same [as others states] and also bear the same obligations”, he added.

Accepting the invitation by Sultan Qaboos, Netanyahu accomapnied by his wife Sara, Mossad intelligence chief Yossi Cohen and National Security Advisor Meir Ben-Shabbat made the historic visit to Oman, which was only made public after the Israeli delegation returned home last Friday afternoon.

Israel said the trip came “after lengthy contacts between the two countries”.

Unusually, the trip was prominently highlighted in Oman’s state media. Arab governments often prefer to keep their contact with Israel as discreet as possible.

Like most Arab countries, Oman does not have formal diplomatic relations with Israel. Two previous Israeli prime ministers have visited Oman but this was the first trip since 1996.

“A special visit in Oman — we’re making history!” Netanyahu wrote on Twitter, posting a video of his reception and meeting.

Mr Netanyahu’s office said the prime minister and the sultan discussed “ways to advance the peace process in the Middle East” as well as other issues of “joint interest”.

The Israeli government hailed the visit as “a significant step” in Mr Netanyahu’s policy of “deepening relations with the states of the region while leveraging Israel’s advantages in security, technology and economic matters”.

Oman is also apparently offering ideas to help Israel and the Palestinians to come together, but is not acting as mediator, according to Yousuf.

“We are not saying that the road is now easy and paved with flowers, but our priority is to put an end to the conflict and move to a new world,” Yousuf told the summit.