The Balfour Declaration: The story that paved the way to the rebirth of Israel 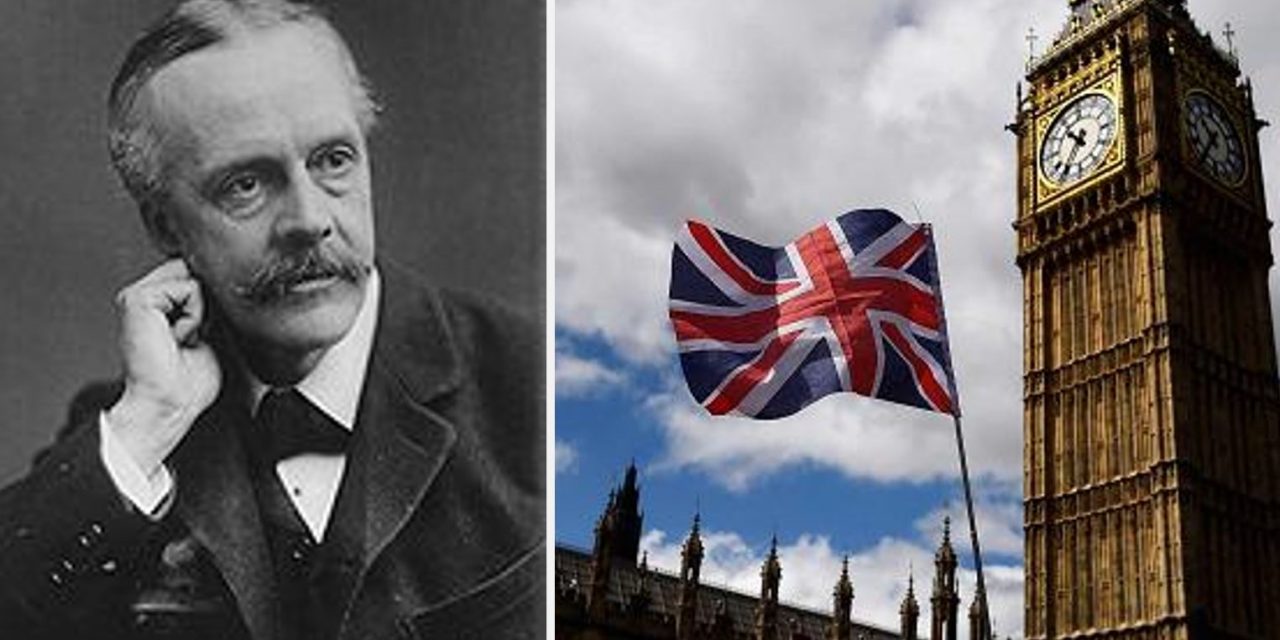 A Jewish homeland would take courageous politicians who were prepared to repair an historic wrong. And it would be another friendship between a Christian and a Jew that would pave the way.

The ground was ready for a breakthrough. The Christians of Britain no longer needed convincing about the idea of a Jewish homeland. However, Palestine was not Britain’s land to give to the Jews as it was ruled by the Turks.

Fortunately, that didn’t stop Britain from strategically planning for a time when the Ottoman Empire would collapse.

British politician Arthur Balfour was very interested in the “people of the Book”, especially having been educated in the Bible since childhood. Although not reportedly overly religious, he believed that the Jews were a people to whom Christians owed a great debt.

As Prime Minister, Arthur Balfour met a man named Chaim Weizmann. Born in Belarus, Weizmann was inspired by Theodor Herzl and dreamt of a Jewish homeland in Zion. Herzl’s death was a huge blow to Weizmann leading him to leave for Manchester in 1904 to pursue the Zionist idea. It was in this northern industrial city that he became a biochemist and leader among British Zionists.

In their first meeting in 1906, Balfour, who was at the time Prime Minister of Britain, raised with Weizmann the idea that, instead of Palestine, the Jews be offered Uganda as a homeland – something that the Zionist leadership had turned down three years earlier. Their conversation went as follows:

“Mr Balfour, suppose I was to offer you Paris instead of London, would you take it?” said Weizmann.

“But Dr Weizmann, we have London”, replied Balfour.

“That is true,” Weizmann said, “but we had Jerusalem when London was a marsh”.

“Are there many Jews who think like you?” asked Balfour.

Weizmann replied, “I speak the mind of millions of Jews.”

Weizmann didn’t give up. He formed a group of young men from Manchester providing him with the enthusiasm and abilities to pursue the dream. Two of these ambitious young men were Simon Marks and Israel Sieff, who were in the process of turning Marks & Spencer from a family business into a nationwide retail giant.

Weizmann described the pair as the “David and Jonathan” of British retail and “young and energetic. They were practical and knew that work could not be done without a budget”.

Strengthened by the support from his band of motivated Manchester Zionists, Weizmann advocated passionately for a Jewish state and eventually met Arthur Balfour again in 1915. It would be a world-changing meeting.

Balfour was blown away by Weizmann’s impassioned advocacy of the Zionist cause. Weizmann reported that Balfour was “moved to tears”.

In a remarkable contrast to nine years earlier the former Prime Minister declared,

“It is not a dream, it is a great cause and I understand it”.

The events that followed would change the course of history.

In 1916, David Lloyd George became Prime Minister and Balfour was appointed as Foreign Secretary. Weizmann now had the support of the key decision-makers in the British government.

Geo-politics in the Middle East made a “Zionist Palestine” attractive to the British government. On 31 October 1917, the moment the British War Cabinet were finalising wording of what became known as the Balfour Declaration, unbeknown to them, Allied forces won their first victory in their campaign to liberate Palestine from the Turks.

On 2 November 1917, the day this news reached London, Arthur Balfour wrote his famous letter to Lord Rothschild and the dream of a Jewish homeland was a step closer.

“His Majesty’s government view with favour the establishment in Palestine of a national home for the Jewish people, and will use their best endeavours to facilitate the achievement of this object”

The following month the British army, led by Field Marshall Allenby, marched into Jerusalem and brought the home of Jewish people under British rule.

Through the campaigning of Weizmann and support from Balfour and Lloyd-George, it was a defining moment in Britain’s support towards the establishment of a Jewish home in their historic land.

Although British policy on the Jewish state would waver considerably over the coming decades, this achievement in 1917 gave the concept a legitimacy that it never lost.

Thirty-one years later, the State of Israel became a reality.

But the decision was not merely a political issue. The establishment of the State of Israel was reinforcing the legal entitlement already given to the Jews by God.

“All the land that you see I will give to you and your offspring forever.” Genesis 13:15 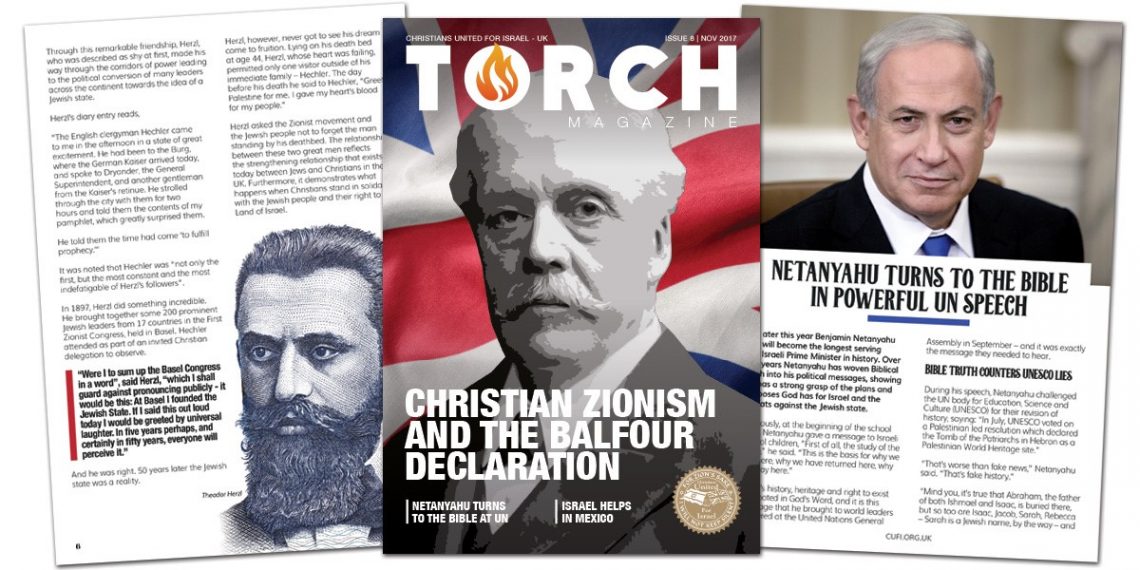 After this new era of hope, however, a change in government meant that Britain’s treatment of Arabs and Jews, political dealings with the Arab nationalist movement and deceitfulness towards the Jewish people, sadly prompted many Jews to leave their ancient homeland in the 1930s and 1940s, with many settling in Europe. This put many more Jews in harm’s way and to compound this issue any Jews attempting to escape Hitler’s regime were turned away from the British Mandate of Palestine and sent back by ship because of another failed British policy.

The Holocaust that followed in mainland Europe led to the death of six million Jews, and while it would not have stopped the Holocaust, there is a feeling among British Christians that had Britain kept its promise to the Jewish people, many lives could have been saved.

Three years after the Holocaust ended, on 14 May 1948, Israel declared its independence a day before the British mandate was set to expire. The creation of the State of Israel was a fulfilment of the Biblical promise that the Jewish people would one day return to their homeland. And it was the Balfour Declaration that paved the way for this to happen.

One hundred years after the historic signing of the Balfour Declaration, the State of Israel is thriving. Israel stands as a beacon of light in a very dark region of the world. It has changed the world through innovation and technology and stands as the only true democracy in the Middle East and it is the safest place for Christians in the region.

At CUFI, we believe Christians have a unique opportunity to stand with our brothers and sisters in Israel and commit to speak out whenever and wherever necessary until the Jewish people are finally living in peace and security.

To read the complete article, Christian Zionism in Britain and the Balfour Declaration, CLICK HERE