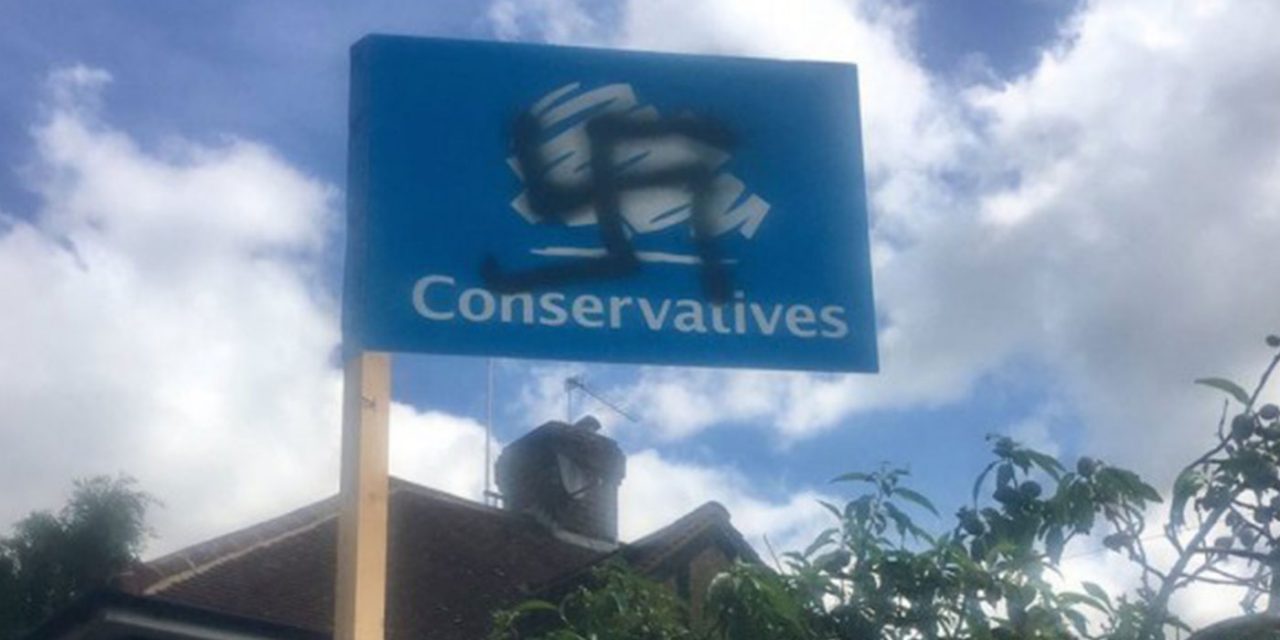 An election placard for Conservative politician Zac Goldsmith has been defaced with a swastika, ahead of polling day on Thursday.

The Tory hopeful for Richmond Park posted a picture on Facebook, of the blue poster  which simply reads ‘Conservatives’ outside a house, which had been vandalised with the Nazi symbol.

Goldsmith said: “Lots of you have emailed me about defaced posters in the last few days. We will make sure to replace all of them. You know you’ve lost the argument if you have to resort to stuff like this”.

Goldsmith, who is not Jewish, has previously stated he has suffered from anti-Semitism online due to his name. (Source: Jewish News)

There have been various reports of campaign posters being vandalised, with seemingly all parties suffering vandalism of their signage, however there has been disturbing trend of anti-Semitic graffiti on Conservative banners.

Yesterday, a large banner was erected in Bristol which was taken down later that day after locals were left shocked by its anti-Semitic message, which depicted Prime Minister Theresa May with a hooked nose and wearing Star of David earrings.

Last week Conservative candidate Sheryll Murray was left “sickened” after a campaign poser had two large swastikas cut into it. And Jeremy Corbyn was forced to speak out against his own supporters after BBC Radio presenter Emma Barnett was subjected to anti-Semitic slurs following an interview with the Labour leader.