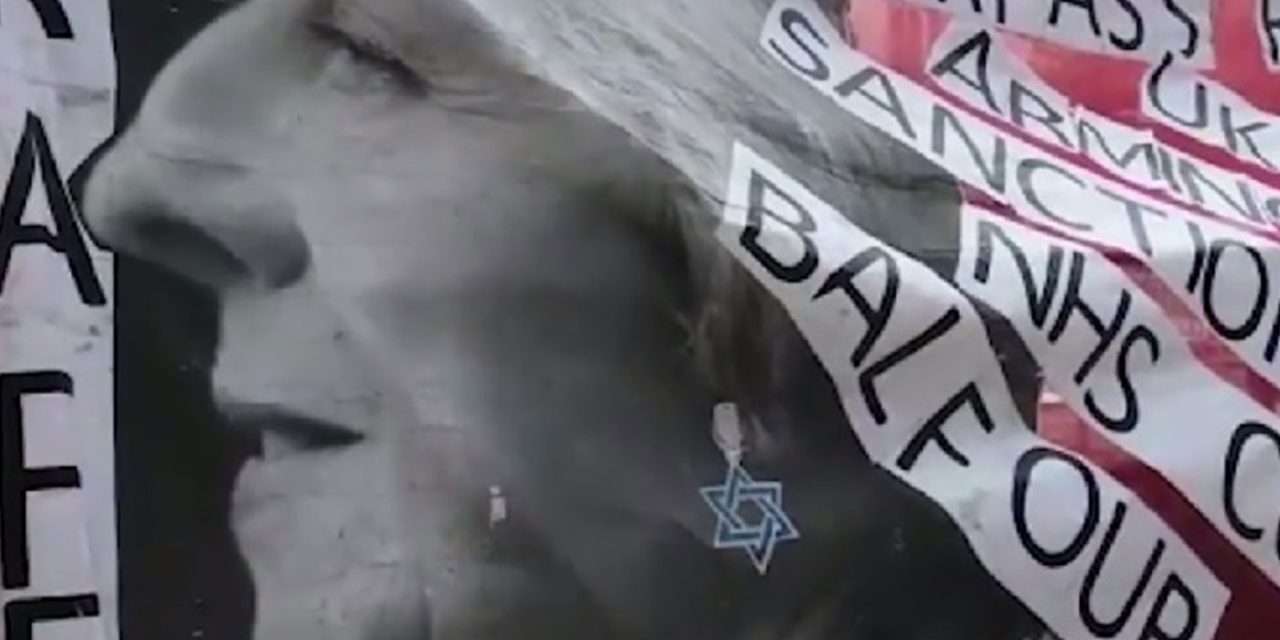 A banner put up by Labour supporters in Bristol, featuring British Prime Minister Theresa May sporting Star of David earrings, a hooked nose and reference to Balfour, has been removed by organisers after it sparked outrage from locals who branded it anti-Semitic.

The banner, placed in a key location in the city and later removed, depicted May and rival Jeremy Corbyn of the Labour party facing each other, with slogans like “Balfour,” “causing ISIS,” “sanctions kill,” and “NHS cuts” on May’s side and “youth vote,” “skilled jobs” and “no student debt” on Corbyn’s side.

Local residents expressed their “shock” at the message, with one resident saying it made her feel “sick”.

The massive poster was put up on Tuesday morning, just two days before the elections on June 8. It was voluntarily removed by organisers by evening time after the backlash.

An organiser who put up the banner rejected the anti-Semitism charge, saying: “It’s not meant to be that at all. It’s a tiny element of the whole banner.”

“What we are doing with that symbol – it’s an earring – is a reference to Theresa May’s government’s relationship with Israel,” Nima Masterson told the Bristol Post.

“It is a critique of her foreign policy, rather than against religion.”

“I’m definitely not an anti-Semite. I have Jewish friends, and my half brother and sister are Jewish,” he added.