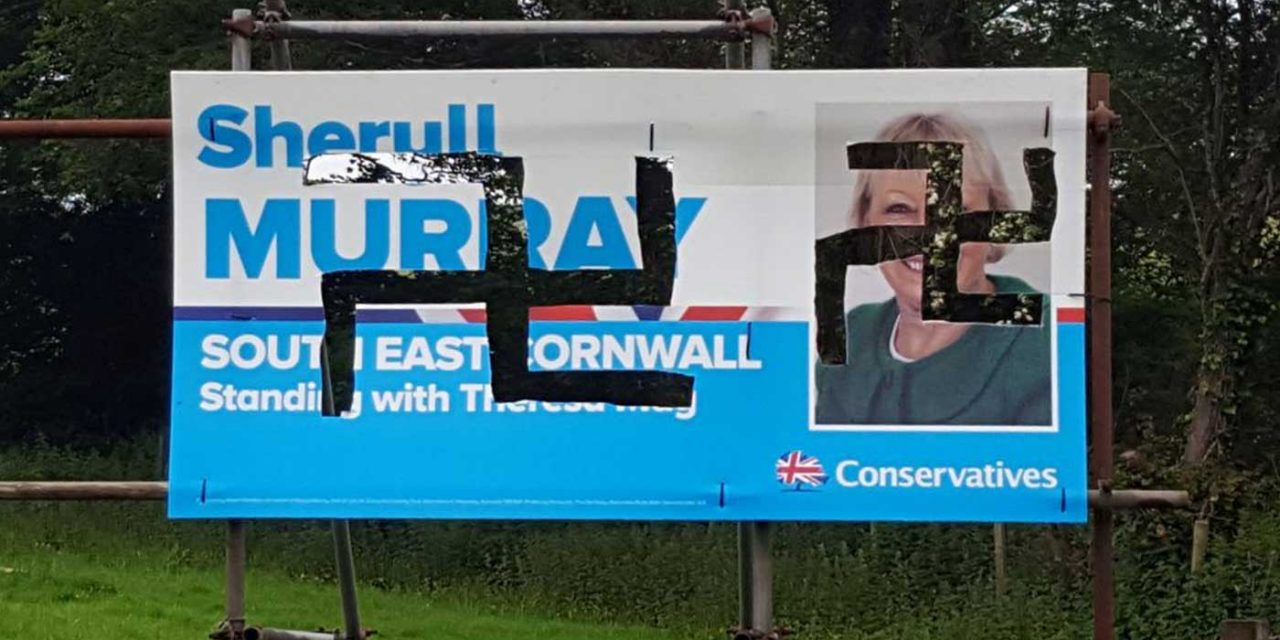 Conservative candidate Sheryll Murray was left “sickened” after a campaign poser had two large swastikas cut into it.

Sheryll Murray, who is standing for re-election for South East Cornwall, condemned the attack.

Mrs Murray, who is a member of the Conservative Friends of Israel group in Parliament, is also a supporter of Holocaust Memorial Day and has visited the Auschwitz concentration camp, according to the Jewish News.

“I am sickened by this attack on my posters which was signed with a swastika,” she said.

“This symbol is incredibly offensive to both Jews who lost so many and the British who stood firm against its tyranny.”

Mrs Murray’s election agent, Bob Davidson, said: “This is clearly an attack from a group who despise Sheryll’s longstanding support for the Jewish community.

“The posters were cut with a sharp implement so clearly they went prepared with something that could also be used as a weapon.”