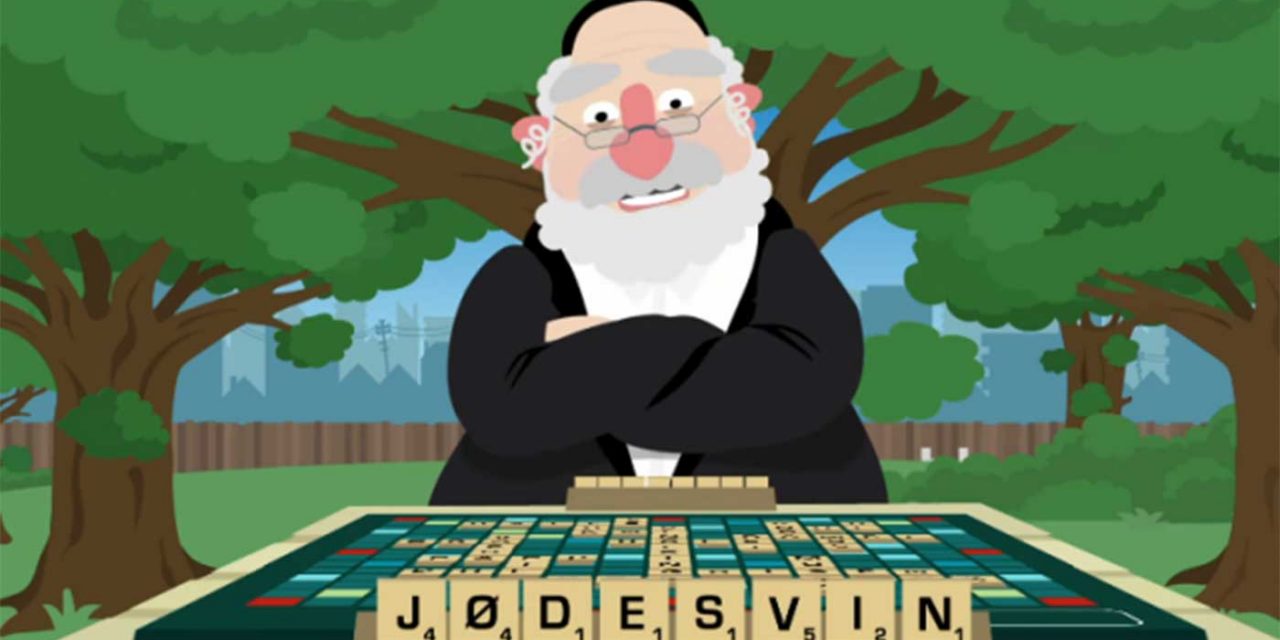 An anti-Semitic cartoon has been aired by Norway’s state broadcaster. It appears to be an attempt to highlight anti-Semitism, but has instead been labelled anti-Semitic.

The video, posted online earlier this month by the state-owned NRK network, is titled “Scrabble” and was captioned “tag a Jew” on the Facebook page of the animators who created it, Norske Grønnsaker.

In it, a grey-haired man wearing a yarmulke and dressed like a haredi Jew is playing Scrabble with a younger man in shorts. The Jew is frustrated over how long his opponent is taking to construct a word. The camera switches to the young man’s point of view to reveal that he’s constructed the word “Jew swine” (one word in Norwegian) but has not revealed it yet.

The young man sighs in frustration as the Jewish player taunts him over his Scrabble skills. “We are clearly on different cognitive levels,” the Jew exclaims.

The cartoon’s airing by NRK, which has long been said to espouse a left-wing editorial line, evoked unusual support and praise by far-right figures, the Jewish News reports. Praise for the cartoon includes the antisemitic Holocaust denier Hans Jørgen Lysglimt Johansen.

RK Entertainment editor Charlo Halvorsen rejected allegations that the cartoon was anti-Semitic, telling Aftenpost Wednesday: “The Scrabble player made an indecent and indefensible word that we can’t and shouldn’t use. But he’s tempted to win.”

That has not calmed concerns of the Jewish community, however, with one of Britain’s leading Jewish organisations, the Board of Deputies, speaking out against the video.

Board of Deputies Senior Vice President Sheila Gewolb said: “Antisemitism and antisemitic tropes need to be called out wherever they appear.

“It is appalling and deeply offensive for Jewish people to see Norway’s state broadcaster NRK air a ‘Jewish swine’ cartoon.

“NRK needs to take down the cartoon and immediately apologise.”